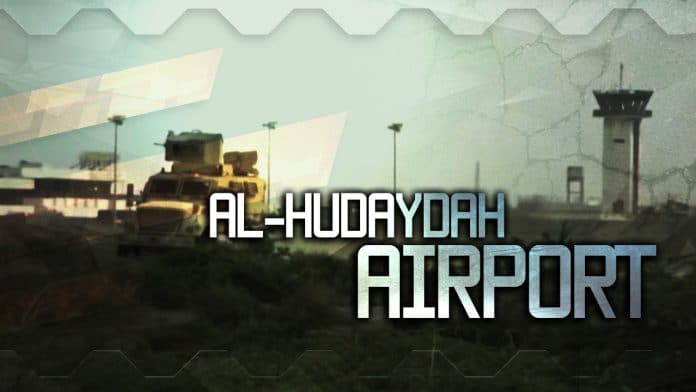 Fierce clashes between the Saudi-led coalition’s forces and the Houthis are ongoing near the port city of al-Hudaydah in western Yemen.

On June 19, the coalition’s forces once again entered the al-Hudaydah airport claiming that this time they really captured it. However, they were not able to establish full control of this important facility because of a fierce resistance from the Houthis. On June 20, clashes in the area continued.

Since June 13, when the coalition kicked off its advance on al-Hudaydah, pro-Saudi sources had claimed at least 3 times that the airport is in the hands of the coalition. All these claims appeared to be false.

The control of the airport is an important if the coalition wants to storm the city from the southern direction.

At the same time, coalition-led fighters continued their attempt to outflank al-Hudaydah from the eastern direction, engaging the Houthis in the Matahin square area. While the square remains contested, the highway linking al-Hudaydah and the Yemeni capital, Sanaa, is already closed because of the clashes.

The only save highway from the besieged city is heading in the northern direction.

In turn, the Saudi-led bloc expanded its bombing campaign on the besieged city. Airstrikes aimed at alleged positions of the Houthis are also destroying the civilian infrastructure and cause civilian casualties.

Pro-Saudi sources provide contradictory numbers, but in general, they claim that about 30 strikes hit the city and its vicinity on a daily basis.

On June 18, Anwar Gargash, the UAE’s minister for foreign affairs demanded from the Houthis to withdraw “unconditionally” from Hudaydah. Then, he claimed that the coalition’s forces kept the Hudaydah Sanaa highway “open for the Houthi militias to withdraw”. However, by June 20, the highway had been closed because of clashes. This is another signal that the sides can hardly find a solution to de-escalate the situation.

Separately, the Houthis launched a Badr-1 rocket at an oil facility of the Saudi state company Aramco in the Abha area of the province of Asir. Another rocket, Qaher M2, was launched at positions of the coalition’s forces in the western Yemeni coast.

As the battle for al-Hudaydah is developing the Houthis will likely expand their missile strikes at the coalition’s forces in Yemen and important targets in Saudi Arabia.