[ Editor’s note: Some would say “better late than never” on this case, but it is beyond me how the Israeli police could drag this thing on for so long, as it was nothing more than your usual greedy political people wanting “more, more, more”.

That said, we should maybe rent some Israeli cops to help us penetrate the protection that Israeli espionage gets in this country, a complete stand down from law enforcement to prosecute, even after a long investigation.

I am sure that Trump has called Bibi to advise that he can just pardon his wife. But who knows – maybe Bibi doesn’t want to. Maybe he wants to party big time like Trump used to do during the wild bath house days in New York City.

As for Sara, if she has to do hard time, at least she has the satisfaction of carrying around a lot of those expensive meals served at her house, around her waist that is.

Who would believe it – a dysfunctional political family is able to con the Jews in Israel that they should be the first family. Maybe they aren’t as smart as they are made out to be. Let me know what you think in the comments … Jim W. Dean ]

Israeli Prime Minister Benjamin Netanyahu’s wife, Sara, has been indicted for aggravated fraud and breach of trust over the misuse of public funds at their official residence.

According to the indictment released by the Israeli “justice ministry” on Thursday, Sara Netanyahu, along with a regime employee, fraudulently ordered hundreds of meals worth $100,000 from gourmet restaurants between 2010 and 2013 in violation of rules barring such practice when the prime minister’s residence has a cook.

The Israeli premier’s wife further directed the residency workers to hide the employment of a cook “so that this won’t be found out by the treasury and the office manager,” according to the indictment.

In recent months, Netanyahu’s attorneys have tried to reach a settlement that would see no criminal indictment but the return of the funds.

The Israeli premier also faces several police investigations into corruption, but he has denied any wrongdoing and dismissed the accusations as a media witch hunt.

Some 2,000 Israelis take to the streets of Tel Aviv to demand the resignation of PM Benjamin Netanyahu over a series of corruption scandals.

Netanyahu is suspected of having received luxury gifts from businessmen overseas in Case 1000.

He is also being investigated in Case 2000 for an alleged media bribery scheme to help the Yedioth Ahronoth newspaper against its competitor Israel Hayom in return for favorable coverage of the premier.

Israelis have been holding weekly protests to demand the prime minister’s resignation over the corruption scandals, but Netanyahu has described the events as part of efforts meant to topple him “at any cost.” 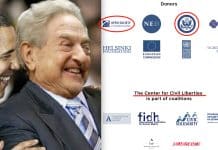 Nobel Peace Prize 2022 to Kiev NGO Created by Soros & US for Ukrainian...