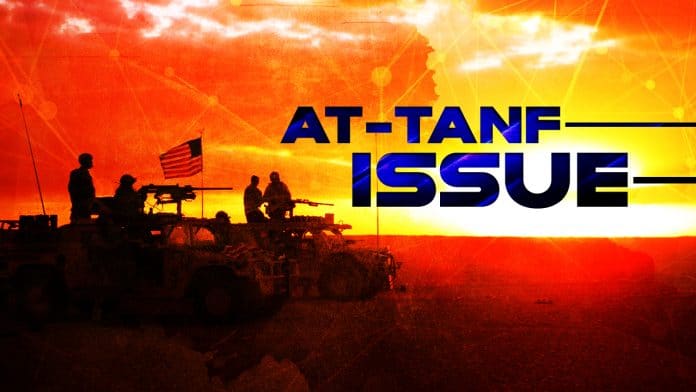 Last night, the US-led coalition bombed positions of the Syrian Arab Army (SAA) around the area of At Tanf in eastern Syria, according to pro-government sources. Two soldiers were reportedly killed.

Pro-militant and pro-US sources claim that some unidentified force attacked a US patrol and the coalition responded.

If all these claims are confirmed, this development will mark start of another round of escalation over the US-occupied area of At-Tanf.

On June 21, the Syrian military deployed BM-30 Smerch and BM-27 Uragan heavy multiple rocket launchers along with several launchers of OTR-21 Tochka missiles in the province of Daraa.

A source in the SAA told SouthFront that the deployed systems will support a military operation against militants in southern Syria.

According to pro-government sources, the Syrian military already started using rocket launchers to shell militant positions in the towns of Busra al-Harir, Malihat Al-‘Atshan and Hirak in the eastern countryside of Daraa.

Meanwhile, 7 militant groups and alliances in southern Syria have announced an establishment of the Central Operations Room in order to plan and carry out military actions against the SAA and its allies.

Since the start of the Russian military operation in Syria in 2015, militant groups have repeatedly suffered setbacks and defeats in clashes against the SAA because of a lack of cooperation and coordination among various militant groups. It seems that militants in southern Syria have learnt this lesson.

The SAA continued its operation against ISIS cells in eastern al-Suwayda puring ISIS cells in the area of Khirbat al-Hibariyah and 11 nearby settlements. According to reports, members of Hezbollah, the Syrian Social Nationalist Party and the National Defense Forces are supporting this effort.

The situation is developing over the northern town of Manbij, on which the US and Turkey has endorsed a roadmap recently. On June 21, Turkish Foreign Minister Mevlut Cavusoglu said that the Kurdish People’s Protection Units (YPG) will begin withdrawal from the Manbij area on July 4. On June 20, the US-led coalition claimed that Turkish forces will not enter Manbij.

However, the final terms and conditions of the roadmap is still not released. So, the deployment of Turkish troops in the area still remains in question.