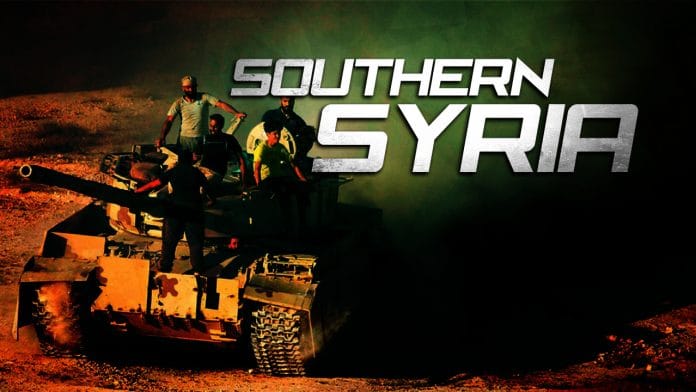 On June 23, militants in 11 settlements in southern Syria surrendered to the Syrian Arab Army (SAA) and declared their readiness to fight ISIS and Hayat Tahrir al-Sham (formerly Jabhat al-Nusra), the Russian Defense Ministry said in a statement on June 24.

According to pro-government sources, about 900 members of the Free Syrian Army (FSA) joined the SAA.

On June 24, the SAA and the Tiger Forces liberated the villages of Hawsh Hammad and Jaddel and entered the village of Busra al-Harir northeast of the city of Daraa. According to pro-militant sources, this advance was supported by the Russian Aerospace Forces.

On June 25, clashes in the area continued.

It is interesting to note that on June 23 the US Embassy in Amman released a statement saying that militants in southern Syria should not count on a US military intervention in the situation in the area when they make decisions influencing their future.

The statement comes amid reports that some FSA groups in the province of Daraa have resumed negotiations with the Syrian government and Russia on a reconciliation agreement that would allow Damascus to restore its control of the area by a peaceful solution.

On June 24, the SAA repelled an attack of Hayat Tahrir al-Sham near the village of Zlin in northern Hama. However, after the attack the situation in the area remained relatively calm.

The current situation in Raqqah is another result of the tensions growing between the Kurdish-dominated SDF and local Arab factions formally operating within the same group.

At the same time, the SDF has captured a large chunk of area near the border with Iraq reaching the Tell Safouk border crossing. Thus, the group achieved a key goal of its operation in southern al-Hasakah.

According to pro-Kurdish sources, now the group is going to focus on combating ISIS in the Euphrates Valley and in the area north of al-Bukamal.