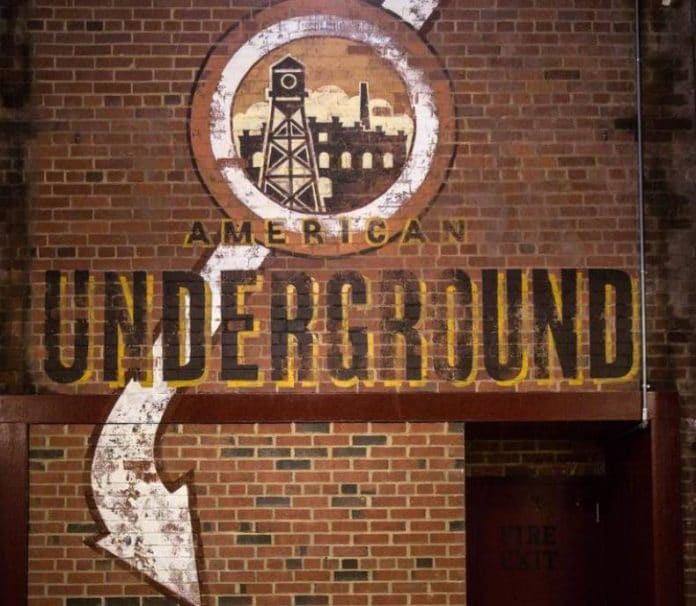 (Durham, NC)  The American Underground — a Google for Entrepreneurs Tech Hub — has launched a new program designed to help Veterans and Service Members transition from active duty to careers in growing tech companies.
To launch the program, the AU has named Tim Horan as its first “Veteran-In-Residence.” Tim is a West Point graduate, Army Football player, Afghanistan war veteran and the former COO of GoldenKey, an American Underground-based startup, and Co-founder of Veteran Capital.
“Given that NC has the third highest military population in the country, the potential impact of our Veteran-in-Residence program and Veterans talent pipeline is tremendous,’ says Doug Speight, executive director, American Underground. “The American Underground currently has six Veteran-led companies that employ 18 Veterans. We aspire to double that number within the next 24 months and build a sustainable pipeline of talent from Fort Bragg to the Triangle within three years.”
Tim’s scope as VIR is to:
* Develop talent bridges for transitioning Veterans to work with growing tech companies.
* Aid AU staff in developing programs and events to support Veterans in launching new ventures.
* Develop partnerships and facilitate stronger coordination with state and federal ecosystem players, such as Bunker Labs
* Start a company that is focused on Service or a positive social impact.
Adds Tim, “We believe that Veterans will make their companies stronger, their communities stronger, and North Carolina stronger. The Veteran Fellowship Program will create a talent bridge for the 20,000 Service Members in North Carolina that transition out of the military every year, and the 275+ startups of American Underground.”
Social Media
Program Hashtag: #AUVets
Facebook: facebook.com/AmericanUnderground
Instagram: @amerunderground
Twitter: @AmerUnderground
About American Underground
The American Underground — one of ten Google for Entrepreneurs tech hubs in North America — launched seven years ago in the basement of an old tobacco warehouse at the American Tobacco Historic District. It now encompasses over 125,000 sq ft of space in four locations in Raleigh and Durham as well as a strategic partnership with open source leader Red Hat to offer an office in Silicon Valley. Innovation partners include Google for Entrepreneurs and Lincoln Financial and founding partners include Coastal Credit Union, Duke University, and Fidelity Labs.