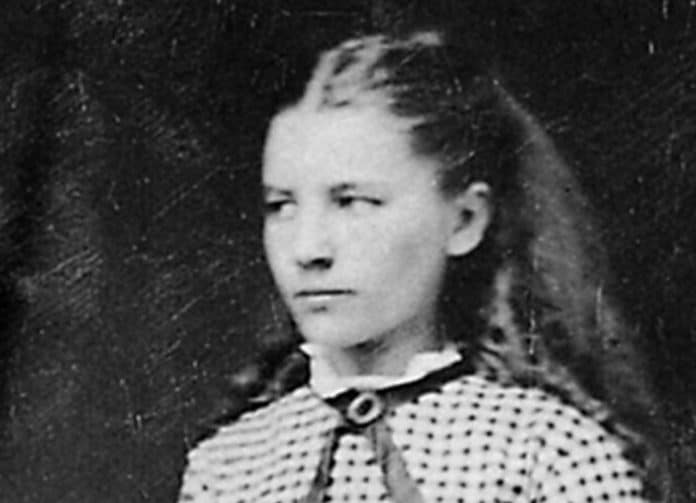 Robert Bridge is an American writer and journalist. Former Editor-in-Chief of The Moscow News, he is author of the book, ‘Midnight in the American Empire,’ released in 2013. 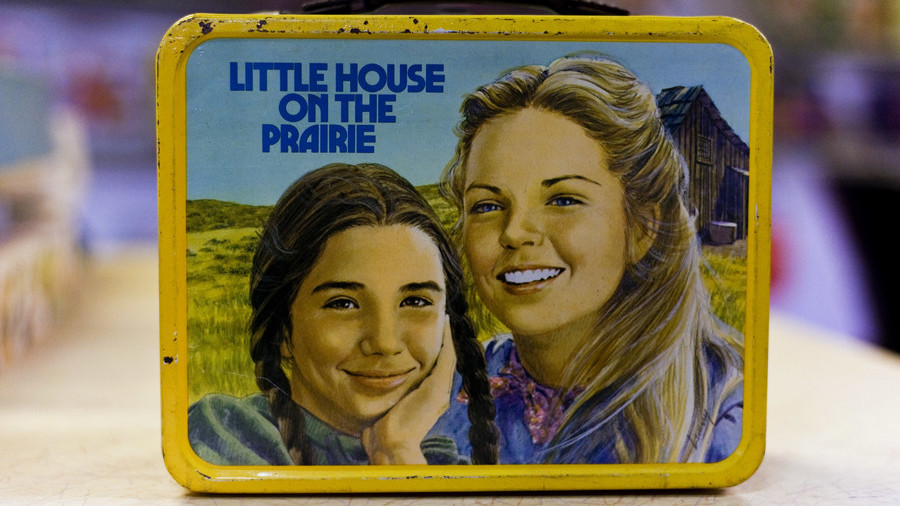 In the name of progressive politics, ‘social justice warriors’ have turned their self-righteous wrath on a celebrated early-to-mid 20th century US author whose only crime was honestly portraying the events of her turbulent age.

There are particular moments in history when no pleasure can be gained from being right. These are such times. Following last summer’s riot in Charlottesville, Virginia over the removal of a statue to Robert E. Lee, a Confederate general in the Civil War, I wrote on these pages that removing historical monuments is just one step away from “history books purged… for fear of offending somebody.” What I could not have predicted at the time, however, was that I would be writing on that very topic less than a year later.

This week, the Association for Library Service to Children (ALSC) dumped a literary award named after author Laura Ingalls Wilder, giving it instead the soulless title ‘Children’s Literature Legacy Award.’ The stated reason for dropping the ‘Laura Ingalls Wilder Award’ was due to the “anti-Native and anti-Black sentiments“ that purportedly peppered Wilder’s writing. 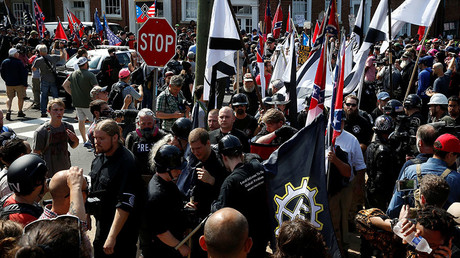 Welcome to Charlottesville – proof that political correctness is wrecking America

Before diving into that mosh pit, who was Laura Ingalls Wilder? Born in 1867, Wilder was a Wisconsin school teacher whose first book, ‘The Little House in the Big Woods’ (1932), wasn’t published until she was 65-years old. It told the semi-autobiographical story of five-year-old Laura and her life growing up in the rugged American Midwest between 1870 and 1894. In other words – snowflakes brace yourselves – it was a subject strewn with life’s occasionally vicious vicissitudes. A dozen or so other books followed, including ‘Little House on the Prairie’ (1935), which was adapted into a wildly popular television series that ran from 1974 to 1983.

For the uninitiated, Wilder’s work is ‘the real McCoy,’ the living, breathing, organic material that uncovers the very essence of the young, impetuous nation as it ambles recklessly towards an elusive maturity. ‘Little House on the Prairie’ is an artistic work of huge historic importance that provides a first-person account of a tumultuous period in America’s history; essential reading for coming to grips with the collective events behind our national origins. In other words, it’s not all roses and picnics, nor is it meant to be.

For example, in the book entitled ‘Going West,’ which has fallen on the radar of the liberal thought police, Wilders describes a character named ‘Pa’ after her own father who – like so many other adventuresome, pioneering Americans – dreamed of going “where the wild animals lived without being afraid… the land was level, and there were no trees.” And where “there were no people. Only Indians lived there.”

Did it occur to the ALA that #lauraingallswilder is a woman writer in a historical time period and that by taking her name off the award also erases a woman’s voice in significant children’s literary accomplishments http://www.nydailynews.com/entertainment/ny-ent-laura-ingalls-winder-stereotypical-attitudes-20180624-story.html?outputType=amp&__twitter_impression=true …

Today, it would be difficult to find anyone in the United States who would agree with the implicit message of that line, which essentially says that ‘Indians are not people’ (incidentally, the decision in 1953 by the book’s publisher, Harper, to change the term ‘people’ to ‘settlers’ apparently was not enough for the critics). At the same time, few Americans could feel any sense of pride knowing that their ancestors treated the Native Americans with such murderous disdain, or that their great-great grandfather was a slave owner. In other words, Americans have been learning great moral lessons from their turbulent history, a humbling experience that the world of literature provides in abundance. 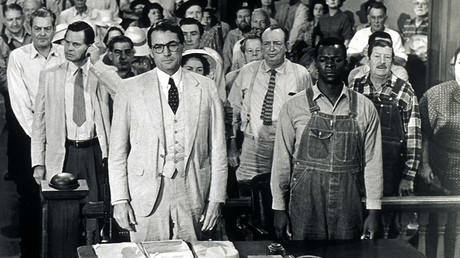 ‘Uncomfortable’ language gets To Kill a Mockingbird pulled from Mississippi schools

Yet there are a number of books in the pantheon of American literature that seem destined for endangered-species status due to the uncomfortable historic associations they make, including Mark Twain’s ‘Adventures of Tom Sawyer,’ which is redolent with racial slurs, as is Harper Lee’s ‘To Kill a Mockingbird.’ And what about Harriet Beecher Stowe’s groundbreaking work on abolition, ‘Uncle Tom’s Cabin,’ which practically lit the spark on the Civil War (‘Uncle Tom’ has become a derogatory term used to describe an excessively subservient individual).

By dispatching the legacy of Laura Ingalls Wilder to the literary cellar – and let’s not kid ourselves, this writer will be ‘disappeared’ from bookshelves in short order – we are close to committing the same despicable act that Winston Smith, the protagonist in Orwell’s dystopian novel 1984, understood all too well. As a clerk inside of the Ministry of Truth, Smith’s job was to rewrite historical documents to match the party line as dictated by the omnipotent Big Brother. When truth is banished from the historical record, it is substituted with lies and propaganda, and this will do nobody – least of all the oppressed minorities – any favors.

Banishing Wilder’s name from the children’s literary award does not mean that her books have been banned, blacklisted or burned. They have not been – at least not yet. But the writing is certainly on the wall. Her voluminous body of literary work has been forever tainted by America’s social justice warriors, the self-anointed conscience of the nation, who fail to see that Wilder’s collection of books was not written as some sort of Miss Manners’ Guide to Social Etiquette, but rather as a mirror with which to observe a particular historical epoch. There is a great social need for such literature. Books like ‘Little House on the Prairie’ give testimony to the regrettable mindset behind one of the worst genocides in history (Historians estimate that in 1492, at the time of Columbus’ landing in the Caribbean, there were some 10 million indigenous peoples living in what is now the United States. By 1900, the number had dropped to less than 300,000). Shielding readers from unsettling historical nuances out of some contrived morality not only serves to diminish the full scale of tragedy various minority groups have suffered, but practically guarantees another similar event sometime down the road.

In the timely words of philosopher George Santayana: “Those who have forgotten the past are condemned to repeat it.”

Did it occur to the ALA that #lauraingallswilder is a woman writer in a historical time period and that by taking her name off the award also erases a woman’s voice in significant children’s literary accomplishments http://www.nydailynews.com/entertainment/ny-ent-laura-ingalls-winder-stereotypical-attitudes-20180624-story.html?outputType=amp&__twitter_impression=true …

Incidentally, for anyone who thinks the ALSC Board was acting on behalf of the democratic will of its constituents, think again. I would recommend skimming through the reader comment section on the ALSC website announcing the change. It is very enlightening. I gave up trying to find a single person – who was not a board member – who had anything positive to say about the switch.

It is no exaggeration to say that the US is now teetering on the precipice of absolute cultural insanity, and this thing can rock either way. After all, censorship is like a downhill luge event; once you get started into the curves there is no slowing down, and before you know it, otherwise intelligent people are warming themselves around a bonfire of books in the town square. And just like the Nazis and Soviets before them, America’s social justice warriors are confident of their moral superiority. This brings to mind a quote by Sinclair Lewis, who said: ‘When fascism arrives in America, it will be wrapped in the flag and carrying a cross.’

First, they came for historic monuments and we didn’t say much; then they banned controversial thinkers from speaking on college campuses, and still there was little resistance. Now they are coming for authors and books through the back door, and it seems this would be a good time to draw the proverbial line in the sand before things get totally out of control.

America’s oppressive atmosphere of political correctness threatens to shut down critical thinking on all uncomfortable topics, and this lamentable state of affairs can only lead to national ruin.