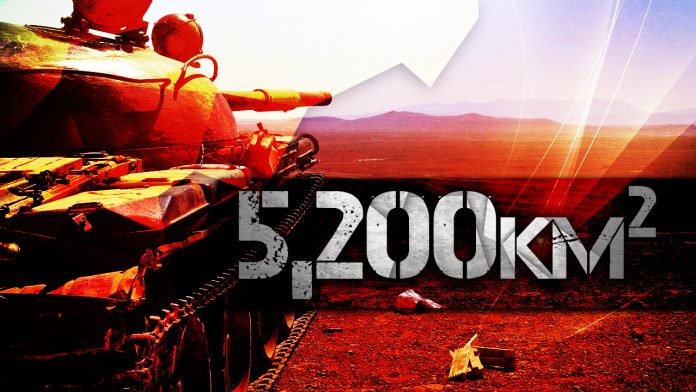 Syrian government forces have cleared over 5,200km2 of the Deir Ezzor desert of ISIS cells, the Syrian General Command said on June 27.

The Syrian Arab Army (SAA) and its allies launched a military operation in the area on June 20. The rapid progress in the desert can be explained by the lack of resistance from the ISIS cells, which had mostly withdrawn towards the Homs desert.

The SAA and the Tiger Forces liberated the villages of Mulayha al-Sharqiyah, Mulayha al-Gharbiyah, Nahitah and Samma al-Hneidat in the eastern part of Daraa province from Hayat Tahrir al-Sham (formerly Jabhat al-Nusra) and its allies and entered the village of al-Hirak.

According to reports, 450 members of the Free Syrian Army also surrendered to the SAA amid the government advance.

Meanwhile, the ISIS-affiliated Khalid ibn al-Walid Army and units of the US-backed FSA reached a ceasefire agreement in southern Syria, according to a report by the news outlet Nedaa Syria.

The ceasefire has not been officially announced, but no recent fighting between the sides has been reported. It is interesting to note that the agreement comes amid the ongoing SAA military operation in Daraa thus once again showing how so-called moderate opposition groups can reach an understanding with ISIS when necessary.