For links to the stories we covered, click HERE.  To support the show, visit next week’s FundRazr.

This week’s FFWN begins with some good news for a change: Alexandria Ocasio-Cortez kicked Establishment butt in New York, and the Presbyterian Church and its 1.5 million members just voted to support BDS.

Then comes the bad news…of which there is always more than enough to keep us busy!

Personally I think the best story this week was Vacy Vlanza’s Counterpunch piece Cry Baby Israel. Yes, I know Counterpunch is a profoundly compromised operation, but they do publish some good stuff, and this article is a classic example.

The domestic scene got so crazy this week that we had to do a two-part series: US Domestic Politics Implodes into Trumpian Chaos  Part 1: Supreme Court Follies, and Part 2: More Immigration Wars.

We also reported on 9/11 hero FDNY Chief Ronald Spadafora’s death from cancer. Is the cluster of cancer deaths among first responders and others in proximity to Ground Zero yet more evidence that Israeli mini-nukes were involved in “dustifying” the World Trade Towers? Check out VT’s nuclear education series for background on that thesis.

We ended the show on a humorous note: Iranian Foreign Minister Zarif brilliantly trolled Donald Trump and Mike Pompeo by spoofing Pompeo’s anti-Iran tweet; all Zarif had to do was substitute “USA” for “Iran” and voila, the Tweet was suddenly true! 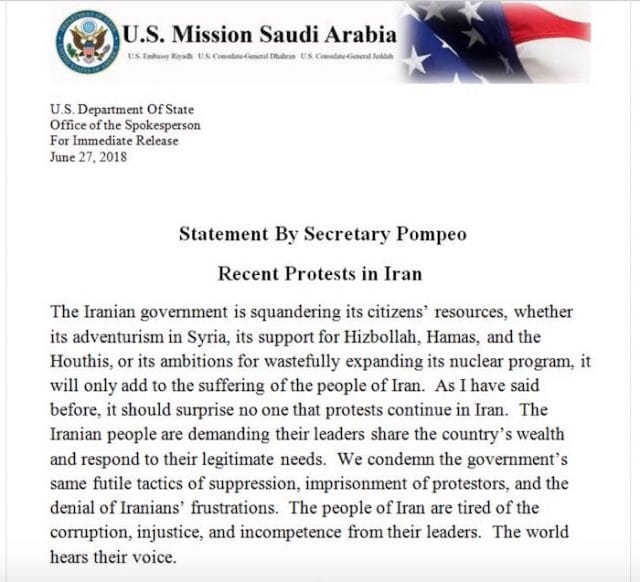 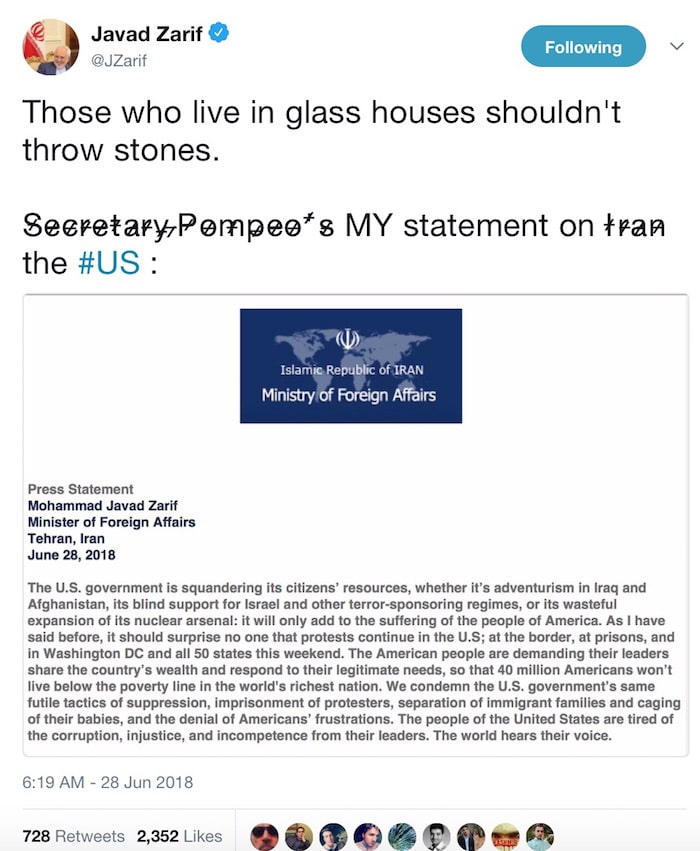