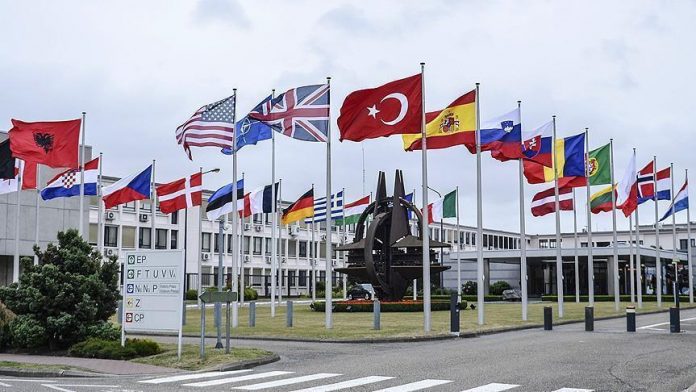 [ Editor’s Note: The Trans Atlantic partnership is under strain as never before. Where this will wind up is anyone’s guess.

We can see the EU, led by Germany, clearly has no plans to meet the 4% NATO defense spending requirement. Instead, it will build its own EU NATO in a game of showdown with the US.

Would the US remove its troops and basing from the EU? I don’t think so, and neither does the EU. Could the EU ask US troops to go home, as part of its poker playing on the trade war sanctions? That would be a possibility.

Despite VT’s many issues with Mr. Trump, we support the clearly unfair treatment of US exports impeded in getting into the EU. Gordon and I were just discussing this morning how much US wine and bourbon we could be selling into Europe, but are not.

That said, I am not aware of the US ever bringing any World Trade Organization case against the EU over these examples. On the other hand Donald Tusk in his statement below clearly states that the breakup of NATO is a definite possibility as a result of US sanctions.

This whole thing could spin out of control. We are watching a grandiose example of a chaos theory event unfolding in real time before our eyes. The result could be lower economic growth as the pie shrinks for all of us … Jim W. Dean ]

The European Union should boost its defenses and be able to act independently of the United States, the 28-member bloc’s leaders said in a summit statement, released earlier in the day.

During a summit dinner, the president of the European Council laid out his concerns that the “immense pressure” the Trump administration is exerting on the North Atlantic Alliance could lead to its collapse.

“Despite our tireless efforts to keep the unity of the West, transatlantic relations are under immense pressure due to the policies of President Trump,” he said.

According to The Times, Tusk called on EU leaders to “go beyond” discussions on US steel and aluminum tariffs and consider a potential break-up of NATO.

“Unfortunately, the divisions go beyond trade. It is my belief that while hoping for the best we must be ready to prepare our union for worst-case scenarios,” he said.

Trump’s remarks at the G7 summit earlier this month, where he said that NATO was “as bad as NAFTA” and was “too costly for the US,” have spread fears throughout Europe that he could use next month’s alliance meeting in Brussels to cut defense funding. After instructing US representatives not to sign the G7 joint communiqué, he linked European trade surpluses with the US to NATO’s future.

This has prompted heated discussions among EU leaders, who will reportedly agree to boost defense spending and bolster cooperation in order to reduce their dependence on American support for NATO.

“Europe must take greater responsibility for its own security. The union is therefore taking steps to bolster European defense, by enhancing defense investment, capability development and operational readiness,” The Times cited a draft communiqué as reading.

US Trade Rep Accuses EU of Fabricating Legal Theory to Justify Retaliatory Tariffs
Transatlantic relations hit their lowest point after Donald Trump accused his partners of taking advantage of the US in terms of trade. Disagreements between the US and the EU have intensified since Washington imposed a 25 percent tariff on imported steel and a 10 percent tariff on aluminum imports.

The union struck back with tit-for-tat tariffs, having adopted a law targeting $3.2 billion worth of US products, including motorbikes, speedboats, denim jeans, cigarettes, etc.

Trump has repeatedly stressed that the other members of NATO should pay their “fair share” and pointed out that only five of the 28 member states were allocating 2 percent of their GDP to defense, which was “insufficient to close gaps in modernizing, readiness and the size of forces.”