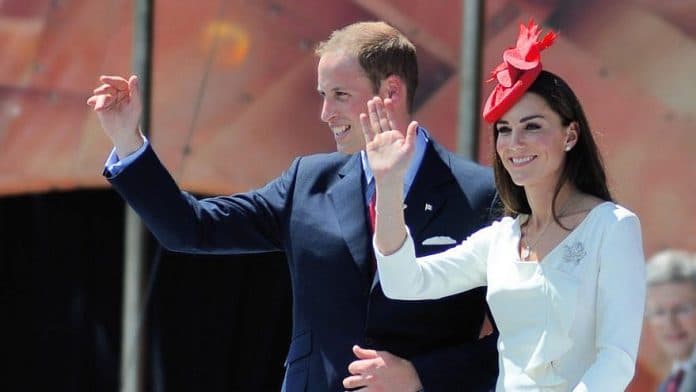 [ Editor’s Note: Oh my, the Prince goes to Israel, mentions “occupied territories”, and is not smeared as an anti-semite and/or a holocaust denier. Maybe the “Royal blood” has some special immunity cells working for it.

As he often does, Uri uses contemporary news as a vehicle to take modern citizens on a “back in time journey”. Today he chose the time when Gush Shalom was among the first group to call for a two state solution, which was considered a heresy at the time.

One of the things we like about Uri is that he has not been sitting in the bleachers on the Palestine-Israel conflict. He was on the front lines, like when he met secretly with Arafat in Beirut during the Sabra-Shatilla camp massacre and the Israelis were trying to kill Arafat. Being around him at that time was a risk.

We also like Uri when he gets his fish-filleting knife out but uses it on people, like his critics, but never personally, just their political positions. We do the same, except that we get personal, too.

He knows how to use satire, too, which we love. This statement of Trump being a genius was a joke, and so was Prince Jared Kushner, way in over his head with Papa Trump, bringing nothing to the table other than being a hustler like his father-in-law.

Without overtly doing so, Uri slices the Trump-Kushner secret plan to ribbons. It is DOA because Jerusalem was taken. Trump’s pull out of his butt plan was to take Jerusalem, thus taking it off the table as a done deal, and then put the Palestinians into a “get something or nothing” corner.

With Trump seeing the Arab money behind him, and Sisi in Egypt still consumed with playing the new Pharaoh, who else do the Palestinians have to turn to? This is how gangsters think and operate.

As for William, I am wondering how he pulled off not getting savaged, if not by the Likud government itself, then its junkyard dogs in the media that it can sic on anyone they want. Inquiring minds want to know … Jim W Dean ]

“The Big Plan is just another prescription for eternal war”…Uri

If the British had not left Palestine 70 years ago, William would now be my prince, too. I remember having a day off from school on his great-grandfather’s birthday.

The British had obtained the League of Nations “mandate” over Palestine by posing as the protectors of Zionism (with the famous “Balfour Declaration). But they did not like us very much. The picturesque Arabs, gracious hosts by nature, attracted them much more strongly.

My own relationship with the British crown has always been a bit complicated. When I was 14-years-old, the economic situation of my family compelled me to go to work. I found employment at a lawyer’s office.

The boss had studied at Oxford, and all our business was conducted in English, a language I had to learn in a hurry, and that I have loved ever since. Some of our clients were members of the British administration.

A few months later, the British hanged a young Jew who had thrown a bomb at an Arab bus. I decided to fill his place and got in contact with the Irgun underground. I was instructed to present myself at a certain school building at a certain time.

When I approached the building, it seemed totally deserted, except for a young couple kissing in the doorway. I was shown my way in the dark and ushered into a room, where I was seated facing a dazzling light. I felt, rather than saw, people around me.

A voice from the darkness asked me several questions, and then it asked: “Do you hate the Arabs?”

“No'” I answered truthfully. Working in the courts I had met a number of Arab colleagues, and they seemed nice people.

For a moment, the people behind the projector were dumbfounded. Then a young woman’s voice asked: “Do you hate the British?”

Foolishly, I told the truth: “No! I rather like them.”

Behind the projector, there was a deep silence. Then the female voice asked: “If you don’t hate the British, why do you want to join the Irgun?”

“I want them to go back to Britain and leave us alone.” I answered.

Somehow, this answer seemed to satisfy them, and a few weeks later I was received into the organization.

Why did the British leave Palestine?

There are several possible answers. Former members of the Irgun and its smaller sister, the Freedom Fighters (known to the British as “the Stern Gang”) are convinced that it was their daring assassinations and bomb attacks that did the job, including their bombing of the King David hotel in Jerusalem, which served as a British HQ.

Ninety-one persons of both sexes, British, Arabs and Jews, were killed there on July 22, 1946. However, the official Zionist leadership believed that it was their clever application of political pressure that did the job.

I believe that it was the general change in the global situation. After WWII the British Empire was weak. It could not keep its hold on India, the jewel of the crown, and without India the Suez Canal became less significant. British Palestine was a fortress for the defense of the Canal, and lost its importance without it. With all the violence in the country, the British thought that it was just not worth the candle.

When the bus of my comrades and I in the pre-state army was on its way to our first battles, we sometimes passed buses of British soldiers on their way to Haifa harbor. The usual obscene jokes were exchanged. And that was that.

While the British prince was touring the country and uttering the fitting phrases about a “just peace”, another prince from overseas was doing the same. Jared Kushner, the Jewish son-in-law of President Trump, was also touring the country. He was accompanied by Jason Greenblatt, another Jewish emissary from Trump.

This holy pair, who make no secret of their utter contempt for the Palestinians, is supposed to make peace. How will they succeed where dozens of other initiatives have failed? Why should they have more chance than the dozens who preceded them?

Well, they have a Big Plan. A Plan so Big that cannot be refused. A Secret Plan. Secret from whom? From the Palestinians, of course. Binyamin Netanyahu was a partner in shaping it. If not actually its author.

Years ago, we had a celebrated theater critic. Once, at the premiere of a new play, he got up after ten minutes and made for the exit.

“How can you write a review if you have not seen the whole play?” demanded an actor. “I don’t have to eat the whole apple to know that it is rotten,” the critic answered.

The same is true of a Big Plan. The details that have already leaked quite suffice. It is not a plan to be accepted by the two sides. It is a plan to be imposed on one side. The Palestinian side.

When the British left in 1948, there was already a UN plan in place. Palestine was to be divided into a Jewish and a Palestinian state, with Jerusalem as a neutral unit, all these parts united in a kind of economic federation. The Palestinians rejected the plan. They considered the whole country their homeland, and hoped to regain it with the help of the Arab armies.

The Jewish side accepted the plan without hesitation. Like everyone who was alive in the country at the time, I remember the wild jubilation in the streets. But David Ben-Gurion did not dream for a moment of remaining satisfied with it. He knew that a war would break out, and hoped that our side would enlarge its territory decisively. As indeed happened.

The day after the 1948 war ended, the Partition Plan was dead. A new reality had come into being. The war had partitioned Palestine into three units: Israel proper, the West Bank – which was now a part of the Kingdom of Jordan – and the Gaza Strip, which was governed by Egypt.

Today, several wars later (who is counting?), Israel dominates in different ways all of historical Palestine. And peace seems far, far away.

In theory, what are the alternatives?

Right after the 1948 war, in early 1949, a tiny group of young people in the country, including a Muslim Arab, a Druze Arab and myself (curiously enough, all three of us later became members of the Knesset) devised a plan for the solution: the so-called Two-State Solution. One country, two states – Israel and Palestine, Jerusalem as a joint capital, open borders between all parts, a joint economy.

We found no takers. Everybody was against it: the government of Israel, the Arab states, the USA, the Soviet Union (until 1969), Europe, the Muslim world. That was 70 years ago.

And see the miracle: today that is almost a world consensus. Everybody is for the “two-state solution”. Even Netanyahu sometimes pretends to be. There is no third alternative. It’s either two-states or a colonial Jewish state in all the country.

Jared Kushner may well be a genius, just like his father-in-law. But even his brilliant Jewish brain will not find another solution. And all the power of the United States will not suffice to keep the Palestinian people down forever. The Big Plan is just another prescription for eternal war.

I wish that Europe, including the post-brexit Britain, were willing and able to prevent this catastrophe. If I had met the prince on the sandy seashore, I would have told him just that.