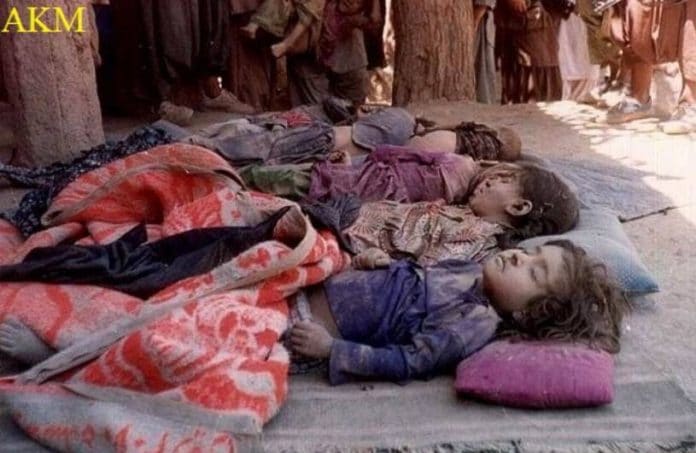 RE: Now it’s time for the United States China, Russia, England, France to recognize the independence of Afghanistan. The Afghan Villagers/ Freedom Fighters control the majority of the territory of Afghanistan. 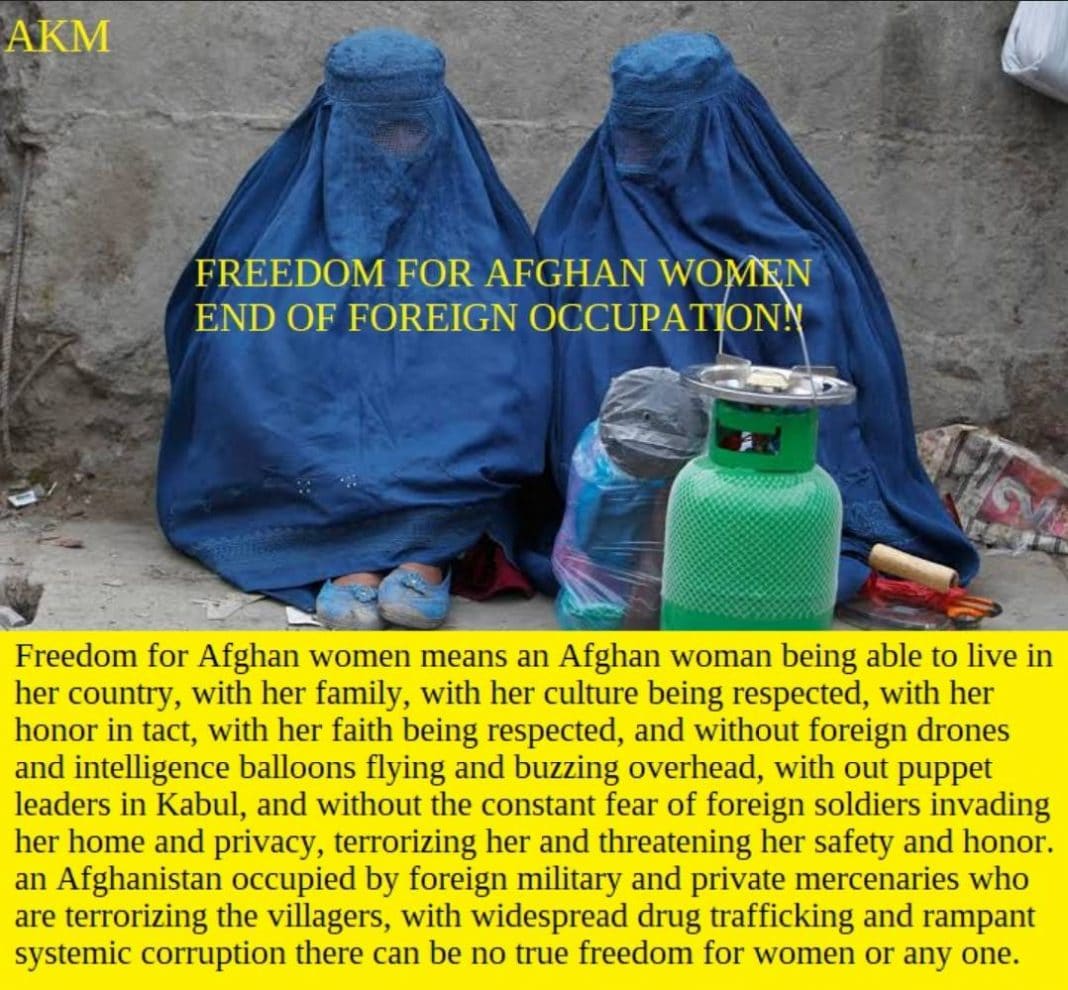 Why do the Afghan villagers/Freedom Fighters not want to talk peace with the United States’ selected Kabul Administration?

First, the Afghan villagers see the Kabul Administrations, the past ones and the current one, as U.S. puppets. During the past seventeen years, after having met on several occasions with State Department staff, such as with the Honorable David Rank, former Deputy Special Representative for Afghanistan and Pakistan, I have not seen so far any sincere efforts by the United States to hold negotiations that will really lead to peace. I have observed that the United States’ administrations only push for peace talks right before Afghan national “selections” like now which makes the insincerity obvious. 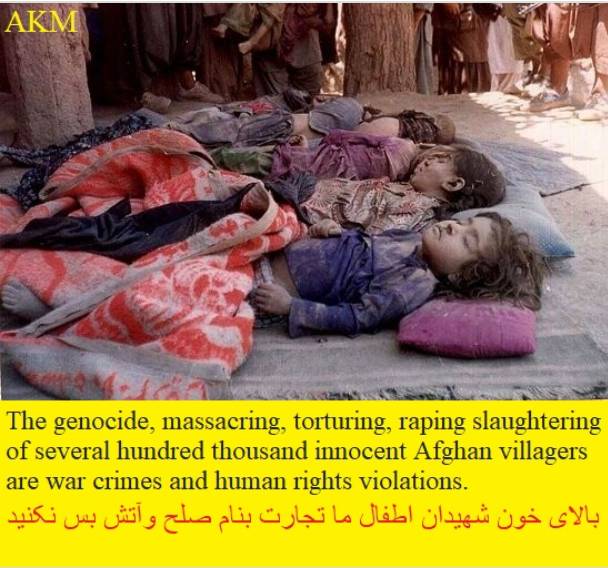 Furthermore, the Afghan villagers/freedom fighters have seen that all of the United States’ decisions regarding Afghanistan have been based on the opinions of the war mongering U.S. generals and the war profiteers.

Second, the Afghan villagers want justice these past 17 years. Yet they have not received any justice during these past four decades for the war crimes they suffered due to the invasions and wars by the former Soviet Union and the United States and their agents, puppets and mercenaries. There can be no peace without justice. There have never been any international or national war crimes tribunals. Justice needs to come first. To bring justice, prosecute the Afghan war criminal, First Afghan VP, Rashid Dostum, prosecute the Butcher of Kabul, Gulbideen Hekmatry, prosecute all war criminals from 1979 through the present, stop the collective punishment and the scapegoating of the Afghan villagers for the tragedy of 9/11, end the U.S. occupation and war with the removal of U.S. troops and foreign forces, and stop exploiting the Afghan villagers’ Rare Earth Elements (REEs) and other natural resources, while contaminating their environment with radioactive byproducts. If the United States really wants peace then it will start actions of justice and lead other perpetrators to take the above mentioned actions down this path of justice towards peace. The U.S. selection of Afghan puppet governments, the dropping of “mother of all bombs” and bombs from drones onto Afghan villagers, the use of private contractors/U.S. mercenaries and the CIA paramilitary to attack Afghan villagers, the bull dozing and burning of the villages around the REE deposits in Helmand, ethnic cleansing of the Afghan Pashtun villagers, who are the only ones defending their land and families, and the rape, torture, killing and imprisonment of Afghan villagers, are not just acts that will lead to peace. 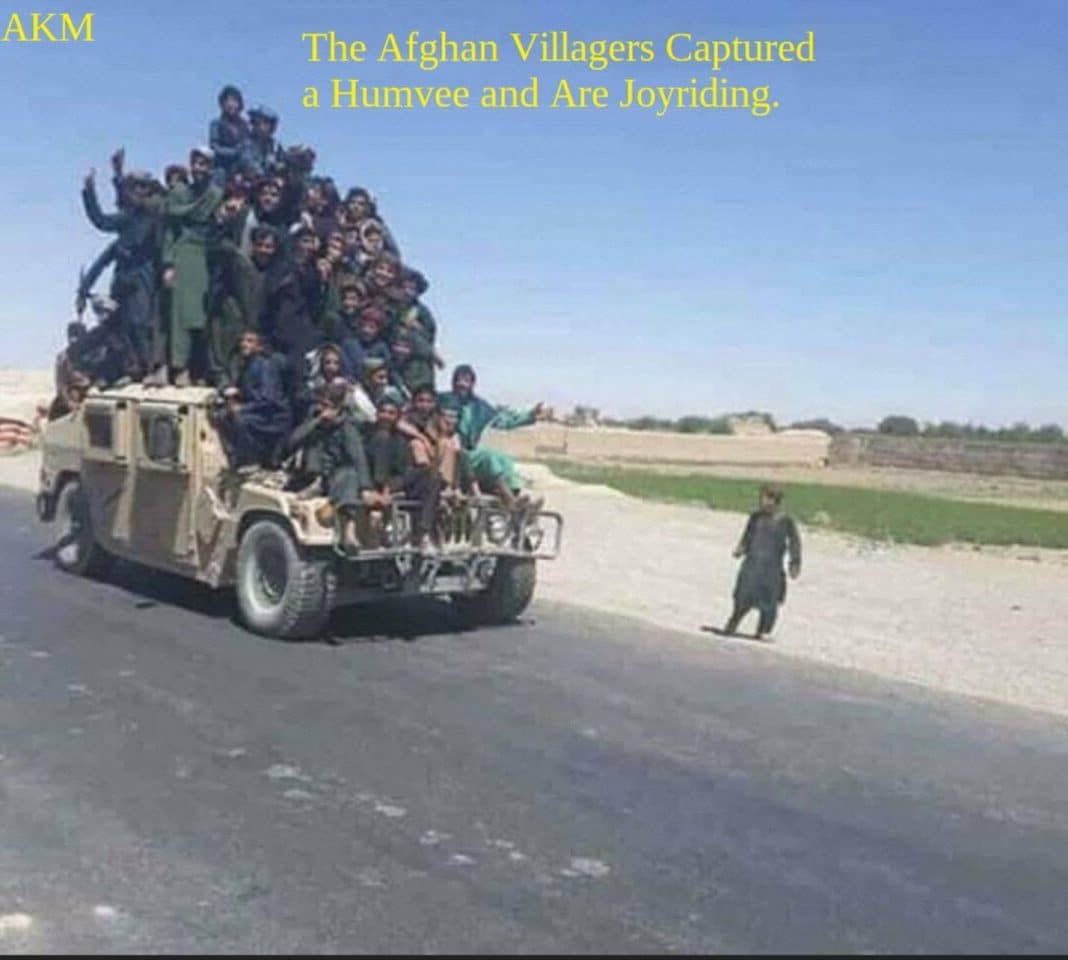 In addition, the U nited States is not respecting the Afghan villagers religion by playing games, which is not a just act. It will not lead to peace. On March 18, 2018, the commander of American invading forces, General John Nicholson said during a press conference that US has a plan to apply different pressures on the Afghan villagers/freedom fighters this year. He added, “a combination of religious, social, diplomatic and military pressure will be applied on the Taliban”. Religious pressure means that conferences under the name of religious scholars from Afghanistan, Pakistan and other Islamic countries will be held and they will issue a Fatwa (Islamic verdict) against the Taliban in these conferences to undermine legitimacy of the Afghan villagers’ struggle for freedom. 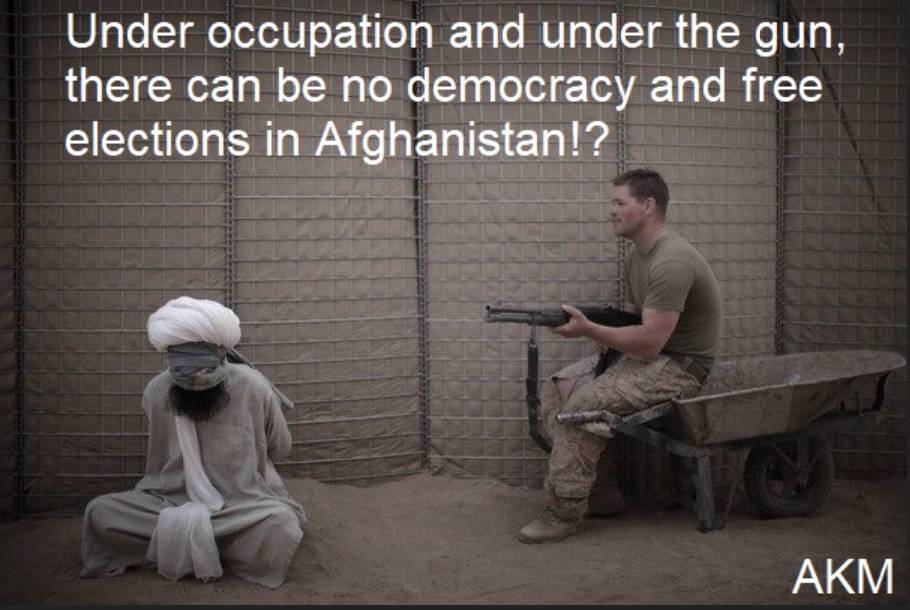 In this series, according to the US plan, the first gathering of religious scholars occurred in Bogor, Indonesia on May 11, 2018. They were considering similar conferences to be held in Kabul, Islamabad and Saudi Arabia after this conference.

The Afghan villagers/freedom fighters consider this process under the title of conferences of the Islamic Scholars as an absolute anti-Islamic US process. By using these conferences, the US wants to find justification for its military occupation, legitimize its selected Kabul Administration and ultimately weaken the Afghan resistance. This anti Islamic measure is another roadblock to justice and peace for the Afghan people.

I am concerned about the United States and Afghanistan. The United States is my homeland and Afghanistan is my motherland. History does repeat itself. In the 19th century, the British superpower lost its wars in Afghanistan. Soon after it lost its status as a global superpower. In the 20th century, the Afghans defeated the Soviets, who were forced to withdraw in 1989. It lost the war and was drained economically by the decade long war. Soon after the Soviet Union fell apart, the Warsaw Pact was demolished and it did not exist. In the 21st century, the United States invaded Afghanistan and has occupied it and waged war for 17 years. It has spent trillions on this war/occupation, but yet it has not won anything. In fact, the U.S has more debt and is less secure. Only the war profiteers have won and lined their pockets. The United States has borrowed trillions from China and others. China is winning. Right now, the U.S. must be very careful not to slip down the slope like the former superpowers because China and Russia want to see the United States fail and topple economically. China wants to be the only superpower. Russia wants to be with China and be a superpower again. Afghanistan is a money pit and a war that cannot be won. I believe the solution is that the U.S. must change its policy from a war policy to a peace policy. The war profiteers are pushing for a continuation of the war. To achieve true peace, the U.S. must carefully hold direct negotiations with the Afghan resistance and hold sincere talks to bring true peace. Otherwise, I fear that the U.S. will crumble just like the other superpowers have and there will not be peace in Afghanistan. Both countries will lose. If the United States continues on the same course in Afghanistan, China will be the only superpower.

As history has shown, Afghanistan is the graveyard of empires. I believe that may happen to the United States if Americans do not wake up. With President Trump, who appears to be the Russia’s selected puppet, the war will escalate. There is no winning for the U.S., which is exactly what Putin wants. The Trump Administration is not letting the American people know what really is happening in the war which is evidenced in the Pentagon’s refusal to release the Afghanistan’s war data, which has always been done in the past. As a democracy, the people have a right to know. In his State of the Union address, Trump did not talk too much about Afghanistan and Russia because he has everything to hide about these two issues. Our democracy is of the people, by the people and for the people. Trump thinks it is all about him.

I hate war and want true peace in Afghanistan. The United States needs to change its strategy if it is truly inclined towards peace. It has to understand the perspective and beliefs of the Afghan Muslim villagers, who are the Freedom Fighters, defending their lives, freedom land and Rare Earth Elements (REEs). The Afghan Freedom Fighters are fighting because of the war crimes committed by the occupiers. The genocide, massacring, torturing, raping, slaughtering of several hundred thousand innocent Afghan villagers are war crimes and human rights violations. As history has shown, the Afghan villagers are guided by their Islamic faith and cherish their freedom.

Under occupation and under the gun, there can be no democracy and free elections in Afghanistan. It is a waste of U.S. and world donors’ dollars. That should be evident to everyone after the United States’ longest war-17 years in Afghanistan this October.

I strongly believe the United States is not truly inclined towards peace. Time to try a new strategy of starting down the path of justice. Then direct talks between the U.S. and Afghan villagers/freedom fighters can be held.