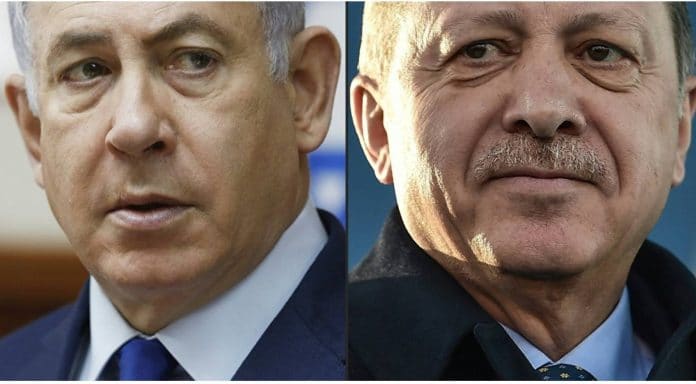 Investing in organizations and institutions based in East Jerusalem reportedly remains among Turkey’s efforts to increase its influence in the city.

The Israeli newspaper Haaretz cited sources as saying that in separate moves, the Palestinian Authority as well as Saudi Arabia and Jordan had warned Israel over Turkish President Recep Tayyip’s plan “to claim ownership over the Jerusalem issue” by expanding Ankara’s clout in East Jerusalem.

Amman, in turn, blamed Tel Aviv for “sleeping at the wheel” and failing to duly react to Ankara gaining momentum in East Jerusalem, something that Jordanian officials said can be explained by Israel’s reluctance to endanger the reconciliation agreement it clinched with Turkey in 2016.

Israeli security services, for their part, claim that they have closely watched Turkey’s increasing activity in East Jerusalem in the past twelve months, according to Haaretz.

The sources told the newspaper that there are several steps that Turkey is using to boost its East Jerusalem clout, including donations to Islamic organizations in Arab neighborhoods, organization of tours for Turkish Islamist groups and the participation of activists in Temple Mount protests.

Also, Turkey is trying to inject investments into a spate of organizations and institutions in East Jerusalem, using Islamic groups related to the ruling Turkish AKP party.

“They’re trying to buy real estate and strengthen their political standing. It’s also a source of concern for the PA (Palestinian Authority), which doesn’t want to have another country claiming responsibility for East Jerusalem,” a source in the Israeli Police said.

In May, Turkish President Recep Tayyip Erdogan pledged “to evaluate our relations, especially economic and trade ties [with Israel] again. Earlier, he recalled Turkey’s ambassadors to the US and Israel, accusing the two countries of “state terror” and “genocide” related to the situation in the Gaza Strip.

At least 60 Palestinian protesters were killed and more than 2,400 injured in clashes with the Israeli Defense Forces in the area on May 14, when the US embassy was opened in Jerusalem.In 2016, Turkey and Israel signed the reconciliation deal, which stipulated Tel Aviv paying compensation worth twenty million dollars to the families and relatives of those killed on the relief ship Mavi Marmara.

On May 31, 2010, Israeli forces attacked the Turkish humanitarian aid ship as it headed to the Gaza Strip, blockaded by Israel, something that substantially deteriorated bilateral relations at the time.