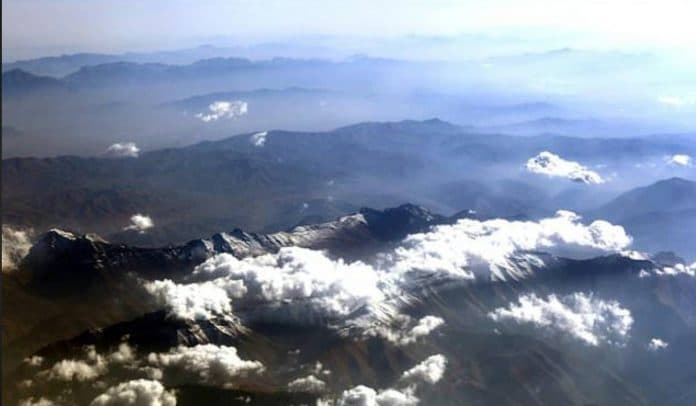 Editor’s note:  Mike Harris worked with the DARPA group that developed this technology and then went private with it.  It exists and VT witnessed several successful tests.

Iran is suffering from severe drought, its officials are struggling to explain the disastrous weather conditions. An Iranian general believes Israel is behind the cloud and snow theft, but meteorologists cast their doubts.

Brigadier General Gholam Reza Jalali, head of Iran’s Civil Defense Organization, accused the Islamic Republic’s old regional adversary, Israel, of taking the lead in “suspicious” climate change in the country. The general says researches have proof that Tel-Aviv, with some allies, are putting a crimp in precipitation on Iranian soil.

“Foreign interference is suspected to have played a role in climate change,” Jalali told a news conference on Monday as cited by Isna. He added that Iranian research centers can “confirm” the claim.

Pinning the blame on Tel Aviv, he said that “joint teams from Israel and one of the neighboring countries make the clouds entering into Iran barren. Moreover, we are faced with the cases of cloud theft and snow theft.” In a bid to cement his statement, Jalali cited the results of a survey showing that above 2,200 meters all mountainous areas between Afghanistan and the Mediterranean are covered in snow, except Iran.

Iran’s own meteorological service, however, has its doubts regarding the claim, saying Iran is not alone in suffering from the prolonged drought as it “is a global trend.” Jalali “probably has documents of which I am not aware, but on the basis of meteorological knowledge, it is not possible for a country to steal snow or clouds,” the head of Iran’s meteorological service Ahad Vazife, said as quoted by Isna.

Another Iranian researcher still left the door open for the cause of the drought, saying one should look closely at the claims of the general to establish their accuracy.