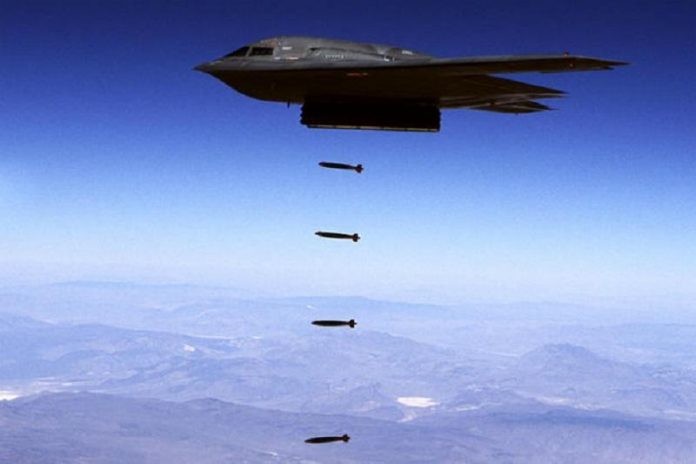 Russian state media claimed on July 2 that the United States is preparing to send the next generation of B61 guided nuclear gravity bombs to NATO bases in European countries, including Turkey.

The U.S. Department of Energy’s National Nuclear Security Administration (DOE/NNSA) and the U.S. Air Force completed two non-nuclear system qualification flight tests of the B61-12 gravity bomb on June 9 at Tonopah Test Range in Nevada, according to a June 29 statement by DOE/NNSA.

The test, which was reportedly the first of its kind, was aimed at extending the B61 bomb’s service life by adapting it to next generation aircraft, including B-2A Spirit Bomber.

“The B61-12 LEP will consolidate and replace the existing B61 bomb variants in the [U.S.] nuclear stockpile. The first production unit is on schedule for completion in fiscal year 2020,” the statement said.

Russia’s state-run RIA news agency claimed on July 2 that the nuclear bomb will also be adapted to the F-35 aircrafts.

“The United States continues to invest in weapons of mass destruction. The NATO bases in Turkey, Germany and Italy will receive the new bombs in 2020,” Russian nuclear expert Alexandr Jilin was quoted as saying by the agency.

The United States has a total of 150 nuclear weapons in five NATO member countries, including Turkey, according to a report on worldwide nuclear arms prepared by the Turkish Parliament in October 2017.

Among those weapons, B61 type bombs are still in the İncirlik air base in the southern Turkish province of Adana.

According to data from the Federation of American Scientists (FAS), the number of B61s in Turkey is estimated to be nearly 50.

U.S. officials neither confirm nor deny reports about NATO’s nuclear weapons in Turkey.