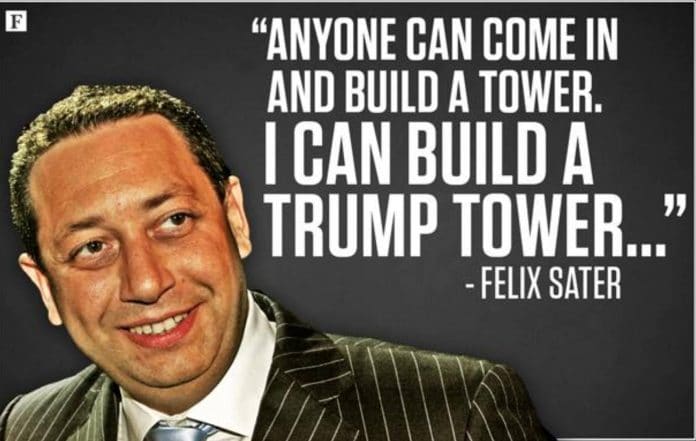 A mystery client has been paying bloggers in India and Indonesia to write articles distancing President Donald Trump from the legal travails of a mob-linked former business associate.

Spokespeople for online reputation management companies in the two countries confirmed that they had been paid to write articles attempting to whitewash Trump’s ties to Felix Sater, a Russian-born businessman who, with former Russian trade minister Tevfik Arif, collaborated with the Trump Organization on numerous real estate deals from New York to the former Soviet Union.

The campaign appears designed to influence Google search results pertaining to Trump’s relationship with Sater, Arif, and the Bayrock Group, a New York real estate firm that collaborated with Trump on a series of real estate deals, and recruited Russian investors for potential Trump deals in Moscow.

Sater—who once had an office at New York’s Trump Tower, Trump Organization business cards, and claims to have worked as a senior adviser to Trump—has recently emerged as a key figure in the federal investigation led by special counsel Robert Mueller into Russian meddling in the 2016 presidential election.

In the lead-up to the election, Sater worked extensively with Trump attorney Michael Cohen in a failed effort to build a Trump Tower in Moscow with the aid of Russian leader Vladimir Putin, which Sater said would help Trump win the presidency. According to statements made by Cohen last year, Trump personally signed-off on the project.