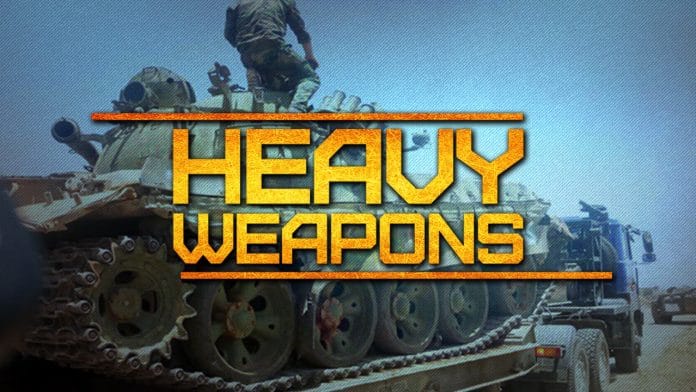 The US-backed Free Syrian Army (FSA) group Shabab al-Sunna is handing over its weapons to the Syrian Arab Army (SAA) in the town of Bosra al-Sham in the province of Daraa.

Besides this, the SAA has recovered a notable number of mortars, ammunition and light weapons.

According to pro-government sources, the FSA’s Shabab al-Sunna will continue handing over weapons in the upcoming days. Most of its members have chosen to settle their legal status and to join the SAA to combat ISIS and Hayat Tahrir al-Sham (formerly Jabhat al-Nusra, the Syrian branch of al-Qaeda) in southern Syria.

Meanwhile, negotiations on a fully-fledged reconciliation deal in the area has once again collapsed with FSA groups demanding unrealistic terms and conditions like the SAA withdrawal from the recently liberated areas.

This as well as the FSA’s cooperation with Hayat Tahri al-Sham will likely trigger a new round of the SAA advance in Daraa.

At the same time, the ISIS-linked Khalid ibn al-Walid Army, which controls a large chunk of area near the Israeli-occupied Golan Heights, released a propaganda video vowing to combat the SAA and started shelling government positions in the village of al-Shaykh Maskin west of Daraa city.

Previously several reports suggested that US-backed FSA groups and ISIS had found understanding to oppose the SAA advance jointly. The Khalid ibn al-Walid Army clearly understands that nor Israel nor US-backed groups are not going to combat it. So, it will likely continue its attacks on the SAA even if there is no official coordination agreement with the FSA.

On July 4, Russian Foreign Minister Sergey Lavrov and his Jordanian counterpart Ayman Safadi held a meeting on the situation in southern Syria.

Following the meeting, Lavrov said that the US rarely separates terrorist groups like ISIS and Hayat Tahrir al-Sham from the opposition.

“We have also pointed out the need for the implementation of agreements on the southern de-escalation zone, deals which were reached by the United States, Russia and Jordan on all aspects, including the continuation of the uncompromising struggle against terrorists from Islamic State and Jabhat Fatah al-Sham (another name of Hayat Tahrir al-Sham), which control about 40 percent of the southern de-escalation zone,” Lavrov said rejecting the US claims that the SAA operation in the area violates the de-escalation agreement.

This statement shows that the Syrian-Iranian-Russian alliance is not going to stop its efforts to clear the province of Daraa and nearby areas from militants despite criticism from the US and a hysteria in the mainstream media.