Dalia Grybauskaite, who has been the Lithuanian leader for almost a decade, is among the most consistent people in terms of claiming that her country is being threatened by Russia. Like many post-Soviet politicians, she started her political career in a communist party and later reinvented herself as an ardent nationalist, opposed to Moscow. 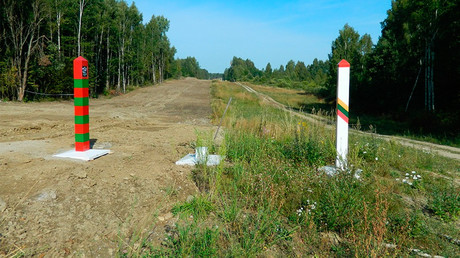 In her latest interview with the Italian newspaper Corriere della Sera, which she gave ahead of a visit to Lithuania by Italy’s President Sergio Mattarella, Grybauskaite repeated her usual laundry list of the ways that Russia threatens her country. These include military exercises, cyberattacks, and a nuclear power plant that Russia is building in Belarus.

However, when asked whether she would ask the US to deploy the MIM-104 Patriot long-range surface-to-air missiles in her country, Grybauskaite had a peculiar suggestion about how it could happen. “NATO’s air defense in our regions is insufficient and must be strengthened,” she said. “Patriot can be installed on submarines or on our territory.”

As far as the public record goes, there is no naval version of the Patriot system, and making a submarine-launched anti-aircraft missile makes little sense. But when you’re dealing with the Russian threat, apparently nothing is impossible.