In his article “The Secret Jewish History of Game of Thrones, Jewish Daily Forward writer Seth Rogovoy suggested that there are Kabbalistic elements in the Game of Thrones,[1] the television series which was created by none other than Jewish producers and writers David Benioff (born David Friedman) and D. B. Weiss. Benioff’s father was “a former head of Goldman Sachs,” the very company that has effectively ripped customers off their livelihood.[2]

The background for the entire series, says Rogovoy, is Jewish. Rogovoy writes:

“George R.R. Martin, the author of ‘A Song of Ice and Fire,’ the series of books that provides the show’s immediate source material, claims that his imaginary saga set in the mythical land of Westeros is itself based on ‘The Accursed Kings’ by French-Jewish author Maurice Druon. Druon was the son of the Russian Jewish immigrant Lazare Kessel and the nephew of the writer Joseph Kessel, with whom he translated the ‘Chant des Partisans,’ a French resistance anthem of World War II.”[3]

There are also Israeli actors in the film, most conspicuously Ania Bukstein and Yousef Sweid.[4] The issue goes much deeper. Back in 2015, the Atlantic itself pointed out that “showrunners Benioff and Weiss still apparently believe that their tendency to ramp up the sex, violence, and—especially—sexual violence of George R.R. Martin’s source material is a strength rather than the defining weakness of their adaptation.”[5]

Obviously the Atlantic could make neither heads nor tails of the fundamental issues because they don’t get the idea that people like Weiss and Benioff see themselves as crusaders who will bring about, as Jewish scholar Nathan Abrams would have put it, an “an atavistic hatred of Christian authority: they are trying to weaken the dominant culture in America by moral subversion.”[6]

When asked about some of the sex scenes in the series, Benioff responded: “The Littlefield sexposition scene that some people objected to was some of the best exposition since the monkey with the date in ‘Raiders of the Lost Ark.’” Weiss continued:

“We enjoyed it. In the episode following that episode, Khal Drogo rips someone’s tongue out through the hole he just made in their throat. And I never really heard any complaints about that scene.

“It is objectively worse to get your tongue torn out through a hole in your throat than it is to witness or experience what happened in the sexposition scene. If someone had a dramatic issue with it, that’s one thing. But if the issue is the content of it I’m just sort of a bit confused by it.”

What kind of stuff that Weiss enjoyed? There is a part in which Queen Cersei and her brother Jaime in an incestuous intercourse in an abandoned tower. A little boy, who appears to be about ten years old, climbs the tower where he witnesses both Cersei and Jaime are having graphic sex.

Jaime eventually pushes the little boy from the tall tower where he meets his untimely death. In another episode, Cersei gets raped by Jaime in the tomb of their dead son. George R.R. Martin, the author of the book on which the TV series is based, defended the graphic sex by saying that they “pale in comparison to what can be found in any good history book.”[7] 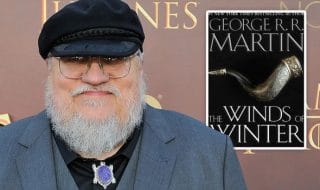 Certainly Martin has to defend the very episode that made him a millionaire, for the love of money is the root of all evil. Yet even the Atlantic wasn’t buying the graphic sex scenes on the series. The magazine declare that Benioff and Weiss “can be very clumsy in their handling of sexual violence…”[8] Numerous scenes from Game of Thrones shows that the statement is actually true.

But how does Dillane absolve himself from his moral guilt? Listen to him: “But I presume it [sexual violence] serves a purpose, and the merits of the show far outweigh my concerns on that score.”[11] In other words, fame and power overshadow his moral reasoning.

Game of Thrones actress Emilia Clarke has said something similar. She declared that sex scenes in the series “should be more subtle. I’m British, so I cringe at that sort of thing anyway — I can’t stand it.”[12] Clarke cited one of the girls in the series who left because she said she wanted “to be known for my acting not for my breasts.”[13]

“This cocktail of pornography and twisted plot lines must be denounced as socially irresponsible, especially in an age when American society is struggling to combat the crises of sexual assault and rape culture. [The show is] fixated on producing unjustifiably sexually graphic scenes.”[15]

The producers of Game of Thrones owe Hawkins an explanation, for they are certainly turning viewers, as Hawkins put it, “into vicarious participants.”[16] And here again we are confronted with a vital contradiction: The so-called “ME Too” movement wants to fight sexual assault, but they don’t want to fight graphic sexual assault in TV series like Game of Thrones.

“An actress who played a prostitute in Game of Thrones is actually a real-life hooker who charges up to £900 for her services. Saeeda Vorajee, 41, starred in the first two series of the hit show as a prostitute called Armeca where she took part in a controversial lesbian sex scene and acted alongside Jerome Flynn.

“However she is also a £40-a-go real-life escort and offers her services online under the name of Sahara Knite. A Sun on Sunday investigation also found that she offers sex for cash and visits clients in hotels.”[19]

What does Game of Thrones mean? Well, it vindicates what Jewish filmmaker Eli Roth said years ago, that producers like himself are out to “fuck an entire generation.”[22] Anna Holmes of the Washington Post had somewhat similar views, saying that the sex scenes in Game of Thrones are titillating men. Holmes added that “These scenes seem not only forced but also exploitative.”[23]

If they are forced and exploitative, then who is responsible for this?[24]