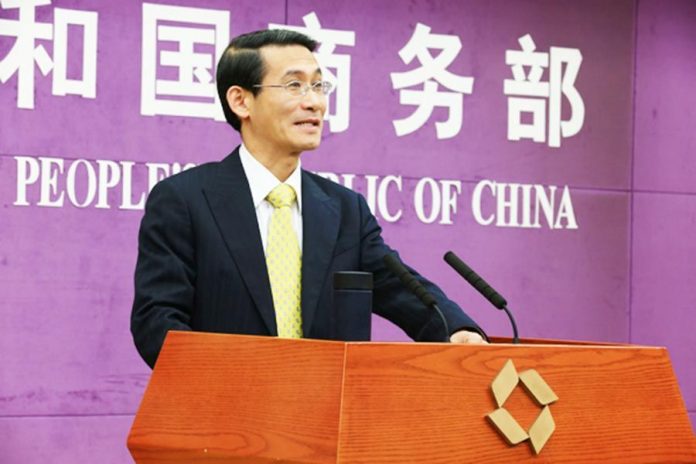 US President Donald Trump fired the biggest shot yet in the global trade war by imposing tariffs on US$ 34 billion of Chinese imports. China immediately said it would be forced to retaliate. The duties on Chinese goods started at 12:01am Friday in Washington, just after midday in China.

Another US$ 16 billion of goods could follow in two weeks, Trump earlier told reporters, before suggesting the final total could eventually reach US$ 550 billion, a figure that exceeds all of US goods imports from China in 2017.

US customs officials will begin collecting an additional 25% tariff on imports from China of goods ranging from farming plows to semiconductors and airplane parts. China’s officials have previously said they would respond by imposing higher levies on goods ranging from American soybeans to pork, which may in turn prompt Trump to raise trade barriers even higher.

The statement didn’t provide details on exactly how or when China would respond. The Finance Ministry has yet to formally issue the final list of goods to which the higher tariffs will apply.

Stocks climbed in Asia and the yen slipped with gold, while Chinese shares reversed losses though remained strongly down for the week. Treasuries declined, as did the Yuan.

The riskiest economic gamble of Trump’s presidency could spread as it enters a new and dangerous phase by imposing direct costs on companies and consumers globally. It’s the first time the US has imposed tariffs aimed just at Chinese goods and follows months of accusations that Beijing stole American intellectual property and unfairly swelled America’s trade deficit.

“Clearly the first salvos have been exchanged and in that sense, the trade war has started. There is no obvious end to this,” said Louis Kuijs, chief Asia economist at Oxford Economics.

As the world’s most developed nation and the rule-maker of the current global governing system, there is “astounding absurdity” in the US complaining that it’s been bullied in trade, the People’s Daily, the flagship newspaper of the Communist Party of China, said in a Chinese language commentary on Friday.

Chinese stocks have taken a beating in recent weeks, and are down more than 16% this year, as concerns about the trade war have mingled with worries about China’s ability to control its debt and maintain growth.

Trump is doubling down on his promise to put “America First” in the nation’s foreign and economic policies. He blames China for a bilateral trade deficit of US$ 336 billion and for costing US manufacturing jobs.

The tariffs could jeopardize a US economic upswing that has extended to nine years and pushed the jobless rate to the lowest in nearly half a century. US and Chinese companies will now find it costlier to trade with each other, meaning less demand and higher prices. The International Monetary Fund warns an extended spat could undermine the strongest global expansion since 2011.