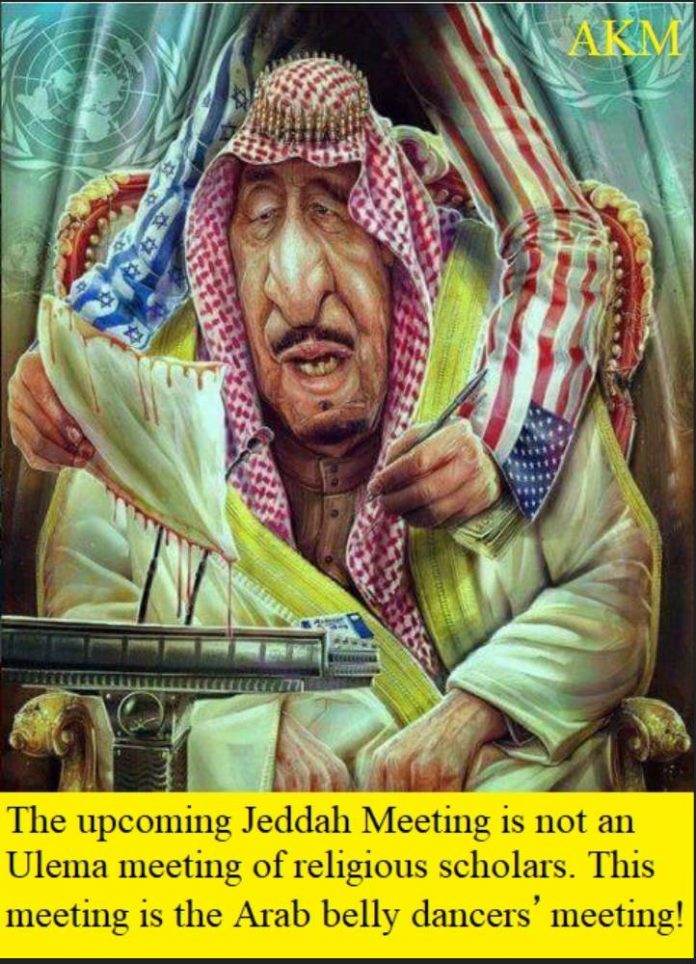 The Jeddah Meeting is not an Ulema meeting of religious scholars. This meeting is the Arab belly dancers’ meeting!

Where was the so-called Ulema these past seventeen years when Muslims in Afghanistan, Yemen, Syria, Iraq, Burma etc. were being killed and ethnically cleansed? This gathering’s purpose is to pave the road for the U.S., Saudi Arabia and Israel’s desire to invade Iran through Afghanistan. They see Afghan villagers/Freedom fighters/Taliban as the roadblock for the implementation of their goals in the region. 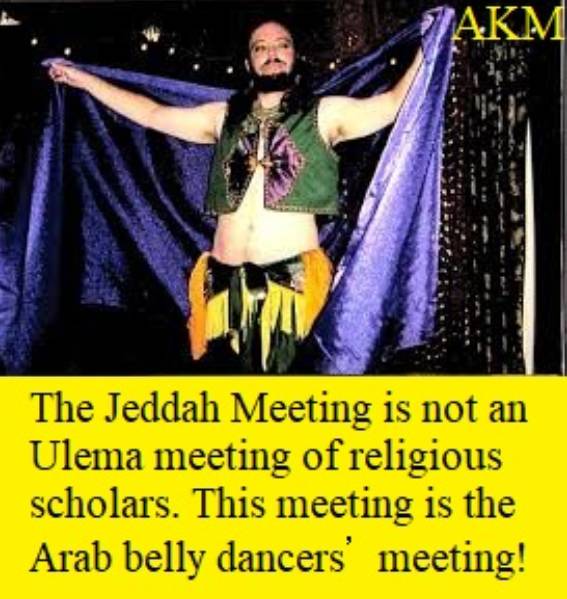 Reports are being published regarding arrangement of a meeting about Afghanistan in Jeddah city of Saudi Arabia.

Islamic Emirate wants to highlights some important points in regard with this meeting.

-The ongoing Jihad in Afghanistan is not an inter-afghan battle or battle among Muslims. This war started 17 years ago when Americans invaded Afghanistan using aerial and ground force and thus Afghan Mujahid nation launched Jihad against it. Since then the entire planning of war, the strategy and supervision against us is the responsibility of Americans. If it was an inter-afghan battle than the international forces would not have spent a half-billion dollars in it, tens of thousands American troops would have not killed and wounded. Still the new strategy of this war is designed and implemented by American leader ‘Trump’ and its military budget is approved by the American Congress for further extension of this war. Our nation is nakedly seeing American airplanes, her unmanned aircraft and helicopters circulating over their heads and her troops on the ground. It will be far away from the truths, terming such matter as inter-afghan dispute in any other country of the world. 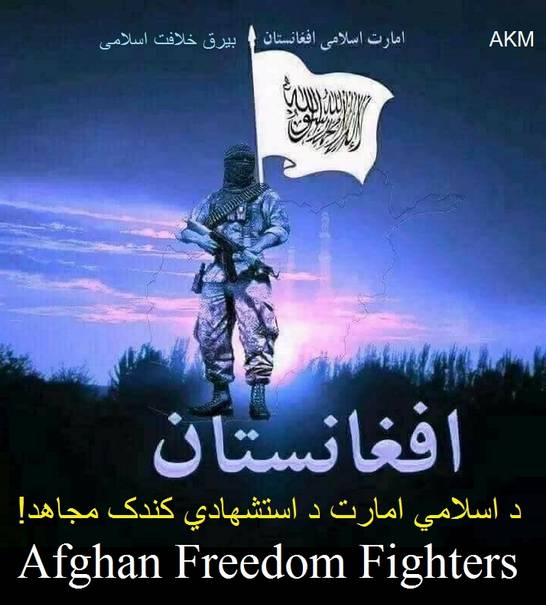 -Those how support American invaders in Afghanistan and fight against their religion, country, and national values and reinforced by Americans, their presence in invaders ranks cannot change the nature of dispute. Because they are not independent, they have been imposed by Americans, they implement American strategy, initially this war was not launched against them, and they are puppets like the communist regime of Afghanistan in the time of Soviet Union, Which had no influence on Jihad at that time. There are clear commands of Allah almighty about sacred jihad against those who side infidels against Muslims.

-The Islamic Emirate of Afghanistan is not a rebellious or terrorist group. But the Islamic Emirate is the name of the thirty million Afghani nation’s struggle for demand of Islam and independence. Islamic Emirate has deep roots in its nation. At the present there is its complete control over 70% geography of Afghanistan. Its goal is an independent Islamic system according to the desire of Afghan nation. Islamic Emirate in the light of Sharia respects international law, good neighborhood, friendly relations and joint peaceful international environment for life and seeks positive relations with the world. It will be very unfair and irrational to call a nation with meritorious history, terrorist and rebel. Nobody has the right to do this and neither should anyone do it.

-In light of the above points if someone still declares the blatant command of Islam for pleasing American President Donald Trump and his companions and calls Mujahid nation a terrorist and rebels, then this will be complicit in invasion of American aggressors and abating of the weak Muslims. And Allah almighty says’ وَلا تَرْكَنُوا إِلَى الَّذِينَ ظَلَمُوا فَتَمَسَّكُمُ النَّارُ وَمَا لَكُمْ مِنْ دُونِ اللَّهِ مِنْ أَوْلِيَاءَ ثُمَّ لا تُنْصَرُونَ (113) هود

And incline not toward those who do wrong, lest the Fire should touch you, and you have no protectors other than Allah, nor you would then be helped. (Chapter 11, Verse: 113)

Whoever joins oppressor knowingly for supporting him, surely he is out of Islam. رواه البيهقى

-The afghan Mujahid nation do not expect the Saudi Arabia authorities and scholars that they will be siding American invaders in this fight between Islam and disbelief. Our nation, due to Islamic brotherhood hopes that Saudi government will help and support our weak nation in this arduous time as they did against Jihad of Soviet Union. Afghan Mujahid nation is still thankful to the Saudi Arabia for their assistance in Jihad against Soviet Union invasion.

-The Islamic conference should stand with ordinary Afghan and support our righteous struggle in this tragedy as it supported in Jihad against Soviet Union.

-At the end we insure our nation and Mujahideen that we believe in our Allah – the helper and Omnipotent – who succeeded our Jihad against communism and English empire, made super powers of its time zero and disposed their plots, will also fail and despised all the invaders under the leadership of American, its propaganda will not affect our legitimate struggle and our Jihad will reach the strand of success reverently, Inshallah. And this is an easy task for Allah, the Almighty.