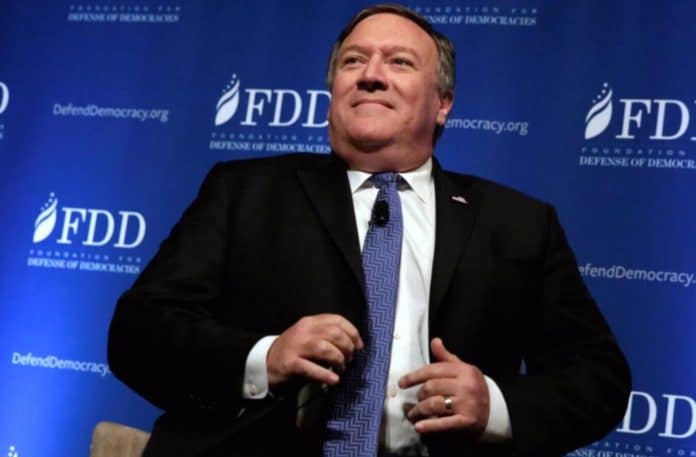 The U.S sets military and political policy for American-Afghan War, the U.S. talks about long-term presence of American troops, and again, the U.S./ NATO pays for the military and administrative expenditures of Afghanistan because of war; but it defines the war as “inter-Afghan”.

The U.S. started the war and the war machine is run by America’s money and air and land force; but it defines the war as “inter-Afghan”.

The U.S. declares to put pressure on Taliban in order to sit on the negotiation table; but defines the war as “inter-Afghan” and says that the United States is ready to mediate between the Afghan government and Taliban in the peace talks.

While English soldiers attacked on the Afghan soil, they were not intending to withdraw; Afghan warriors “Ghazis” made them to withdraw the country paying the price with their lives.

The Red Army of former Soviet Union attacked on Afghanistan; however, they could never imagine of withdrawing from the country, but Afghan Mujahedeen made them to experience the bitter taste of defeat. The great empire of former Soviet Union became collapsed as a result of Afghan Jihad in whose result most of the countries in Central Asia and Eastern Europe took their independence from it.

While campaigning on Afghanistan, the U.S. did not listen to Russians’ remarks and suggestions, and almost the entire countries of the world including the Islamic World’s Pakistan, Iran, Turkey, United Arab Emirates (UAE) and Saudi Arabia were accompanying America in invasion of Afghanistan. It was beyond their imagination and acceptance that their illegitimate war on Afghan soil could become elongated for 17 years. America could not ever admit that their great generals will be talking about defeat in the Afghan war.

American generals could never imagine that former President Barack Obama of the United States will be talking about America’s inability of defeating the Taliban in his last month as a U.S. President.

Let’s have a glance at impatient remarks of Gen. Nicholson after 17 years of American-Afghan war who said that we will put political, regional, social and religious pressure on the Taliban to initiate talks with the Afghan government.

Gen. Nicholson, incognizant of Islamic principles, said that the religious scholars of three countries in Indonesia will issue a fatwa on illegitimacy of the Taliban war.

Now, Mike Pompeo, the U.S. Secretary of State says that Taliban should not wait for the withdrawal of America from Afghanistan. They think that the pressure policy of Trump and Nicholson will work; however, Americans should be well-aware of that their war is not with the Taliban, but it is with the Afghan nation. The history has proven that the governments have never won the wars fought with the nations.

Calling the American-Afghan war as an “inter-Afghan” war after the remarks of Pompeo who said that Taliban should not wait for the U.S. out and that we have long-term presence in here is a mistake upon mistake.

You, the Americans, must be leavening out our sacred soil, Afghan nation will be the vanquisher of American-Afghan war.

I recommend that the American generals and politicians should not repeat the mistakes of past 17 years; they cannot win the war with force, the Afghan nation opposes the presence of American troops, it would be good for the United States, as a responsible side of war, to initiate direct talks with the Taliban. In the absence of and without direct talks, every kind of frame-ups and conspiracies will result in elongation of the American-Afghan War.