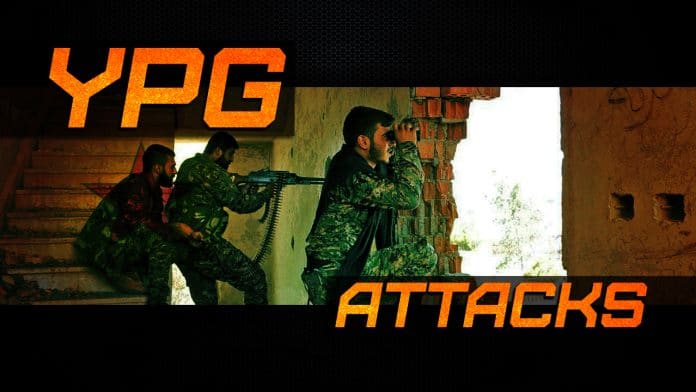 The Kurdish People’s Protection Units (YPG) have claimed that their cells carried out a series of hit and run attacks against Turkey-led forces in the northern Syrian area of Afrin from July 5 to July 8.

One Turkish-backed fighters was reportedly killed by YPG sniper fire at a military point between the settlements of Jinderes and Atma on July 5. Three members of the Hamza Brigade were killed on the road between Rajo and Afrin on July 6. A commander of the Turkish-backed Free Syrian Army (FSA), Mohmmad al-Souleiman, was killed in the Bibil district and an IED explosion killed two fighters in the Shara district on July 7. Two Turkish Army soldiers were reportedly killed in in the Rajo district in a separate attack on the same day.

On July 8, the YPG allegedly carried out a bombing attack on a convoy in the Mabata district killing two fighters.

According to the YPG, since the very start of the operation in Afrin on January 20, 2018, Turkey-led forces have lost 2515 fighters. The Turkish side denies this number describing it as a propaganda.

The continued YPG attacks on Turkey-led forces in Afrin show that the Turkish Army and its proxies from the FSA have so far failed to secure the mountainous part of the Afrin area, which is used by YPG cells to hide and prepare further attacks.

On July 10, an ISIS suicide bomber targeted positions of the Syrian Arab Army (SAA) at the village of Zaizoun in the western countryside of Daraa. According to ISIS-linked sources, about two dozens of SAA troops were killed in the incident. However, this number is clearly overestimated. Pro-government sources say that less than 10 SAA troops were killed or injured in the attack.

The ISIS branch in southern Syria – the Khalid ibn al-Walid Army – has increased its activity against the SAA as government forces are nearing a full liberation of Daraa city and its countryside. According to reports, a radical part of militant groups, which had already surrendered to the SAA in the province, also joined the ISIS-linked organization.