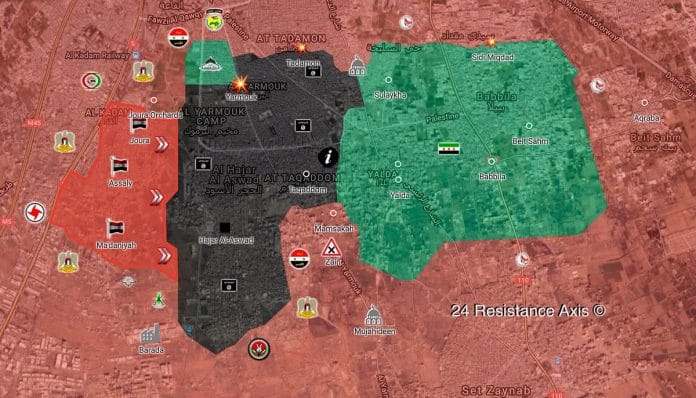 [ Editor’s Note: One of the unnoticed stories of the SAA liberation of the Daraa region is the amount of weaponry that is being surrendered, including armor, which will now be put to good work in defending the area and in the future Idlib, Raqqa, and Deir Ezzor campaigns.

A subplot behind all this is the foreign weaponry that is being recaptured, proof of the undeclared “world war” waged against not only the Assad regime, but the Syrian people.

They were slaughtered indiscriminately by Western, Gulf State proxy terror forces, along with Israel; and NATO having a hand in the pie, always looking for opportunities to justify itself.

And last, the movement of refugees back into the Daraa area will be a testament to the political power that not just Assad, but the Syrian Army are putting in the bank, as the only votes the opposition is going to get is from themselves.

Even those who were not happy with Assad know who unleashed the terror brigades against them, and I doubt they will forget it before the next election … Jim W. Dean ] 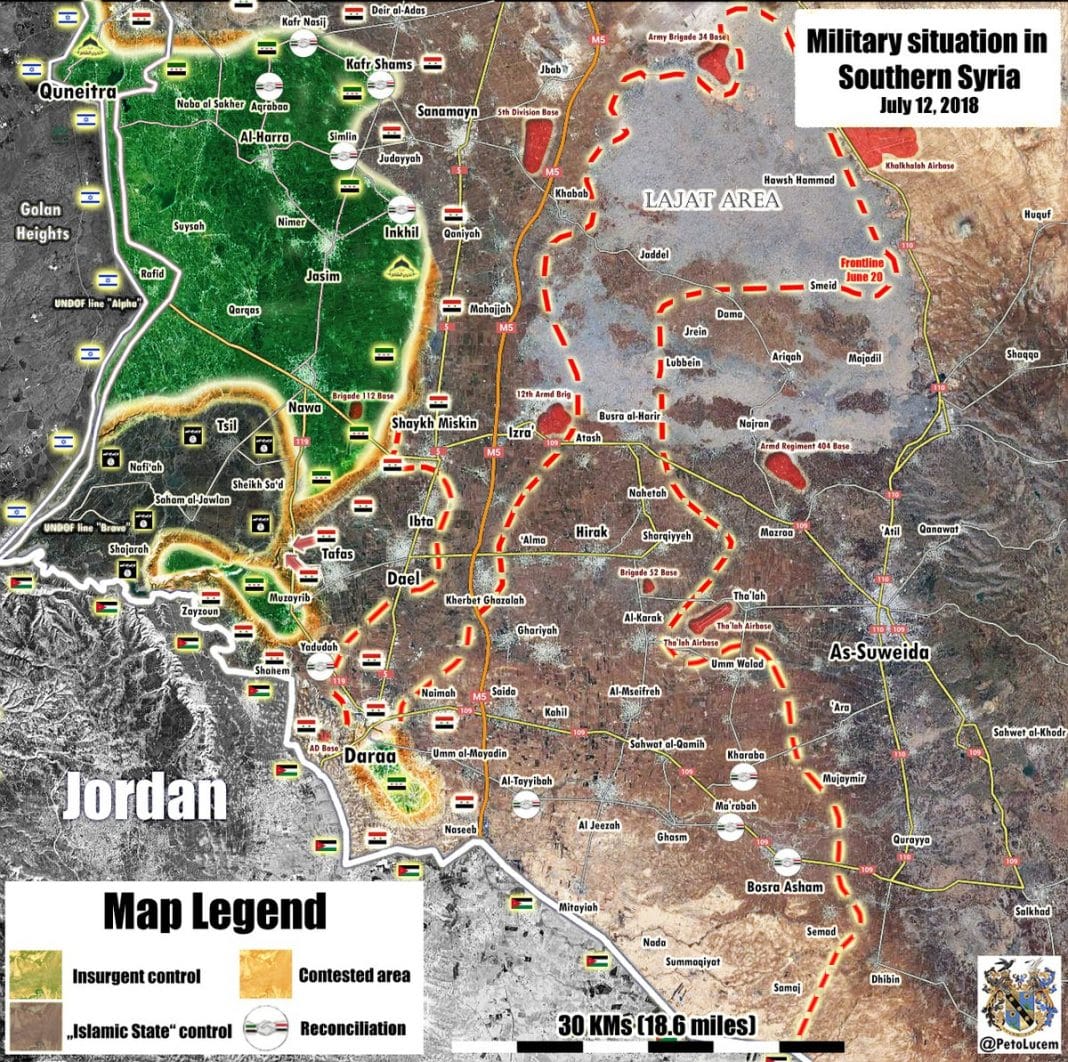 Strategically this Daraa campaign will be ending the free flow of weapons and supplies run out of the huge war operations command underneath the US Embassy in Jordan. The Jordan King is a main culprit in the terror war on the Syrian people. This command center was also manned by Gulf State military officers, and of course always the Israeli “observers”.

There has not been much said about plans for the ISIS pocket west of Daraa that has been supplied by the Israelis. They will be hard pressed to only protect it with air and artillery cover from their Golan positions.

They will of course have their agents on the Syrian side lob a mortar shell over the the fence to give Israel the excuse to strike a Syrian position. So far, Russia has been silent on this. But that might all change after the Trump-Putin summit, or it could get worse.

Israel has been demanding the Iran anti-terrorism forces leave Syria before it gives up anything. Israelis never do anything because it is the right or legal way to do things. The Likuds have extortion in their DNA.

Syria of course has a right to invite anyone to remain in Syria as part of its mini-NATO anti-terrorism campaign, and even moreso so as many of the countries around them have supported the terrorists against them.

I find it amusing that the US with its 700+ bases, and the Israelis who conduct espionage against everybody, anoint themselves as the deciders of what allies other countries can have.

Will the SAA go to Idlib next? If so that could bring conflict with Turkey’s defacto occupation of the area. Where Russia will stand could rule the day in terms of will it use its air power close to Turkish forces, especially when it comes to bombing terrorist supply lines? We might know more after the Trump-Putin summit, or they may go quiet … Jim W. Dean