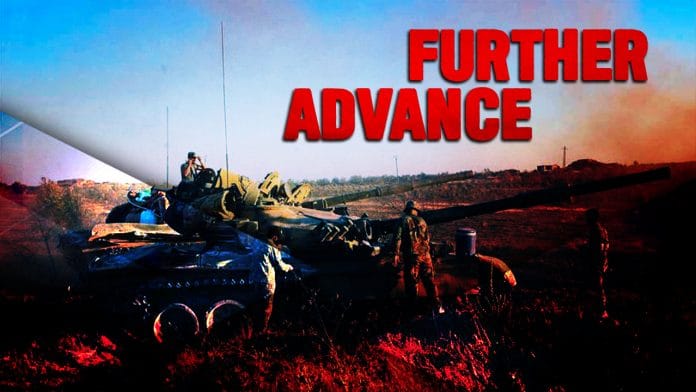 The Syrian Arab Army (SAA) and its allies regained the areas of Tafas, Yadudah and Tal Ashary in the northwestern countryside of Daraa after militants there had surrendered. Units of the Russian Military Police were deployed in Tafas.

Separately, government forces seized French-made APILAS anti-tank weapons from local members of the Free Syrian Army. According to Syrian pro-government activists, these weapons were supplied to militants through Jordan.

The SAA also repelled an ISIS attack in the key hills of Brakat and Alia in eastern al-Suwayda killing several members of ISIS. According to pro-militant sources, there were also casualties among SAA troops.

On July 10 and 11, the Syrian Air Force carried out a series of strikes on positions of Hayat Tahrir al-Sham and its allies in al-Rami, Mozra, al-Najeya, Kinda, Urum al-Jawz, Frikeh, Muhambal and Bsanqul in the province of Idlib.

These strikes were a response to a recent successful attack by Hayat Tahrir al-Sham on SAA positions in northern Latakia in which at least 25 SAA soldiers and officers were killed.

The US-led coalition has supplied the Kurdish-dominated Syrian Democratic Forces (SDF) with 200 more trucks with weapons, Turkey’s TRT TV reported on July 10 quoting a source in the SDF. According to TRT, the new supplies are aimed at supporting the SDF’s operation against ISIS cells in the southern part of Hasakah province.

Despite claims of Turkish leadership that Washington agreed on Ankara’s request to halt military supplies to the SDF, the US continued providing the group with weapons and munition. These supplies continue to fuel tensions between Washington and Ankara.