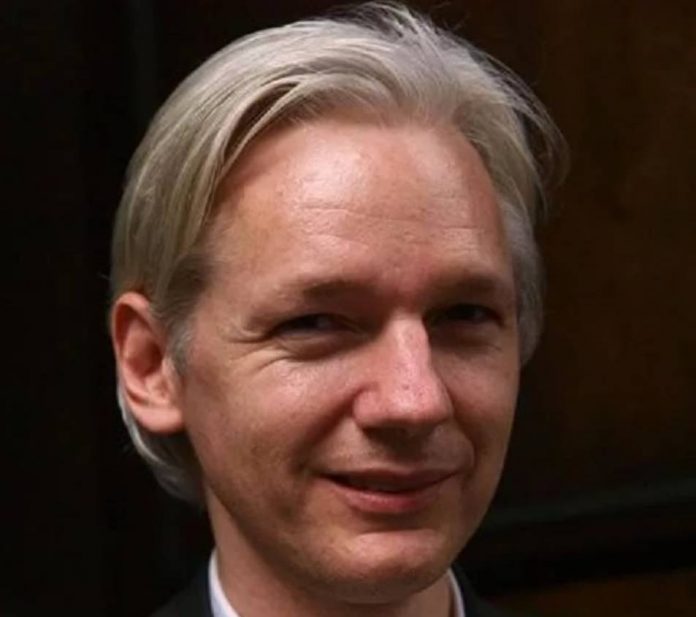 VT recognized Wikileaks, back in 2009, as Israeli intelligence. We traced Assange to Israeli training, along with others in the fake media world who did sojourns in Israel for intelligence training. For Assange, he began with the TOR project, a gateway for child pornographers and pedophile child trafficking rings.

Assange is the key. Without Russia laundering their hacks through Wikileaks, or at least part of them, the hundreds of GOP officials and candidates that would have otherwise been felons for knowingly receiving stolen information and would have been guilty of computer crimes, conspiracy and more.

Assange covers about two-thirds of them.

Wikileaks is a “laundry” for two primary things – one is real hacked information that Israeli and Israeli-controlled (our estimation) GRU agents in Russia use to target the collective enemies of the Sephardic-based oligarchs they serve – all “capo-kingpins” under the Kuhn-Loeb-Rockefeller-Rothschild-Warburg-Schiff-Bush cartels that date back to Venice and Genoa in the Middle Ages.

Those German and Dutch sounding names were borrowed in the 17th and 18th centuries when the banksters expelled from Spain and Britain took possession of the Holy Roman Empire and Hanseatic League.

Ah, but I digress, let’s get back to Wikileaks or another Mossad clone, “Anonymous.”

Oh, that one fell to the wayside.  It was just as fake – funny masks and all.

If one actually reads the Mueller indictments of the 12/13 Russians, you can see how easily computer security organizations can solve problems. Mueller was able to get into the GRU’s systems in Moscow, accessing their search histories – he hacked their phones, he got everything. Anyone who actually reads what Mueller has on them should be afraid.

Then why hasn’t anyone even looked at Wikileaks or Anonymous? They could be taken apart in minutes. Moreover, let’s look at Assange. He isn’t under any investigation other than the Swedish thing – poor gay Julian Assange accused of raping two Swedish women who might well have beaten the crap out of him.

Anyone who has been to Sweden or knows how things work there on the “dating scene” finds the Assange cover story laughable. Trump has been accused of things a thousand times worse and they were all settled with payoffs or threats. You are telling me that Assange’s very public Rothschild-family sponsors, hosting him for years even before he went into supposed hiding, can’t afford a cheap lawyer?

What is the typical payoff for being date-raped by a Nancyboy? Perhaps we should ask Trump.

What are the other things Assange does, when he isn’t darting from one or another of his sponsors’ properties, as he was very publicly before supposedly hitting the Ecuadorian embassy? (Note, this is a country easily bullied by Assange’s big bank buddies, his very public big bank buddies – if you don’t know this, you weren’t paying any attention whatsoever)

Always remember, Assange is a major part of the 9/11 coverup – a huge enemy of Syria, Iraq, Pakistan and Iran and has never leaked a single word involving not only Israel but from any nation or source of any kind discussing one single word about Israel. As Israel is the asshole of creation, being involved in “leaks” or “press freedom” and not standing up to Israel is a bit of a giveaway.

Look for media organizations that pass on Wikileaks info or defenders of Assange. These are all Israeli assets.

Let’s take a second to look at one Wikileaks operation.

Stratfor is located in Austin, Texas and we are told shares much with InfoWars, another organization we recognize as an Israeli intelligence front. There are real private security organizations that operate worldwide, I have some experience in that area. In addition to human intelligence, they also operate earth satellites and other platforms and deeply parallel the NSA’s operations. I have more than minor familiarity with these things.

Stratfor, however, isn’t so robust. In fact, they have been busted from time to time for being more than a bit insubstantial, that is until they were Wikileaks/Anonymous “hacked.”

The material “hacked” from them suddenly became “prime intelligence” though, according to our sources, all of it was totally fabricated to embarrass or damage perceived threats to Israel’s ruling elites.

This is what “laundering” intelligence is about.

In areas such as the rigged 2016 election, now quite proven for those who can read an indictment, using Wikileaks to feed information to Israeli press assets was done to intimidate investigators.

Once the Wikileaks brand is mentioned, the myth of Assange, the media darling comes into play.

What is particularly strange about Wikileaks isn’t just that there is and never really has been a Wikileaks “hacking group.” Nobody from Wikileaks has ever been subject to an investigation or indicted.

Assange isn’t wanted in the US, nor has he been the subject of the secret indictments reported by, now wait for it, InfoWars. The DOJ actually announced that InfoWars had made that up and that Wikileaks is far from wanted – it is key to the operations of Israel’s powerful control over the American press.

We start here because, without busting Wikileaks as an espionage operation run by governments, claims made by Zbigniew Brzezinski so many years ago, Mueller will never get to the real guilty parties.

But then, who do we trust?  Do we trust Mueller simply because the newspapers and the human garbage in congress say he is out to get Trump?

Is this all fake as well?  We wait.

Then we have the years long history of Putin kissing Netanyahu’s ass and letting him bomb Syria at will, when Russia could put a stop to it in seconds. Like nobody notices.

This is one of the things that gives Mueller’s Russia indictments a ring of truth.

Let’s go back to the UK, during the Bush years, when the Murdoch organization, which fronts for Wikileaks and of course runs the Fox News/Hannity propaganda machine that many say runs Trump, was cited in the “phone hacking” scandal.

Why wasn’t it called “illegal wiretapping?” You do realize it was the phones of Britain’s Special Branch, MI 5 and 6 and the screwup royals that were “hacked” or tapped?

Behind it all was the huge pedophile ring that runs Britain. The whole thing was done to quash investigations into Israel’s business model – blackmail and threats – and their stranglehold on Britain.

Then again, they throw nearly dead Lord Janner and Jimmy Savile to the dogs.