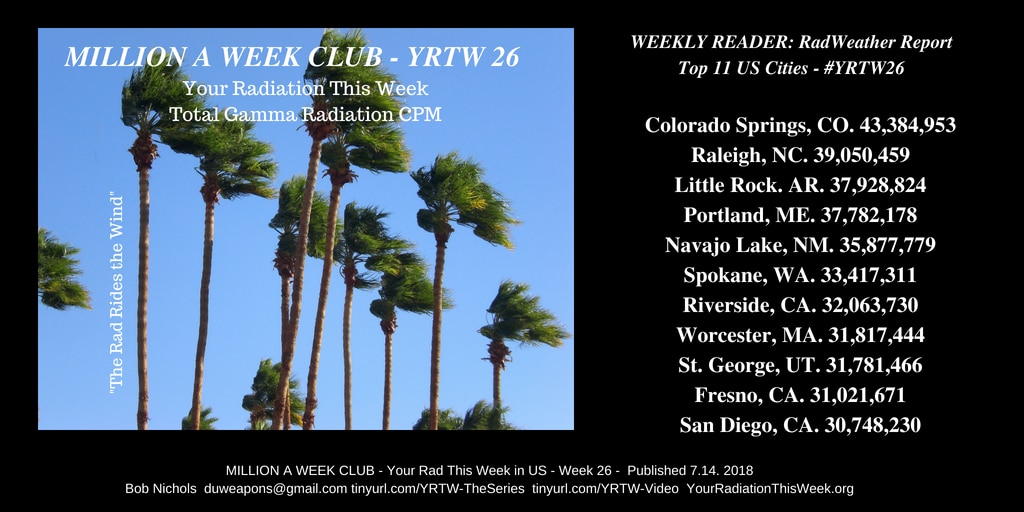 “This is a Bad situation for all who breathe,” states EU physicist Dr. Paolo Scampa.[5] Now included, for the 26th Week of 2018 just passed, all cities above 26 Million CPM [27] Year to Date [YTD] of deadly Gamma Radiation.

Tables of Poisoned American Cities
Million a Week and Total Gamma Radiation Reported in the USA – Week 26
January 1 to July 7, 2018
Published July 14, 2018
Gamma and Beta CPM by City and State in the US 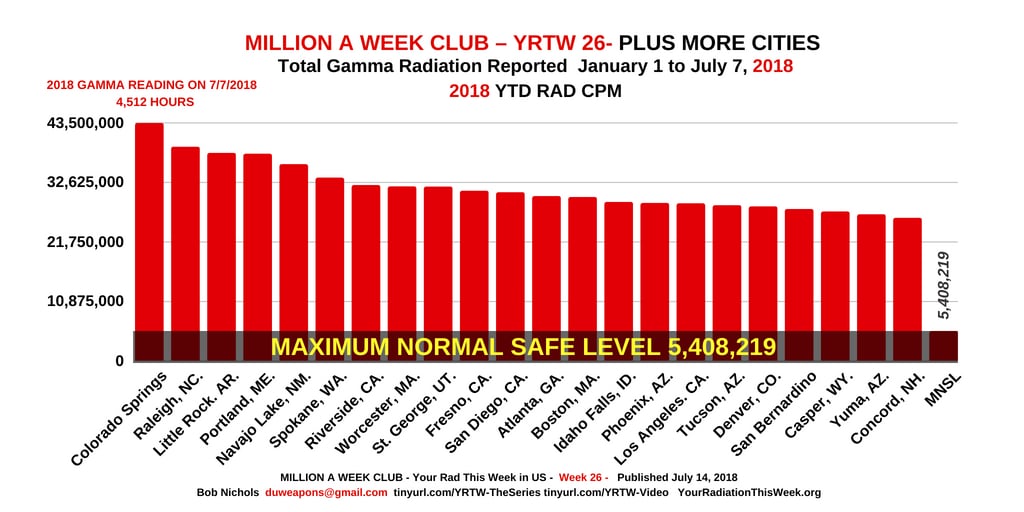 Within minutes or hours of publishing this list of cities over 26 Million YTD Counts of Radiation, four more cities will Zoom past 26 Million Counts of deadly Gamma Radiation since January 1, 2018.

Killer cell assassins, like Plutonium 239, and its brothers were never around. That will be 27 cities above 26 Million Rad Counts so far this year.