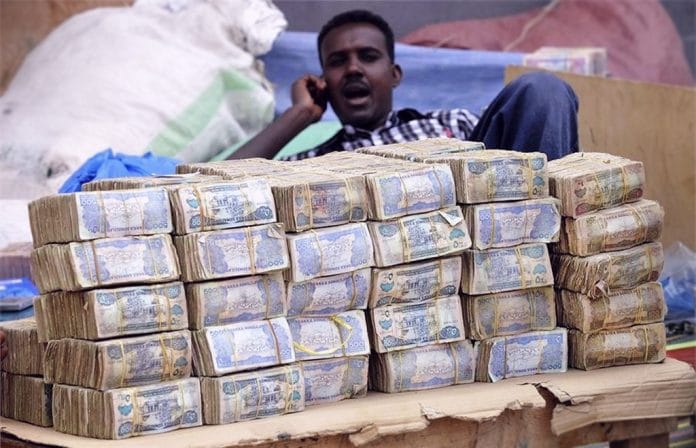 [ Editor’s Note: The blowback from the US campaign to use sanctions as a routine weapon of economic warfare has even included blocking access to US dollars. We are already seeing a declining demand for dollars, as the natural response to be as independent from the dollar for trade as possible.

But there is a ripple effect beyond the currency issue. Countries are also moving their gold reserves from the US out of fear that they might be “held” under some future US economic warfare move, which has swung between extortion and blackmail under the Trump regime.

Less reported are barter arrangements for the countries that share a high volume of trade, forming “joint banks” to settle their trading internally. We are trending toward seeing the building of a defensive network of complex trading tools and strategies, as no one is expecting the US to change its unipolar march over the planet.

US media has not covered the long-range risk to the US economy by the current uber-aggressive Treasury sanction tactics. It is not mentioned at all in political campaigns, other than the childish spin that the US is using sanctions to rein in countries deemed to be traditional military threats, which is ridiculous.

No one of official standing, meaning with a reputation to lose, will debate VT on these fake or hyped military threats, which includes top military and security officials. We view it as an offensive psyop against the American people… Jim W. Dean ]

India’s media have reported that the country has given the go-ahead to a plan to revive a banking mechanism that would allow payments to Iran for oil purchases as well as other trade activities.

The Indian Express reported that Iran’s Bank Pasargad had received an authorization to open a branch in Mumbai. The authorization was accordingly conveyed to the Reserve Bank of India (RBI) by India’s Finance Ministry.

The move – The Indian Express added in its report – would be crucial specifically in light of the returning US sanctions that would potentially choke channels to transfer cash to Iran among many other restrictions.

Iran is the third-biggest oil supplier to India, which, in turn, is the Islamic Republic’s top oil client after China. The daily further added that the channel that would be created through Reserve Bank of India would allow arrangements to settle trade in mutual currencies of both countries.

On the same front, it wrote that the Federation of Indian Export Organizations had earlier approached the RBI suggesting that they should allow the entry of Iranian banks into India to facilitate bilateral trade.

The Federation of Indian Export Organizations (FIEO) had asked the Reserve Bank of India to issue the licenses for five Iranian banks to open branches in India.

In the wake of US sanctions, India might explore the possibility of reviving a mechanism to settle oil payments involving Iran’s Rial and India’s Rupee that was in place between the two countries in the past.

The Rupee-Rial arrangement was used to buy oil from Iran before US sanctions were lifted against it three years ago. Under this mechanism, India paid in Euros to clear 55 per cent of its dues, while the remaining 45 percent payment was remitted in Rupees into accounts Iranian oil companies had with UCO Bank.

The presence of an Iranian bank in India would open up a significant financial channel that would ensure the smooth flow of funds between the two countries, added the daily.

PressTV-Embassy: Iran will work to ensure oil supply to India

As US sanctions loom, Iran’s Embassy in New Delhi says the Islamic Republic will do all in its power to ensure security of oil supplies to India.

India imports a large quantity of oil from Iran and has committed an investment of $500 million for the development of the crucial Chabahar port.

Elsewhere in its report, The Indian Express quoted sources as saying that two banks from Iran, Bank Pasargad and Parsian Bank, had applied to set up maiden branches in India, while another Iranian lender, Saman Bank, had sent an application to set up a representative office.

The government has so far cleared only the Tehran Stock Exchange-listed Bank Pasargad’s proposal for a branch in Mumbai, while the other Iranian banks’ plans are yet to get the green light, the unidentified sources said.

In May, US President Donald Trump announced that he would pull America out of a 2015 nuclear agreement with Iran and re-impose the sanctions that the deal had envisaged to be lifted. He has already emphasized that the sanctions which would be imposed on Iran would be “at the highest level”.

The sanctions would include a universal ban on Iran over buying or acquiring US dollars as well as restrictions over purchases of crude oil from the country and investing in its oil sector projects.

On a related front, a senior US State Department official was quoted as saying recently that the countries purchasing oil from Iran should prepare themselves to completely stop the Iranian crude imports by November as Washington reimposes sanctions against Tehran.