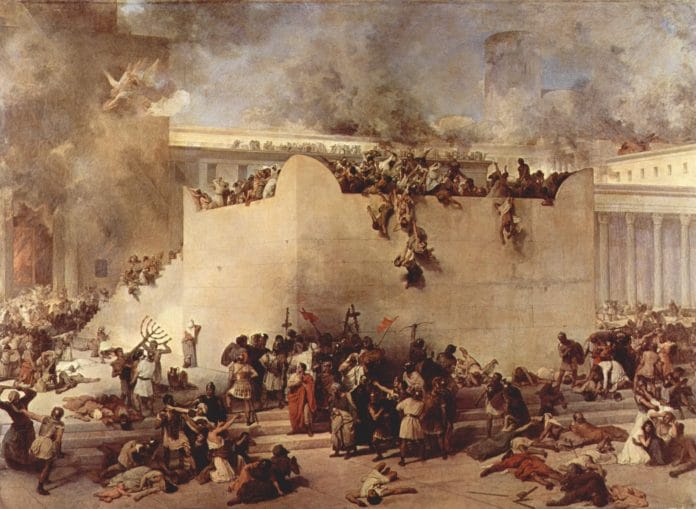 [ Editor’s Note: Oh my, Uri sails into the forbidden waters, but as a Jew and a Zionist he is allowed to. He can even question aspects of it, or even worse, claim that “other victims” were holocausted, like the several million Christian Poles mentioned below.

That’s what we like about Uri. He does not always swallow the party line whole, especially when the evidence refutes it.

I have always had a lonely holocaust position, that WWII itself was THE Holocaust. Why?… because the 50 million claimed killed seems to me to require a special category created for it.

But what disses me off about the holocaustaholic version, those “victim dependency” folks demand that all non-Jews holocausted in WWII should not only go to the back of the bus, but they want them thrown out the back door under the wheels of the trucks coming behind.

I also call this “holocaust supremacism”. Liberal Jews will grasp what I am saying, although most will remain quiet about it.

So once again, we have an example where Jews can have an open, even angry debate about a subject like this, whereas the rest of us are to be burned at the stake if we do anything but bow down before the golden holocaust tablets.

Not me! I acknowledge and honor all of those unfortunate victims, including the German civilians roasted alive during the Allied firebombings. Slauhterhouse Five, the book and the movie are a must-read and -view on this “holocaust” topic … Jim W. Dean ]

The State of Israel has no oil wells. It has no gold mines. What has it got? It has the ownership of the remembrance of the Holocaust.

That is worth a lot. Everyone who wants to clean himself from the stain needs a certificate from the State of Israel. Such a document is worth very much. And the larger the guilt of the applicant, the higher the price of the dispensation. What does that remind us of?

For many centuries the Catholic Church sold “dispensations”. These were documents issued by the pope and the cardinals, which allowed the recipient to dispense with religious duties or to do things forbidden by the church.

The most notorious case is that of Henry VIII, king of England. The pope gave him a dispensation that allowed him to marry a Spanish princess, even though she had a remote family connection with him, contrary to church law. But when he wanted to divorce her in order to marry the daughter of an English nobleman, the Pope denied him the necessary dispensation. The result was the split between the Catholic Church and the independent Church of England, in which the King (or Queen) acts as a kind of pope.

The trouble was that, in time, the issuing of dispensations became a high-class business, from which the pope and lesser priests became rich. This situation caused the rebellion of Martin Luther and the other reformers, who created independent new churches.

The leaders of Israel, headed by Binyamin Netanyahu, now act like the pope in former times: they sell Holocaust dispensations.

Netanyahu did not invent the business. He inherited it from his predecessors. It started with David Ben-Gurion, soon after the end of World War II, when he made a deal with the German chancellor, Konrad Adenauer.

Ben-Gurion declared that there is a “New Germany”, which is totally kosher, and in return the Germans paid the State of Israel three billion marks as compensation, as well as individual pensions to survivors.

I, too, received a small payment for “lost education”, and my parents received a monthly pension which made the rest of their life bearable.

In the eyes of Ben-Gurion, this was a purely economic matter. The new State of Israel had no money, the German compensation helped it to survive the first years. But behind the deal there was hidden another decision.

Israel, as is well-known, is a “Jewish State”. The government of Israel wears two crowns: it is the government of a sovereign state and it sees itself as the leader of the world-wide Jewish Diaspora. The ideological assumption is that these two tasks are one and the same. But that is a fiction.

Such a situation has arisen now.

Binyamin Netanyahu, King of Israel and would-be Emperor of the Jewish people, has signed a joint statement with the Polish government that clears, in effect, the Polish people from all responsibility for the Holocaust. It condemns anti-Semitism and anti-Polishism in the same breath.

The document aroused a storm, centered around two questions: (1) is it correct? And (2) why did Netanyahu sign it?

The second question is easier to answer: Netanyahu feels a profound kinship with the regimes in Eastern Europe, which form a new bloc, headed by Poland, and which also includes Hungary, the Czech Republic and Slovakia.

All these regimes are extreme rightist, near-totalitarian, anti-refugee. One could call them soft-fascist.

In present-day Europe, all of them are in opposition to the leadership of Chancellor Angela Merkel and her allies, who are more or less liberal, welcome refugees, and condemn the Israeli occupation of the Palestinian territories and the Israeli settlements. Netanyahu believes that his alliance with the European opposition might deter the Merkelists. 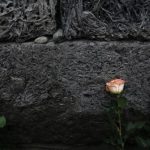 Jewish institutions all over the world see this in a completely different light. They remember that these extreme rightist parties are the descendants of the pro-Nazi parties of the Hitler period. For them, Netanyahu’s cynicism is a betrayal of the Jewish victims of the Holocaust.

A far more important question is: is the joint statement accurate?

In Israel, Netanyahu’s pro-Polish statement is also widely condemned. The hatred of Poland is far deeper than hatred of Germany. It is a long and complicated story.

In pre-Holocaust times, Poland was home to the largest Jewish community in the world. Very few Jews ever ask themselves: Why? How come?

The simple (forgotten) truth is that for centuries, Poland was the most progressive country in Europe. While Jews were persecuted, killed and expelled in most other European countries – including England. France and Germany – they were welcomed by the Polish kings with open arms. One king had a Jewish mistress, noble land-owners used the Jews as managers of their estates, Jews felt protected.

In the course of time, this changed completely. Poles resented the huge minority in their midst, who looked and dressed differently, spoke a different language (Yiddish) and had a different religion. They also resented the economic competition.

During long stretches of domination and oppression by Russia and other neighbors, Poles became extremely nationalist, and this nationalism excluded the Jews. Anti-Semitism became a fierce force. The Jewish answer was a deep-seated hatred for Poland and everything Polish.

The Nazi invasion of Poland created a complicated situation. For most Jews after the war, it was clear that the Poles had cooperated with the Nazis in exterminating the Jews. It became normal to speak about “the Polish concentration camps”.

This made Poles very angry. They recently enacted a law which makes the usage of these and similar expressions a criminal offense.

So when Netanyahu signed a statement clearing Poles of any responsibility for the extermination of the Jews in Poland, it caused a storm of fury in Israel and around the Jewish world.

About a dozen years ago I visited Poland for the first time. It was part of my research for my (Hebrew) book “Lenin Does Not Live Here Anymore”, which described the situation in Russia and several other countries immediately after the fall of Communism.

No country surprised me as much as Poland. I learned that during the Nazi occupation there were not one, but two underground organizations that fought the Nazis. Millions of Christian Poles were executed by the Nazis besides the Jews.

When we returned to Israel, my wife Rachel, who had accompanied me throughout the journey, heard a female shop owner in Tel Aviv speaking Polish. “Did you know that the Germans also killed three million Christian Poles?” she interrupted, still under the influence of what she had heard. “Not enough,” the shop owner retorted.

During the Holocaust, the first reliable information about the extermination camps that reached the Western allies and the Jewish institutions came from the Polish exile government in London. Thousands of Poles were decorated in Israel for helping Jews to survive, often risking their own lives and the lives of their families.

True, many other Poles helped the Germans to kill Jews, as did local people in all the countries of the Nazi occupation. Also, immediately after the end of the Nazi occupation, there was at least one local pogrom. But there were no Polish “Quislings”. Compared with the other occupied peoples, the Poles come out rather well.

There are some exaggerations in the Netanyahu-Poland statement. For example, mentioning anti-Semitism and anti-Polishness – whatever that means – in one sentence. But it certainly does not merit the storm it evoked.

Years ago I read a short story by an Israel writer. It described the invasion of the Middle East by a Mongolian people, who had an obsessive hatred for the Arabs. The occupiers asked the Jews to help them to exterminate the Arabs, promising all kinds of advantages.

How many did so? What would YOU have done?

SOURCEGush Shalom
ATTENTION READERS
Due to the nature of independent content, VT cannot guarantee content validity.
We ask you to Read Our Content Policy so a clear comprehension of VT's independent non-censored media is understood and given its proper place in the world of news, opinion and media.