Tuesday is a red-letter day for international law: from then on, political and military leaders who order the invasion of foreign countries will be guilty of the crime of aggression, and may be punishable at the international criminal court in The Hague.

Had this been an offence back in 2003, Tony Blair would have been bang to rights, together with senior numbers of his cabinet and some British military commanders. But if that were the case, of course, they would not have gone ahead; George W Bush would have been without his willing UK accomplices.

The judgment at Nuremberg declared that “to initiate a war of aggression … is the supreme international crime”. But this concept never entered UK law (as the misguided crowdfunded effort to prosecute Blair discovered last year).

International acceptance of it stalled until states could agree on an up-to-date definition.

The crime was included in the ICC jurisdiction back in 1998, but was suspended until its elements could be decided (in 2010) then ratified by at least 30 states (in 2016).

At last it is finally being “activated”.

In the meantime, Iraq and Ukraine have been invaded and other countries threatened, while Donald Trump attacked Syria last year. Now, the very existence of the crime of aggression offers some prospect of deterrence, and some degree of certainty in identifying the criminals. 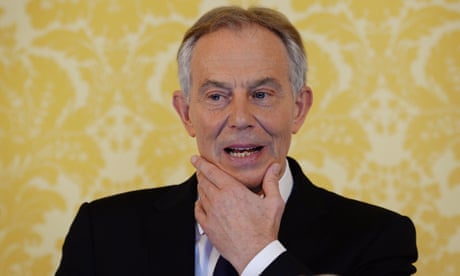