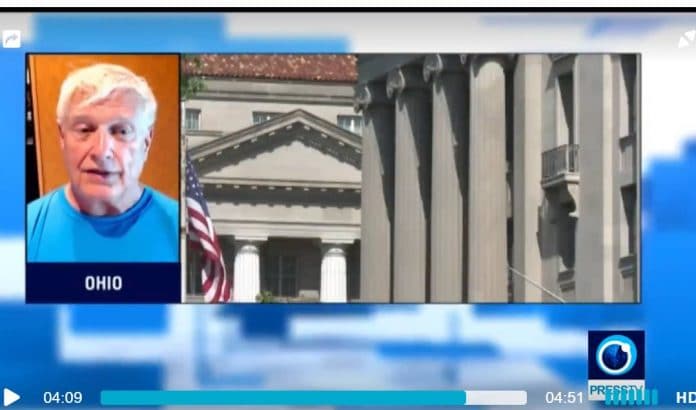 Try this if it fails to load:

The US President Donald Trump is trying to have a good relationship with Israel; however, his presidency has been a disaster for other parts of the region and beyond, says an analyst.

The Trump presidency has been “an incredible disaster” for Iran, Syria, Turkey, Europe and the world, Gordon Duff, senior editor of the VT, told Press TV on Saturday.

Meanwhile, Trump’s presidency is facing a threat for an alleged collusion with Russia during 2016 presidential campaign.

Trump has repeatedly denied allegations that his campaign colluded with Russians.

The US president is scheduled to meet with Russian President Vladimir Putin in Helsinki on Monday.

US Justice Department special counsel Robert Mueller has indicted 12 Russian intelligence officials in connection with the alleged Russian interference in the 2016 election.