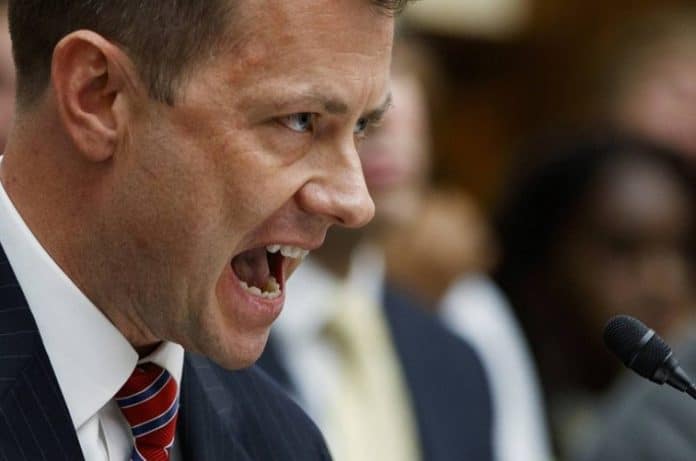 Historically, Russia has much to fear. From the beginning of the 20th century onward, starting with the Russo-Japanese war and the century of death that plagued Russia above all nations, there is little question that Russia’s great size and wealth have placed a bullseye on her.

The real question facing Russia is Donald Trump. Trump’s words and actions differ to such a degree that where there may be a promise of redress, behind the words there are signs of something else, the continual drumming for a new world war and one thing is always true, all Western military ambitions aim toward the gates of Moscow.

The date was July 12, 2018. The place was Washington DC, the American House of Representatives. A veteran FBI agent, Peter Strzok was called before a committee in what was a planned media event. Those who were there to persecute Strzok for his part in the Trump investigation gained their political office through toadying and cowardice.

Strzok was to be summarily executed, discredited, the FBI destroyed, to protect Trump. Waiting in the wings is a Supreme Court nominee, Kavanaugh, who has long espoused dictatorial powers for the presidency and a cavalier attitude for individual liberties. America’s flawed democracy is unlikely to survive the Trump presidency.

As for Strzok, when the insults began to fly, the bible-thumping cretins and jackals doing Trump’s dirty work, Strzok fought back.

“I can assure you, Mr. Chairman, at no time, in any of these texts, did those personal beliefs ever enter into the realm of any action I took. Furthermore, this isn’t just me sitting here telling you that you don’t have to take my word for it. At every step, at every investigative decision, there are multiple layers of people above me, the assistant director, executive assistant director, deputy director, and director of the FBI, and multiple layers of people below me, section chiefs, supervisors, unit chiefs, case agents and analysts, all of whom were involved in all of these decisions. They would not tolerate any improper behavior in me any more than I would tolerate it in them.”

“That is who we are as the FBI. And the suggestion that I in some dark chamber somewhere in the FBI would somehow cast aside all of these procedures, all of these safeguards and somehow be able to do this is astounding to me. It simply couldn’t happen. And the proposition that that is going on, that it might occur anywhere in the FBI, deeply corrodes what the FBI is in American society, the effectiveness of their mission, and it is deeply destructive.” 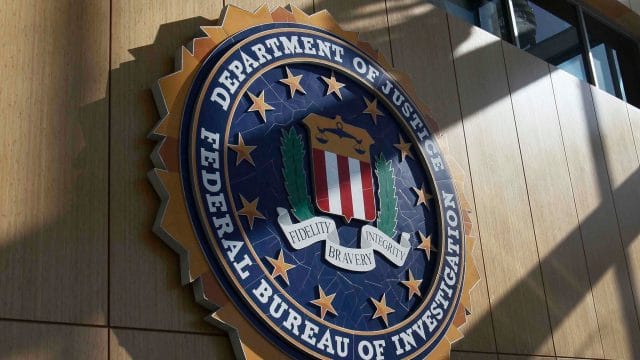 The men Strzok is addressing are the puppets of those who staged the coup in Ukraine, who invented ISIS and who flood the world with heroin produced in the American factories that dot Helmand Province in Afghanistan.

They hide behind NGO’s like the White Helmets or OPCW, they wage war with sanctions and blockades, they wield the world’s currencies they control the markets and their navies patrol the seas.

However, the FBI isn’t without blame. There were dark days after the 2000 election, the Supreme Court, by a highly controversial 5/4 vote stopped an election and appointed a president in violation of law.

He, in turn, stocked the Pentagon with fake generals, firing the competent and replacing them with stooges. The same was done with every aspect of government, including the FBI. Investigations was quashed, and we got 9/11 and martial law, and with it decades of war. It was all planned well in advance.

The FBI was essential to the ruse, arresting fake terrorists, covering up for the Saudis, the Israelis and the neocons who faked intelligence, who covered up 9/11, who pushed America to illegal war after war. None of it could have been done without the FBI. They are not without sin.

Thus, when Republicans, the authors of the worst of FBI abuses under their parentage, go after the FBI, the smell of hypocrisy rises to new heights.

Few outside the US are aware the type of people who sit in America’s congress, their level of ignorance and corruption, both parties but in particular almost all Republicans, owned by the Israel lobby, owned by Wall Street, owned by big oil and defense.

For the most part, these are men, small men, religious hypocrites who take orders from their billionaire masters, Dick DeVos, Sheldon Adelson, the Koch Brothers and a few minor players.

To a man, they are climate denialists, most believe the planet is 6000 years old and that men and dinosaurs co-existed. Their world is a cartoon.

You see, the rich have always run America as they have Britain. With America, it was easy, divide and conquer. The goal from the first was to place a central bank in control, that battle took 120 years, then push the burgeoning industrial giant of North America into a role as “policeman of the world,” or, more appropriately, “mob enforcer” for the banking cartels.

The Republican Party is the foothold and ruling mechanism for the banking cartels and their political stranglehold is managed by manipulating race hatreds, fear of immigrants, class envy and through absolute control of media, education and the nation’s economy. Trump is their tool.

It was easy for them from the first; you see, democracy in America was a promise never fulfilled, a bizarre form of government with constitutional “checks and balances” that, in fact, secure the power of wealth against the welfare of the nation itself.

While Americans and the West, particularly the corporate media, quake at the thought of a Trump/Putin summit, the world prepares to enter new ground.

Trump has proven himself, to the European observer at least, to be childish and mercurial, a proverbial “loose cannon” as it were, careening one way or another leaving damage in his wake.

Trump’s enemies, those who believe Russia put him in office, have a strange ambivalence regarding Russia and is enigmatic leader, Vladimir Putin. Whether Putin is an arch-villain or super-hero, and he is portrayed as a bit of both, Putin is, above all things, paraphrasing the German, “correct.”

Putin is statesmanlike, considered, relaxed, never superior, never condescending, hardly the child of privilege that Trump is. Never have such opposites in both style and substance, not to such a degree, led the world’s nuclear superpowers.

Trump will arrive in Helsinki off a major failure with North Korea. His nuclear settlement has fallen apart, his “deal making” a failed endeavor as he has seemingly found an adversary as mindless and “flaky” as himself.

Trump’s survival, as he sees it, is tied to the destruction of American institutions and the long-failed corpse of the “checks and balances” promised by the constitution.

Whether the FBI will rise from its own ashes as a heroic defender of American democracy remains to be seen. What is increasingly clear, however, is that the destruction of the FBI, a damaged institution at best, as with the destruction of whatever remained of an independent press as well, an institution more than simply damaged, is a necessary precursor to dictatorship.

An American dictatorship can have only one purpose, the domination of Russia.