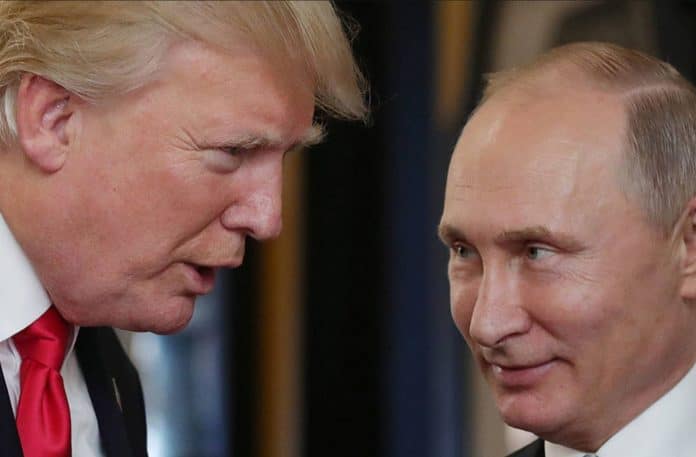 VT Istanbul: Confirmed intelligence sources have informed VT of an upcoming destabilization program against Iran, riots and assassinations inside the country and moves against Iran’s allies outside the country. We expect this to come together in one month.

We also know that a version of this program was outlined by US Secretary of State Mike Pompeo to Russian officials during the Helsinki summit. Russia came to the table so focused on supporting Donald Trump – who they see as their boy in Washington because of his long ties to Russian mobsters – that they are missing the “long game.”

Moves are already underway inside Iraq where the US, backed by Saudi cash bribing everyone in Baghdad with a hand out for free cash, and in Baghdad this is everyone, seeks to “cleanse” Iraq of Iranian influence.

There will be no room for Erdogan’s vision of Turkey in the plans drawn out. Another move by Gulanites, followers of the US-based radical cleric wielded by the CIA to “keep a hand” in Turkey, is expected.

Moves by Turkey to secure advanced Russian air defenses are a recognition that defending itself against America and Israel is the key to survival.

The move in Iraq is seen as a game they know well, Saudi Arabia, the Gulf States and Israel in their formerly long secret alliance, finally publicly joining hands to dominate the region. Iraq’s Sunni business leaders have become increasingly tied to Tel Aviv through Amman, a process that began in 2003.

It was this relationship that eventually flowered into ISIS in 2014, a Sunni-financed move to offset Shiite majority power in Iraq, or so it was believed, which was secretly backed by the West, Israel and Saudi Arabia. ISIS was “sold” to Iraqi Sunni leaders in late 2013 as “their boys.”

A year later, most who believed that were headless corpses. It will happen again. What ISIS couldn’t accomplish, only because of Iran stepping in against them, betrayal will try again; Iraq is the base of operations against Iran as was intended after the Bush/Blair invasion of 2003.

Sources close to former acting Chairman of America’s Joint Chiefs of Staff, then General Richard Myers, have described initial meetings that planned a series of events that were to befall the region starting with 9/11 and culminating with topping the government in Tehran.

While most of the world now believes Russian President Vladimir Putin is running Donald Trump like a hand puppet, there is a real dossier far worse than the one released. For this, we include a short but useful history lesson provided by the Washington Post:

In order to better understand issues behind the Helsinki summit and Vladimir Putin’s strange performance there, VT Managing Editor Ian Greenhalgh outlines what is needed in this Press TV interview:

How it will play out

Russia opened the door with the bend over Putin made to Netanyahu over isolating Hezbollah and Iranian advisers during the latter stages of the war in Syria. With the major fighting in Idlib coming up and the US occupying Syria’s best agricultural land and their oil rich provinces, Putin made a major blunder here.

The US, French and British, backed by Israel and Saudi Arabia, have retrained thousands of ISIS fighters and recruited thousands more, being repackaged as it were as a new “Taliban” to replace ISIS. The Hollywood-scripted theatrics of ISIS, the burnings and beheadings, were a turn-off for many, with unpleasant publicity unavoidable with Israel flying air cover for ISIS and the US arming and even commanding them.

It is easier to simply bribe or assassinate – a new caliphate isn’t necessary. Old tactics work best; but the wild card was Russia, its relationship with Turkey and Iran, and the powerful bloc they formed cooperating in Syria.

Russia had to be shown that it was in its best interests to sell its allies “down the river” – Syria for sure, Iraq, Iran, Turkey – and give up all real power in the region.

The economic blockade of Iran was done to demonstrate to Putin how America could step on the EU, violate treaties and economically crush any enemy.

All the while, Putin has “bought in” on Trump as a malleable dupe. Both, of course, live in an environment where gangster oligarchs operate freely, and their wishes are most often expressed in deep parallel with the most extreme elements in Israel’s Likudist regime.