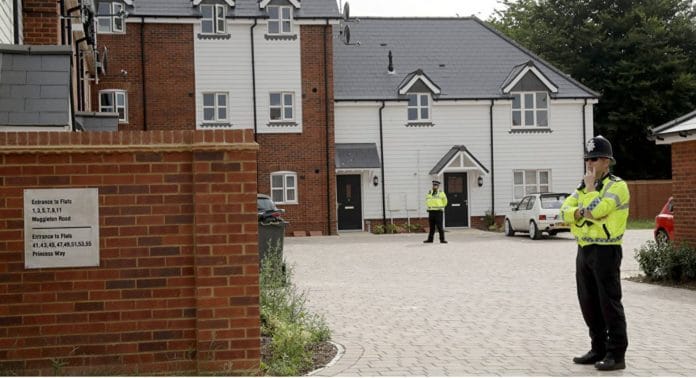 Editor’s note: The assumption here is that Russian agents spiked a bottle of perfume which the Sripals used to spray each other in a bizarre game of “perfume tag in the park” not knowing, of course, that Russian secret agents had gotten into their safe house and added nerve poison to a perfume bottle.

If you think this is a poor run-on sentence, you might have pity and look on the bizarre concept it presents as well.

Now it gets worse, with hundreds of British police, none wearing protective gear, having raked and searched the entire region, looking for evidence, an innocent bystander reaches down, allegedly at the same park where the poison perfume tag game had gone on, and finds the bottle.

Despite the Trump/Putin/Netanyahu Helsinki debacle… 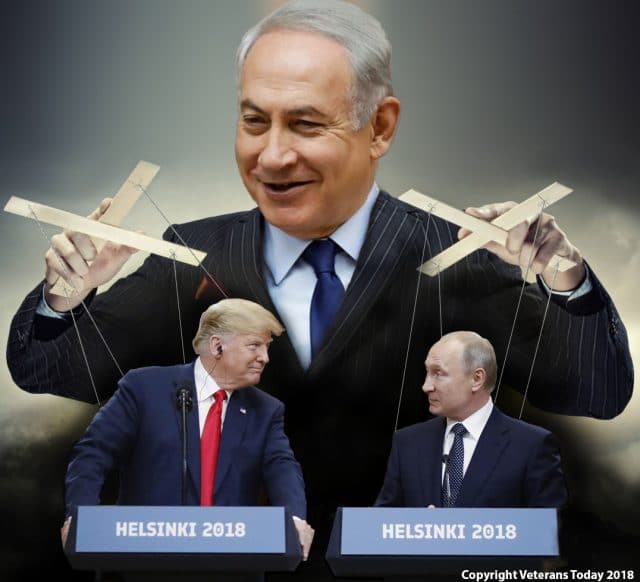 this game going on in Britain of orchestrated Russia bashing tied to bizarre conspiracy theories simply reminds me of when Dr. David Kelly mysteriously killed himself and there was no investigation whatsoever.  Let’s take care of that crime first, then go after Russia.

A couple from Amesbury had reportedly picked up a small bottle of perfume presumably spiked with the so-called Novichok nerve agent, allegedly used against former Russian spy Sergei Skripal and his daughter in neighboring Salisbury. However, scientists have yet to confirm whether the Amesbury substance was from the same batch.

The brother of Charlie Rowley, who is in critical condition after being allegedly poisoned by the A-234 nerve agent (Novichok), has revealed that the deceased Dawn Sturgess had sprayed herself with perfume from a small bottle, which the couple had found.

MailOnline cites Matthew Rowley as saying that his brother had told him that this “particular detail [was] stuck in his mind,” although he didn’t recall what happened afterwards.

According to Charlie Rowley, cited by a relative, he could vaguely recollect “there being an odd ammonia-type smell from the perfume.”
The man remembered that he and Dawn had picked up the bottle, but couldn’t tell his brother where exactly it happened.

“I’ve asked him where he and Dawn picked up the bottle of perfume. Was it in Elizabeth Gardens or somewhere else in Salisbury [where former Russian spy Sergei Skripal and his daughter were allegedly poisoned with the same nerve agent in March]? But he just cannot remember yet,” Charlie Rowley’s brother told the media.

The Metropolitan Police announced they had found a “small bottle” during the search of Rowley’s house in Amesbury. Scientists have confirmed that the substance contained within the bottle is Novichok, according to the police. But researchers have yet to analyze it to determine whether the poison was from the same batch that had allegedly been used to poison the Skripals.

On June 30, Charlie Rowley and Dawn Sturgess were hospitalized after collapsing at their home in Amesbury, located several miles away from Salisbury, where the Skripals were found in a similar condition four months earlier.

Sturgess died in a hospital on July 8, while Rowley regained consciousness on July 10, with doctors claiming he was no longer in critical condition. His brother stated that the man is devastated about losing his girlfriend, but he’s on his way to regaining his physical strength. He’s currently under police protection.

“’There has been talk of possibly relocating Charlie to a safe house, like Skripal and his daughter, when he’s able to leave hospital but nothing has been decided on yet,” Matthew Rowley told the media.

Even though the UK counterterrorism office has repeatedly admitted it had no evidence of a link between the Skripal case and the Amesbury incident, a number of high-ranking officials, including Defense Secretary Gavin Williamson and Security Minister Ben Wallace have accused Russia of the poisoning. The Russian Foreign Ministry has strongly denied Moscow’s involvement in both the Salisbury and Amesbury incidents.

Kremlin spokesman Dmitry Peskov stated that Russia regrets the death of the victim of the incident in Amesbury and is deeply concerned about this state of emergency.