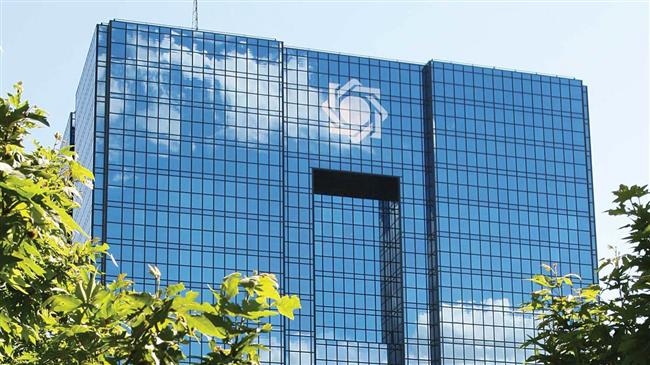 [ Editor’s Note: This is a somewhat confusing story, because the EU triggered its “blocking statute” in May, and because it has taken them so long to set up direct banking relationships with Iran. This should have been done as soon as Trump claimed he was going to the renege on the JCPOA.

The EU’s economy was clearly being threatened by the US, not only by that move, but the double-whammy of Trump also advertising that he was going impose tariffs. So looking back now, it seems the EU was a deer in the headlights, hoping that Trump was just blustering; but the EU lost valuable time.

Trump’s threat to cut off Iran’s oil exports is an overt act of war, yet there has not been even a collective sigh from citizen-America on what the effect to the world economy would be. It’s like the “Trump Trance” has taken over America.

But better late than never, we now hear that Germany, France and Britain will be setting up direct banking relationships with Iran. This is something that these countries should have been doing to break the Federal Reserve’s stranglehold anyway.

That the US had chosen the economic warfare path was openly on display. Can anyone riddle me why the EU seems to have watched it all happen, perhaps thinking that it was all a dream that would go away? … Jim W. Dean ]

European economic powerhouses Germany, France and the UK have reportedly notified Tehran that they seek to open direct banking channels with the Islamic Republic, in what would be the first practical step to sustain the 2015 nuclear deal and sidestep the US, which has unilaterally withdrawn from the accord.

In groundbreaking news, The Wall Street Journal cited “several European officials” as saying that the French, British, and German governments are exploring the option of opening bank accounts for Iran’s Central Bank (ICB) and establishing direct links between their national banks and Tehran.

The trio, the officials said, had laid out their plans to Iran during recent discussions among foreign ministers and senior officials in the Austrian capital, Vienna, and are still trying to iron out the details of their initiatives.

The move, if confirmed, would be the first practical step by Europe toward sustaining the Iran deal. It would also enable direct payments to Iran, bypassing the US financial system. Other European governments, including Austria and Sweden, are also considering similar options, the officials added. Tehran and Washington are yet to comment on the report.

The administration of US President Donald Trump unilaterally withdrew the US from the multilateral deal on May 8, over the objections of Europe as well as Russia and China — the other two parties to the deal with Iran.

The withdrawal entailed not only the re-imposition of sanctions on Iran but also the so-called secondary sanctions on third countries. Most recently, the Trump White House has announced that it seeks to supposedly bring Iran’s oil sales down to “zero.” The measures would collectively cause difficulties for Europe to maintain trade ties with Iran.

That pullout in particular prompted the biggest fissure between America and its natural allies in Europe in contemporary history, and the Old Continent began to attempt to offset the impact of the US withdrawal initially by giving verbal assurances to Iran that it remained committed to the deal and then by taking the unprecedented step to activate a European law — known as the “blocking statute” — that seeks to protect European businesses against the US’s secondary sanctions.

European leaders, who had personally lobbied Trump against a withdrawal, were irked by the US president’s disregard for their calls.

In one sharp rebuke, Donald Tusk, the president of the European Council, on May 16 wrote  on his Twitter page, “Looking at latest decisions of @realDonaldTrump someone could even think: with friends like that who needs enemies. But frankly, EU should be grateful. Thanks to him we got rid of all illusions. We realise that if you need a helping hand, you will find one at the end of your arm.”

But the European parties to the deal are also willing to sustain it because it both benefits them economically through trade (which the “blocking statute” is designed to protect) and keeps nuclear restrictions on Iran, too. The Islamic Republic, too, would also be interested in continued relief from international sanctions and in benefits from international trade.

Intense diplomacy is underway to work out details on whether the deal can potentially continue to stand.

PressTV-‘Europeans must give needed guarantees on JCPOA’

Ayatollah Khamenei says the three European signatories to the JCPOA must provide Iran with necessary guarantees on the continued implementation of the nuclear accord.

After Trump’s withdrawal, Iran said it would consult with its partners in Europe, Russia and China to see if staying in the deal would continue to benefit the Islamic Republic economically. Tehran specifically sought “guarantees” toward that end.

Earlier this month, Leader of the Islamic Revolution Ayatollah Seyyed Ali Khamenei reiterated his call for the European signatories to provide Tehran with necessary guarantees about the continued implementation of the deal.

In May, the European Commission reportedly proposed that EU governments make direct money transfers to Iran’s central bank to avoid US penalties.

On Tuesday, EU foreign policy chief Federica Mogherini said European countries have implemented the blocking statute, which had been activated back in May.