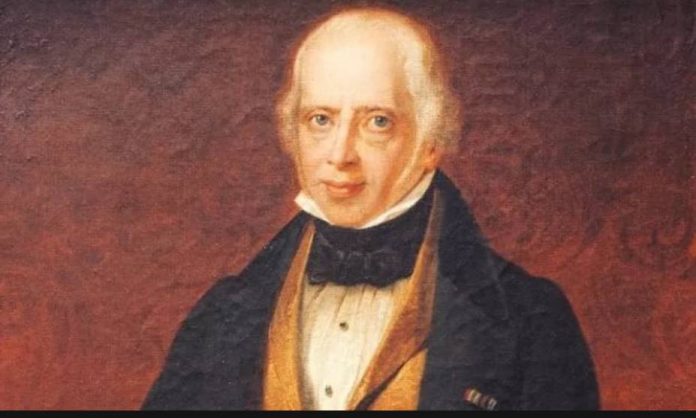 The Internet has shined as a source of reality; now, witness the Luciferian dimming of the lights on reality.  The above authentic Rothschild quote has passed into the realm of “conspiracy theory” (a sure sign of its authenticity?). But wait a minute. Is everything happening not pure evidence of the quote’s spirit? Rothschild “arrested human development” has almost numbed public ability to intelligently assess evidence, a kind of brain Novocaine. 9/11 is the king of false-flag Rothschild terrorizing, so far, but monarchies can come and go with enough public freethinking. For some insight, let’s check in with the London Times, 1865:

If that mischievous financial policy, which had its origin in the North American Republic, should become indurated down to a fixture, then that Government will furnish its own money without cost. It will pay off debts and be without a debt. It will have all the money necessary to carry on its commerce. It will become prosperous beyond precedent in the history of the civilized governments of the world. The brains and the wealth of all countries will go to North America. That government must be destroyed, or it will destroy every monarchy on the globe.

Whoa, “civilized governments”. Subjugation by smothering debt…is that the definition of civilized? Imagine the psychopathy of declaring that the following must be destroyed:

— A government furnishing its own money without cost (usury)

— A government paying off debts—and being without a debt

— A government with all the money to carry on its commerce, prosperous beyond precedent in the history of civilized governments, attracting brains and wealth of all countries

President Lincoln provoked that response from the London Times by…instead of saddling citizens with the 24% to 36% interest demanded by bankers to finance the Civil War for the North, Lincoln came up with “Greenbacks”. $449,338,902 of these full legal tender Treasury Notes were printed.

Lincoln soon armed the American people with the reality:

“The money power preys upon the nation in time of peace and conspires against it in times of adversity. It is more despotic than monarchy, more insolent than autocracy, more selfish than bureaucracy. I see in the near future a crisis approaching that unnerves me, and causes me to tremble for the safety of our country. Corporations have been enthroned, an era of corruption will follow, and the money power of the country will endeavor to prolong its reign by working upon the prejudices of the people, until the wealth is aggregated in a few hands, and the republic is destroyed.”

“Civilized” becoming synonymous with destruction sure reeks of Khazaria.

Lincoln also said, “I have two great enemies, the Southern Army in front of me and the bankers in the rear. Of the two, the one at my rear is my greatest foe.”

Lincoln became the first POTUS to be assassinated for fighting against the, “Rothschild Privilege”, 1865.

President James A. Garfield was next. He warned of the dangers to America should these European Central Bankers ever gain power: “Whoever controls the money of a nation, controls that nation and is absolute master of all industry and commerce. When you realize that the entire system is very easily controlled, one way or another, by a few powerful men at the top, you will not have to be told how periods of inflation and depression originate.”

Garfield was assassinated in 1881.

Then came William McKinley. He began his attack against the Central Bankers with Secretary of State John Sherman. They used the “Sherman Antitrust Act”against the Rothschild supported and funded JP Morgan financial empire known as the Northern Trust, which by the late 1800s owned nearly all of America’s railroads.

McKinley’s fight against the Rothschilds ended with his assassination in 1901.

President Kennedy was the last president to create a U.S. money system in defiance of the Rothschild Privilege.

Five months later, Kennedy was assassinated by a “lone gunman” firing magic bullets. For anyone intelligent enough to know why the sun rises in the east and sets in the west, the assassination of Kennedy is as obvious as 9/11.

Honorable Mention:  President Andrew Jackson was the first POTUS slated for assassination. On January 30, 1835, outside the US Capitol building, Jackson survived the assassination attempt when both of the assassin’s pistols misfired. Jackson beat the assassin with his cane before the crowd moved in for justice.

“You are a den of vipers and thieves. I intend to rout you out, and by the eternal God, I will rout you out.”

Spirit of that quote by Jackson says it all. Whether or not “I killed the bank” is actually set in his tombstone, the spirit is clear.

Very simple, actually; all that’s needed for such blanket subjugation:

— control the money with instruments of debt (dollars), that Rothschild Privilege

— control the population via instruments of arrested human development

Regarding the money, the “Federal Reserve Bank” (fed)—not part of the United States Government, but a private, for-profit corporation ultimately owned by eight elite banking families:

Regarding the narrative, everything from Hollywood to television to newspapers to radio to music to book publishing to education to weather to…a satanically comprehensive wet blanket on reality sweating Zionism.

Regarding control of government, we have a metastasizing disease of dual citizens, all Israeli/US, in that order of allegiance. At least 13/100 Senators; at least 27/435 House Representatives (growing like cancers do). But perhaps the most satanic of all are those appointed Zionists—especially that ultimate malignancy, neocons. Behold, the disease in the Obama administration (especially in policy advising, and, banking):

It’s buried in the same landfill that our Bill of Rights has one shoe in.

Vaccines containing mercury, aluminum adjuvant…and anything else they want to shoot us up with. Same with Stratospheric Aerosol Geoengineering (chemtrails)…virtually anything they want to spray us with. And there’s fluoride in drinking water, GMOs, biosphere devastation from fossil fuels, radiation (Fukushima is the 9/11 of nuclear energy), depleted uranium projectiles used on people opposing those not chosen by God (see multi-generational cancers), and, of course, humanitarian interventions….

The list is as almost as exhaustive as it is evil. Perhaps the answer to why lies in the new world order’s first commandment, as written in stone (Georgia Guidestones):

“Maintain humanity under five hundred million in perpetual balance with nature”. Yes…just enough slaves to do necessary work to support the parasitical elite.

Current human population stands at 7.6 billion. Seems the greatest challenge for the high cabal is how to eliminate over seven billion people without destroying the biosphere. At least the elite have their monstrous underground solution.In part two:

WW1 and the birth of Israel

Project for the “New American Century”

Rand Clifford lives in Spokane, Washington. He has published over 100 Internet articles since 2007. His novels, CASTLING, TIMING, and Priest Lake Cathedral are published by StarChief Press. Contact for Rand Clifford: [email protected]
ATTENTION READERS
Due to the nature of independent content, VT cannot guarantee content validity.
We ask you to Read Our Content Policy so a clear comprehension of VT's independent non-censored media is understood and given its proper place in the world of news, opinion and media.