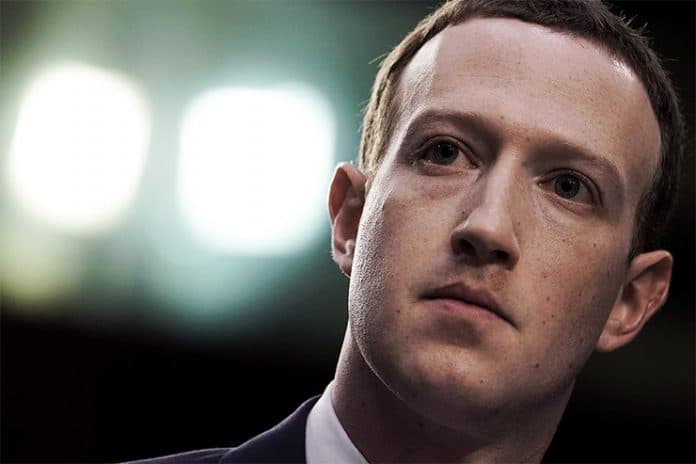 [ Editor’s Note: Butler picks up on an old VT topic, the behind-the-scenes dirty dancing between intelligence agencies and social media platforms that, in return for using their service for free, get permission to collect all the data needed to create a massive profiling database that someone might want to use.

Some of the suspects would be the people who long ago realized that supercomputers and artificial intelligence, working seamlessly with each other, could take “crowd control” to a level beyond the imagination.

But there was a catch. That would require a huge amount of historical preference data on people and some way to stay current with breaking events to be able to predict what people would do in various situations.

A Google executive went overboard at a conference on this and gave up the ghost, saying that they would soon be able know what their users were going to do before they did.

VT quickly put two and two together – being incurably suspicious folks – and quickly saw the potential that the major money-losing major platforms, like YouTube and Facebook, were created specifically to provide the data streams necessary for the artificial intelligence technology to use.

The biggest joke is their continuing claim that it was all set up purposely for advertising – but we know better. The major intelligence agencies could not, and would not, allow such data to be compiled without their having the ability to use it.

Suspiciously, no major investigative journalism has been done by mainstream media on what is one of the most important privacy security-breach conspiracies in the history of mankind.

The Intel agencies, including Israel, have their hooks deep in these data streams, by either enticing them to hand it over, and making it attractive to do so, or by stealing it from them, probably with their knowledge so they would have deniability.

Don’t hold your breath waiting for Congress or any parliaments to put minders inside all of these companies, like receivers in a bankruptcy case, to constantly monitor any abuse of their data collection.

This of course would be fought tooth-and-nail by those involved, but it is a story that must eventually come out, even as the vested interests team up to make sure that it does not… Jim W. Dean ]

In this report, I want to accomplish two goals. First, I want to come out and admit that I often wonder what it is like to be totally devoid of intelligence and good character and to possess only one paramount and defining trace of good – to be lucky as hell. Second, I want to share with you a story that proves once and for all that we are doomed to an eventual cataclysmic meltdown.

And every day of my stint trying to make sense of the mess we’re in, I’ve considered the real enemy – the dotard, atheist, nincompoop on the other end of the globalist narrative who’s been struck by the magic wand of fate. The god of luck, you see, is the real enemy of humankind.

Look at Facebook’s Mark Elliot Zuckerberg, for instance. He and his college chums Eduardo Saverin, Andrew McCollum, Dustin Moskovitz, and Chris Hughes were mystically catapulted into billionaire-land on the power of a cheesy website decked out in dull blue that basically emulated MySpace.

I was there testing and analyzing the horde of competitors to Facebook, so I am more aware than most of the degree of “luck” these Harvard boys were stricken by. But the warped Disneyland that is the Silicon Valley epic is another story. Today Facebook has been caught in more skullduggery.

When I read this morning that Zuckerberg’s social media giant was caught labeling tens of thousands ofUS users as persons “interested in treason,” I was only surprised a Dutch Radio station broke the story first. For those of you who have not learned of this, the Danish public-service broadcaster Denmark’s Radio (DR) reported discovering that Facebook was attaching a “treason” tag via its automatic algorithm to identify selected users.

To make matters worse, once the Danish investigators called the social network out, Zuckerberg’s PR people went to work cooking up the ridiculous excuse in the history of social media spying, “We did it for advertisers!”

Well, since Zuckerberg was probably put in place by the deep state and the NSA in the first place, I guess the social network’s biggest advertiser needs all the user data it can get. This must include McCarthyism in its latest form – tagging any of us who do not agree with the hostile takeover of the whole world. But hold on, the latest Facebook spying story gets even more ridiculous, read on.

Caught red-handed targeting users for watchful eyes, Facebook’s brilliant PR team slams on the realism brakes and reverts to pure fantasy. According to the story from DR, the network then claimed 65,000 Russians might be in danger because it was the Kremlin using the tags to unmask traitors! Confused yet?

The Danes went so far as to conjure up their own social media expert Benjamin Rud Elberth, to explain how those pesky Russians did it again. Elberth, who makes his living doing digital campaigns for the same politicians who try and enslave us all, frames the Russians by chiming in about Facebook targeting practices. Duh.

Anybody can build a database for minute targeting using Facebook or any other digital media channel. The problem is not countries or company’s using Facebook data, but the internal application of tagging for nefarious reasons. As a digital PR and marketing expert (legit one), I can make sure your customer gets your message this afternoon. What I cannot do is manually insert a variable that ferrets out people I consider traitors or terrorists etc.

This “labeling” by Facebook did not just start the other day. The social network had been churning all the user data since the beginning back in 2004. Anybody who knows these Silicon Valley amoralists knows for certain that cheating is seen as just part of the game, a fun game of conniving and using the good old switcheroo.

Again, this aspect of the digital age is a subject for another book. We are better served today asking how a story in Denmark about Facebook labeling people as “treasonous” turned into a defense for Zuckerberg and whoever stands behind Facebook spying.

What makes the Danish “investigative” story most interesting (suspect) for me is the fact the radio station turns to Danish SEO experts to lend credibility to the notion Putin and Russia are hunting traitors via Facebook!

As the former editor of Search Engine Journal and an expert in search since Google became popular, I can tell you that the tag “SEO” attached to anybody’s name brings to mind digital mafia. Citing Obsidian Digital’s Halfdan Timm puts a real black hat on the Danish news cowboys attempting to implicate Russia in all this.

Maybe Obsidian is one of the handfuls of white hat SEO companies, and maybe Putin had Elvis killed too, but I doubt it. However sensational (and useful for traffic) the Danes think Facebook revelations are these days, the capability to target people based on their prior actions is a no-brainer. Before I go on, let me quote from a study from the Psychometrics Centre, University of Cambridge:

“We show that a wide variety of people’s personal attributes, ranging from sexual orientation to intelligence, can be automatically and accurately inferred using their Facebook Likes. The similarity between Facebook Likes and other widespread kinds of digital records, such as browsing histories, search queries, or purchase histories suggests that the potential to reveal users’ attributes is unlikely to be limited to Likes.”

So to break this down, the story here is not about national intelligence agencies using every scrap of intelligence they can get to protect their countries. The breaking story is the probability a publicly owned U.S. company is collaborating with the intelligence community covertly, in order to abuse the rights to privacy of not just tens of millions of Americans, but billions of people worldwide.

But the Danish spy experts and radio announcers were not so much concerned with Facebook lawbreaking and skullduggery as with implicating those Ruskies. I quote from the RT article:

“When Danish journalists stumbled upon this awkward Facebook practice, the first thing they thought about was Russia. The DR piece on the issue does not mention any nation except for the Russians, even though Facebook admitted that the tagging practice was worldwide. However, they took the trouble of counting exactly how many Russians using Facebook were labeled as “interested in treason” only to warn readers that as many as some 65,000 people could be subjected to “persecution” by Russian security services as a result of the social media giant’s callous actions.”

Once again, we are left in a conundrum. There’s still no definitive answer to questions like “Who’s gaming whom?” Who’s getting paid? Which one is the bad guy? Who is telling the truth? All these and more questions are these days obscured by the noise and the cover-ups. Facebook working with the Deep State is lost in the propaganda set to label “Putin evil” above all else.

It’s amazing how a breaking story about Facebook being caught profiling its users made no mention of the fact Facebook and other technology giants work with the NSA and CIA. Instead, would be experts from Copenhagen are linked in to insist Vladimir Putin stands behind. Right.

As a passing note, does anybody know how to spell the Russian word for “treason?” Gee, I wonder why Facebook did not tag treasonous thinkers in all languages? Sorry, I am just thinking out loud.