Just as the Bush administration paraded Iraqi-Americans on TV in 2002 begging the US to bomb Iraq, Secretary Mike Pompeo will use his event in California on Sunday with the Iranian-American community to give the impression that Iranian-Americans back Trump’s policy of destabilizing Iran.

It’s a classic page out of the Iraq-war playbook.

And if there was any doubt about the Trump administration’s intentions, the coziness of members of his team with the MEK terror cult is instructive of the administration’s end game. In fact, at least one member of the MEK has been invited to Pompeo’s speech.

The war party in Washington has found its Iranian Ahmad Chalabi. 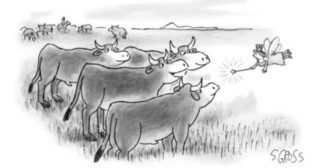 On July 22, Secretary of State Mike Pompeo is scheduled to address an Iranian-American audience at the Reagan Presidential Library in California.

The speech is part of a deliberate policy of escalating tensions with Iran, targeting its economy and supporting Iranian opposition groups — all for the purpose of pressuring and destabilizing Iran.

At least one member of an Iranian terrorist group that has killed American citizens will also be in attendance.

But it won’t be to disrupt Pompeo’s speech; rather, to support it. In fact, the member is on the invitation list.

How an organization that was only delisted by the US Department of State as a terrorist group in 2012 could so soon after win influential friends at the heart of America’s current administration is the strange and sinister story of the Mujahedin-e Khalq, better known by its initials, MEK. Commonly called a cult by most observers, the MEK systematically abuses its members, most of whom are effectively captives of the organization, according to Human Rights Watch (HRW).

Regardless of its delisting by then Secretary of State Hillary Clinton—a political calculation on her part since many senior Democrats, as well as Republicans, had been persuaded by the MEK’s lavish lobbying efforts—the group has never ceased terrorizing its members and has continued to conduct assassinations inside Iran.

In the 1980s, the MEK served as a private militia fighting for Saddam Hussein during the Iran-Iraq War. Today, it has a different paymaster: the group is believed to be funded, in the millions of dollars, by the Kingdom of Saudi Arabia. In Washington, D.C., as in Paris, France, the MEK pays tens of thousands of dollars in speaking fees to US officials. Bolton, in particular, is a long-time paid supporter of the MEK, reportedly receiving as much as $180,000 for his appearances at the group’s events.

The group is so awash with cash that it doesn’t just pay the speakers; it buys the audience, too. Those young Poles and Czechs who traveled to hear Giuliani’s speech on June 30 came not out of fascination with Trump’s lawyer but for the free weekend in Paris they were offered. The only thing the MEK’s money can’t buy is popular support among Iranians.

The MEK goes back a long way. Founded in the early 1960s, it was the first opposition group to take up arms against the repressive regime of the Shah. Its ideology was based on a blend of Marxism and Islamism, and the group enjoyed widespread support inside Iran in the 1970s. But a series of missteps saw its popularity dramatically dwindle.

After the Shah was deposed, the group’s rivalry with Ayatollah Khomeini came to a head not long after the MEK opposed Khomeini’s decision to release the fifty-two American embassy staff held hostage by Iran, and instead, called for their execution. In fact, only a few years earlier, as part of a campaign targeting the Shah’s regime, the MEK assassinated three US Army colonels and three US contractors, in addition to bombing the facilities of several US companies.

Many of the MEK’s members fled to Iraq and established military bases with the blessing of Saddam Hussein. Siding with Saddam in that long and devastating war, which was estimated to have killed more than 300,000 Iranians, turned the MEK into traitors in the eyes of the Iranian public. Nothing has happened since then to change this view of the MEK inside Iran. But the more politically irrelevant the MEK became, the more extreme and cultish it got. After suffering a military defeat in 1988 in which it lost around 4,500 of its 7,000 fighters in a disastrous incursion into Iran, the MEK was in crisis. To prevent the organization’s collapse, its leader, Massoud Rajavi, intensified the cult-like character of the organization in order to prevent its members from defecting.

The MEK’s human rights abuses have been well documented by human rights organizations. The MEK leadership has reportedly forced members to make taped confessions of sexual fantasies that are later used against them. In Iraq, disobedient members were routinely put in solitary confinement—in at least one case, for as long as eight years, according to HRW. Other members were tortured to death in front of their kin.

As one US official quipped to me in 2011 when the organization was running its ultimately successful multimillion-dollar lobbying campaign to be removed from the State Department’s terrorist list: “Al-Qaeda actually treats its members better than the MEK treats its.”

The MEK, of course, rejects all accusations of terrorism and abuse. The group is not a cult, its advocates insist, but Iran’s strongest democratic opposition group in exile, which seeks a free and democratic Iran. Its members were not forced to divorce, a senior MEK official told the BBC in 2010. Rather, they all divorced their spouses voluntarily. En masse. And anyone who raises these accusations against the group is immediately branded a partisan for the theocratic regime in Tehran.

Given the MEK’s long record of terrorism, human rights abuses, and murder of US citizens, one would think that senior American officials like Giuliani, Pompeo, and Bolton wouldn’t go near the MEK, let alone fraternize with its members or take its fees. But when it comes to Iran, the usual rules don’t apply.

Even when the MEK was on the terrorist list, the group operated freely in Washington. Its office was in the National Press Club building, its Norooz receptions on Capitol Hill were well attended by lawmakers and Hill staff alike, and plenty of congressmen and women from both parties spoke up regularly in the MEK’s favor.

In the early 2000s, in a move that defied both logic and irony, Fox News even hired a senior MEK lobbyist as an on-air terrorism commentator.

Al-Qaeda may treat its members better, but rest assured, neither al-Qaeda nor ISIS has ever rented office space in Washington, held fundraisers with lawmakers, or offered US officials speaking fees to appear at their gatherings. But the MEK did this openly for years, despite being on the US government’s terrorist list.

The money that Maryam Rajavi (Massoud Rajavi’s wife, who has taken over leadership of the organization since Massoud’s mysterious disappearance in Iraq in 2003) offers to American politicians and the organization’s aggressive advocacy and lobbying only partly explain the group’s freedom of action at the heart of America’s political capital.

Certainly, some politicians have likely been duped by the MEK’s shiny image, but Washington’s better-informed hawks are not duped — they simply like what they see, even at the risk of running afoul of federal ethics laws.

At the heart of this improbable-seeming affinity lies a sense of common interest between these anti-Iran fundamentalist, pro-war elements in Washington and Rajavi’s terrorist militia. The US hawks have no problem with the MEK’s terrorist capacities because the group’s utility is beyond dispute—after all, NBC reported that Israel’s spy agency, the Mossad, relied on MEK operatives to assassinate Iranian nuclear scientists during Iran and Israel’s secret dirty war between 2010 and 2012.

American officials, including the national security adviser, can have no illusions about the MEK’s disingenuous propaganda lines about seeking democracy or enjoying support inside Iran. They know very well how despised the MEK is in that country. Unlike other Iranian opposition groups, however, the MEK can mount military operations. Its members are experienced in sabotage, assassinations, and terrorism, as well as in guerrilla and conventional warfare.

These are not qualities that lend themselves to any project of democratization, but are extremely useful if the strategic objective is to cause either regime change (by invasion) or regime collapse (by destabilization).

In other words, for Washington’s anti-Iran hawks, the MEK doesn’t have to replace the theocracy in Tehran; it just needs to assist its collapse. The ensuing chaos would weaken Iran and shift the regional balance of power toward US allies like Israel and Saudi Arabia.

When my organization, the National Iranian American Council, campaigned against the delisting of the MEK in 2012, I gathered that some in Washington were uncomfortable with our position even though they had no sympathy for the group.

They viewed the MEK as irrelevant and felt that resources should not be spent on fighting to keep the group on the list. Others feared the harassment that inevitably follows speaking up against the MEK.

But we remained firm in our opposition and pointed out that if the MEK was taken off the list, the warmongers in Washington would be able to throw their full support behind the organization and use it to advance its policy of confrontation against Iran.

In 2012, my organization warned that the MEK was an Iranian version of the Iraqi National Congress, the opposition-in-exile to Saddam Hussein led by Ahmed Chalabi, which the neoconservatives in Washington tirelessly promoted in the early 2000s to provide grounds for going to war in Iraq.

Sadly, it is now clear that our worries were warranted: the MEK’s greatest friends and allies in Washington—its paid advocates, in fact—now have the ear of a president who already tore up the multilateral nuclear agreement with Iran.

On May 5, just two weeks after he joined Trump’s legal team, Giuliani told an audience at a D.C. convention organized by an MEK front group that Trump was “committed to regime change.” The war party in Washington has its Iranian version of Chalabi’s Iraqi National Congress.

Trita Parsi is the author of Losing an Enemy – Obama, Iran and the Triumph of Diplomacy and President of the National Iranian American Council.