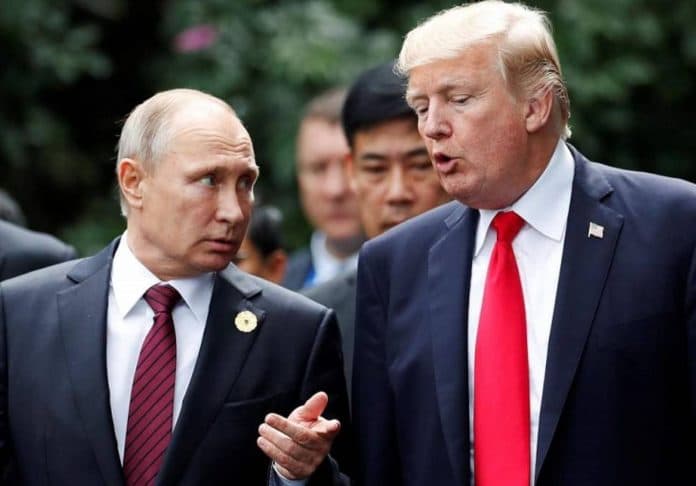 The 2018 Helsinki summit has left Americans puzzled, some terrified, others feign outrage but few have stood back and taken a breath. Always stand back, always take a breath, always keep the mouth shut and the hand off the keyboard.

A quick review of the facts, such as they are, such as we can assume them to be, is a place to begin. Donald Trump, despite his denials and obfuscation, really did side with Russia against America’s intelligence agencies.

Let’s take a breath, on one hand you have the CIA, NSA and 14 other agencies, all heavily politicized, all with long histories of abuses, of lying, of even drug trafficking, rigging elections, assassinations – this is the “one hand.”

On the other, you have Russian President Vladimir Putin saying, “I didn’t do it.”

Then you have Special Prosecutor Robert Mueller telling us he has evidence of Russian wrongdoing – evidence he got from the CIA, NSA and 14 other agencies.

Then again, I forgot to mention that these agencies generally get their intelligence from Israel, about half of it – a nation that is seldom an unbiased or disinterested party – or from open source intelligence.

They see it on TV.

Then again, they have been accused, from time to time, of making it all up.

Add to this Donald Trump, a man who would lie about what day it was; he doesn’t seem to be able to help himself – the mouth opens and out they come – an endless stream of them, many of them bizarre and quite unnecessary. It is as though he is testing us.

There is a simple answer here. Based on reason, Trump may well have been quite correct in his assessment that Putin wasn’t lying. Putin was right there; Trump only told the audience what he was told. Trump wasn’t making that part up.

As you can note, we are now testing one or more hypotheses, hoping we might end up with something resembling truth, a lonely effort in the best of cases.

We can assume Robert Mueller was telling the truth also. He said, through indictments of Russian intelligence personnel, that he had “evidence” received from “intelligence sources” and “witnesses,” some of whom are already convicted criminals, that support his hypothesis. Mueller says his evidence proves “the Russians did it.”

This doesn’t mean Putin lied. It doesn’t even mean Trump lied, though in his recent denials, he has begun lying, and quite embarrassingly; nothing new there.

Here is what it hinges down to – the American judicial system, an adversarial system that can be manipulated and in many cases, as Trump has claimed over and over, can be used to target innocent victims.

Then again, we aren’t saying Trump is an innocent victim, only that Putin didn’t lie.

The answer to this is yes; but the answer is also mitigated, in that the likelihood of “yes” being correct is poor. Putin should have known. He says he didn’t and, thus, based on his character, or at least his history of blatant fearlessness, he is unlikely to lie over something where he has little or nothing to lose nor does lying serve the interests of the Russian people and their welfare.

Then we look at the real weak link, the sources of the evidence, witness statements from admitted criminals and reports from intelligence agencies.

Past this, we look at who has something to gain in destroying American institutions, discrediting President Trump even more than usual, and worsening relations between the US and Russia.

We then step back again and assess which nations have the power to fake evidence or corrupt the output of American intelligence reports even more than they are usually faked or corrupted.

Each have powerful lobbies in Washington, each could potentially gain through weakening both Russia and the United States, and each has a long history of using black propaganda and even false flag terrorism to achieve gains.

We then take an anecdotal look at a couple of minor aspects of the Mueller inquiry. We begin with internet manipulation of fake news stories attacking Hillary Clinton.

It is one thing putting out a fake story; it is quite another featuring it on Facebook with extremely strong preferences and making sure any and every Google search, for cabbage recipes or vacation spots, gives results that attack the Clinton campaign.

Assuming that “Zuckerberg” of Facebook would work with Israeli intelligence, simply because of his name might well be considered anti-Semitism. However, when examining how Zuckerberg dealt with Cambridge Analytica during an election year and his relationship with Israeli spy contractor, Black Cube, Israel comes to the top of the list.

Cohen has been active in operations against Russian interests in Crimea, he has run operations inside Iran and has a number of organizations under his command in Turkey aimed at ousting President Assad of Syria.

After all, Cohen’s job is “regime change” and Russia, Iran and Syria are long targets of the “Russia bashers” in Washington, many of whom, if not most, are also powerful members of the Israel lobby as well.

We will let Saudi Arabia off the hook this time.

Time to step back again. Note that even if Russia were guilty, but guilty of what? Spying is not illegal. There is no international convention against spying.

America’s troops in Syria are illegal. Drone killings are illegal. Recognizing Jerusalem as the capitol of Israel is illegal. Russia rigging an American election is not a violation of international law.

It’s not nice, but then again, American sanctions against Russia aren’t nice either. America’s rightist coup against Ukraine wasn’t so nice. America’s invasion of Iraq and Afghanistan, and a few other countries, wasn’t so nice.

America’s efforts to flood Russia with heroin from Afghanistan isn’t nice either, but we don’t have to get into that right now.

What we are saying, and a case we are making, there was no reason for Putin to lie. However, there is reason for a nation, let’s take Israel for instance, to fake Russia as a “bad guy,” putting an American president in office who, as Trump has proven, does what Israel tells him to do 100% of the time.

Does Israel have the muscle, the capability or, using the legal term, the “means” to fake evidence?

Should the Russian people take solace in the fact that America is poorly governed? America has hurt Russia, over and over, though few Americans realize it.

Peace could and should have broken out decades ago, except America has been ruled by Russia-haters for a hundred years – Russia-haters that are alive and well and in control in Washington, even now.

I am not saying Putin is perfect or above sin. I am only saying he would not have bothered lying about anything this stupid or minor; it isn’t worth it. He has nothing to gain. Putin is not stupid, though he may well be poorly informed. Is he so poorly informed that his own intelligence agencies might well have acted with blatant stupidity against the United States and gotten caught?

The Russia of the Cold War, the old Soviet Union, would never have been so stupid.

Then again, how much has Russia gained from Trump?

As the ire of the first 48 hours after Helsinki dies down, and some real rage among a population of Americans – no one knows how big – burns on, we ask why? 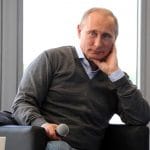 To many Americans, perhaps a majority that ebbs and flows according to fake pollsters, Russia foisted a dangerous clown into the Oval Office as a sick joke – perhaps a punishment for some crime Americans would never admit to anyway.

“Why have you done this to us?”

Gordon Duff is a Marine combat veteran of the Vietnam War that has worked on veterans and POW issues for decades and consulted with governments challenged by security issues. He’s a senior editor and chairman of the board of  Veterans Today, especially for the online magazine “New Eastern Outlook.”
https://journal-neo.org/2018/07/21/russiagate-the-comedy-of-errors/ 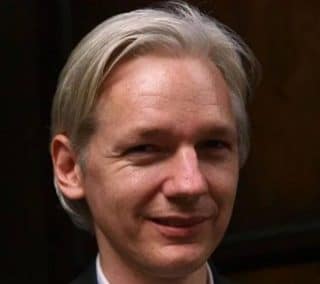