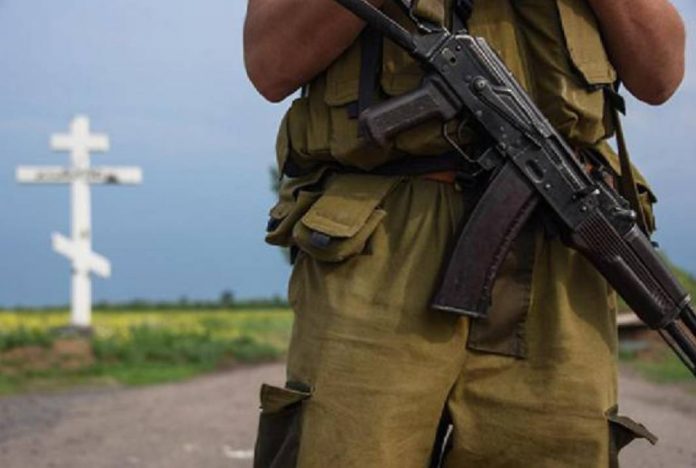 During the recent Helsinki summit, Russian President Vladimir Putin offered to hold a referendum in the Donbass. Trump asked not to voice this idea at the press conference after the summit so that he had some time to think about it.

Nevertheless, it was reported that Putin suggested holding a referendum on the status of Donbass. Putin’s official spokesman Dmitry Peskov refused to comment on the information. He only said that Putin and Trump discussed some “new ideas” during their meeting that the sides would have to “work through.”

“They discussed this question. There were certain suggestions made on how to handle this issue,” Russian Ambassador to Washington Anatoly Antonov said.

Putin offered Trump to think about such a possibility before publicly announcing it, Bloomberg reports.

Putin’s suggestion about the referendum concerns the status of the self-proclaimed People’s Republics of Donetsk and Luhansk. According to the Russian president, residents of the two republics could express their own view on this issue, whereas the vote should be organized under the aegis of the international community, the agency said.

“We talked about Ukraine, there are some new ideas on how to resolve the crisis in the southeast of the country, and we agreed to work it out on an expert level first,” Vladimir Putin said.

During the joint press conference with Donald Trump after the summit, Putin mentioned the referendum, albeit in the Crimea in 2014. Putin said that the Crimea referendum was conducted in strict compliance with the UN Charter and the international law.

“I have to say that I was surprised about the way how Putin formulated the suggestion to Donald Trump. First of all, the referendum had already been conducted. On May 11, 2014, residents of Donetsk and Luhansk regions voted “yes” to establishing people’s republics. Secondly, it’s not clear what status exactly he was talking about for those territories and what question people would have to answer at the referendum, if it takes place, of course,” Konstantin Dolgov, Director of the Center for Eurasian Integration told Pravda.Ru.

“Apparently, the accession of the region to Russia is out of the question, at least for now. Therefore, one shall assume that they want people to decide again whether they want to go back to Ukraine or stay independent. If they want to hold the referendum under the auspices of the international community, it means that peacemakers will have to be deployed. Kiev will say no to that if Russia sends its peacemakers in. If they are not Russian peacemakers, then Moscow and the two republics will say no to that,” the expert told Pravda.Ru.

“In a nutshell, it turns out that Putin offered Donald Trump to force Ukraine to implement the Minsk agreements, but the suggestion itself was packed as a referendum. “The West traditionally attaches great importance to human rights, so one can understand Putin here,” Konstantin Dolgov said.

“As for Donbass residents, they will be happy about any type of certainty as they have not seen any of it for five years already. Still, I believe that the return to Ukraine on previous terms looks unrealistic,” he added.

Indeed, the breakaway republics of the Donbass held their referendum in 2014, soon after the Crimean one. However, Moscow turned a blind eye on it for reasons that still prevail even today. What is the Donbass? Who will hold the referendum? Are the authorities of Donetsk and Luhansk republics going to participate in the vote even though they are unrecognized? Who is going to take part in the vote? Will it be arranged only for Donbass residents holding their exclusive passports? What about Ukrainian residents registered in the two regions?

In general, if such a referendum takes place, it would mean that Kiev admits the existence of a highly serious internal problem. Even if they agree, there is another question about the number of voters, i.e. internally displaced people. Russia says that there are about 300,000 of such people, whereas Ukraine says there are two million of them. This is a decisive question for the outcome of the vote.

To crown it all, holding an internationally recognized referendum in the Donbass will raise many questions about the 2014 Crimea referendum, because the procedures of the Crimean vote would contradict to those of the Donbass vote. The pressure on Russia will thus grow considerably. All in all, the Donbass referendum is highly unlikely.

Putin does not exclude war with Ukraine in Donbass

Russian President Putin said that the problem of the military conflict in the east of Ukraine still exists. The crisis in the Donbass may aggravate further, Pain said at the meeting with Russian ambassadors and permanent representatives in foreign countries. The conflict in the southeast of Ukraine still continues because the Ukrainian government refuses to abode by its obligations, rejects a peaceful resolution of the conflict, and disregards its own people, the president said. According to Putin, Kiev disregards all agreements, shows absolute reluctance to negotiate and plans to solve all problems by force.

Moscow continues to stick to its position as far as the crisis in the Donbass is concerned: the foundation for the settlement of the conflict in the east of Ukraine is the Minsk Accords that must be implemented.

The armed conflict in Ukraine began in April 2014 in the territory of the self-proclaimed People’s Republics of Donetsk and Luhansk. The conflict continues to this day.