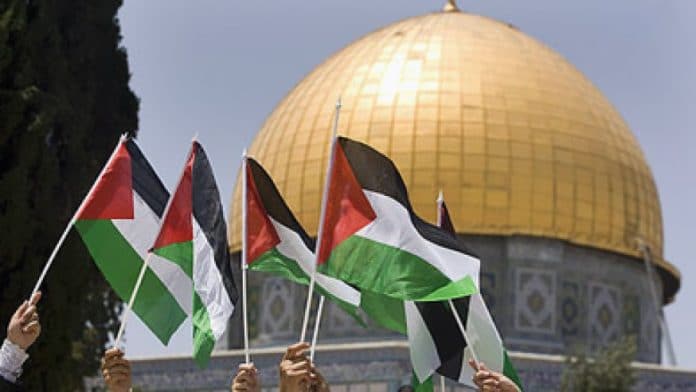 [ Editor’s Note: Uri fills his roll as one of the most virulent critics of the current Israeli political machine, the Likuds, which is why we publish him. He knows intimately what he is talking about.

Yes he is a Zionist, but he is not a Likudist. He has always wanted the Palestinians to have their own state, living in peace beside Israel; and he started his publication and became a Knesset MP on that platform.

I think he is 94 now; and he is still blasting away at the pro war Zionists, who would prefer to drive all the Palestinians out to other Arab countries, or consider an internal slave-labor arrangement for them.

But he uses the “stupid” word to describe the current policy because he knows that will get under the skin of the Bibi crowd, Jewish supremacists from head to toe. The article below is a typical example of what US corporate media has decreed a blackout for Uri, like it does for VT.

It knows that wide distribution would garner more support for our positions, so they simply put us in a box with the lid on. Google, Fakebook and YouTube, who seem to have no problem with Jewish supremacism being a problem for their community standards policy, also put Uri and VT in the time-out box.

We can’t stop them from doing that, but they also cannot stop us from doing what we are doing.

If they really thought our positions were bogus, they would debate us publicly, but none of them will dare do that. They know what would happen. I learned this early on during my public TV work in Atlanta, when I challenged the poverty pimps in the Civil Rights community here.

They were pitching a black-white situation, as if we were in the 1930s, as if the country had not spent $50 billion on school busing – and the list goes on and on.

They completely banned any mention of the tremendous progress the US had made in race relations, other than the black-on-white violent crime and rape epidemic which is so ghastly that mass media will never publish the statistics. None of the Atlanta Civil Rights “has beens” ever accepted my challenge to a one-hour Jim Dean Journal debate, where they only got half the time (equal), and there would be no editing … Jim W. Dean ]

One can look at events in Gaza through the left or through the right eye. One can condemn them as inhuman, cruel and mistaken, or justify them as necessary and unavoidable. But there is one adjective that is beyond question: They are stupid. 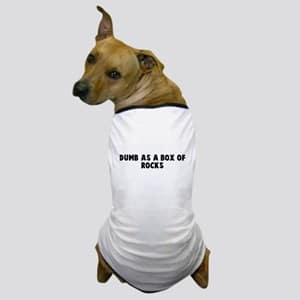 If the late Barbara Tuchman were still alive, she might be tempted to add another chapter to her groundbreaking opus “The March of Folly”: a chapter titled “Eyeless in Gaza”.

The latest episode in this epic started a few months ago, when independent activists in the Gaza Strip called for a march to the Israeli border, which Hamas supported.

It was called “The Great March of Return”, a symbolic gesture for the more than a million Arab residents who fled or were evicted from their homes in the land that became the State of Israel.

The Israeli authorities pretended to take this seriously. A frightening picture was painted for the Israeli public: 1.8 million Arabs, men, women and children, would throw themselves on the border fence, break through in many places, and storm Israel’s cities and villages. Terrifying.

Israeli sharpshooters were posted along the border and ordered to shoot anyone who looked like a “ringleader”. On several succeeding Fridays (the weekly Muslim holy day) more than 150 unarmed protesters, including many children, were shot dead, and many hundreds more severely wounded by gunfire, apart from those hurt by tear gas.

The Israeli argument was that the victims were shot while trying to “storm the fences”. Actually, not a single such attempt was photographed, though hundreds of photographers were posted on both sides of the fence.

Facing a world-wide protest, the army changed its orders and now only rarely kills unarmed protesters. The Palestinians also changed their tactics: the main effort now is to fly children’s kites with burning tails and set Israeli fields near the Strip on fire.

Since the wind almost always blows from the West to the East, that is an easy way to hurt Israel. Children can do it, and do.

Now the Minister of Education demands that the air force bomb the children. The Chief of Staff refuses, arguing that this is “against the values of the Israeli army”.

At present, half of our newspapers and TV newscasts are concerned with Gaza. Everybody seems to agree that sooner or later a full-fledged war will break out there. The main feature of this exercise is its utter stupidity.

Every military action must have a political aim. As the German military thinker, Carl von Clausewitz, famously said: “War is but a continuation of politics by other means.”

The Gaza Strip is 41 km long and 6 to 12 km wide. It is one of the most overcrowded places on earth. Nominally it belongs to the largely theoretical State of Palestine, like the West Bank, which is Israeli occupied. The Strip is in fact governed by the radical Muslim Hamas party.

In the past, masses of Palestinian workers from Gaza streamed into Israel every day. But since Hamas assumed power in the Strip, the Israeli government has imposed an almost total blockade on land and sea. The Egyptian dictatorship, a close ally of Israel and a deadly enemy of radical Islam, cooperates with Israel.

So what does Israel want? The preferred solution is to sink the entire strip and its population into the sea. Failing that, what can be done?

The last thing Israel wants is to annex the Strip with its huge population, which cannot be driven out. Also, Israel does not want to put up settlements in the Strip (the few which were set up were withdrawn by Ariel Sharon, who thought that it was not worthwhile to keep and defend them).

The real policy is to make life in Gaza so miserable, that the Gazans themselves will rise and throw the Hamas authorities out. With this in mind, the water supply is reduced to two hours a day, electricity the same. Employment hovers around 50%, wages beneath the minimum. It is a picture of total misery.

Since everything that reaches Gaza must come through Israel (or Egypt), supplies are often cut off completely for days as “punishment”.

Alas, history shows that such methods seldom succeed. They only deepen the enmity. So what can be done? The answer is incredibly simple: sit down, talk and come to an agreement. Yes, but how can you sit down with a mortal enemy, whose official ideology totally rejects a Jewish State?

Islam, which (like every religion) has an answer to everything, recognizes something called a “Hudna”, which is a lasting armistice. This can go on for many decades and is (religiously) kept.

For several years now, Hamas has been almost openly hinting that it is ready for a long Hudna. Egypt has volunteered to mediate. Our government has totally ignored the offer. A Hudna with the enemy? Out of the question! God forbid! Would be terribly unpopular politically!

But it would be the sensible thing to do. Stop all hostile acts from both sides, say for 50 years. Abolish the blockade. Build a real harbor in Gaza city. Allow free trade under some kind of military inspection. Same for an airport. Allow workers to find employment in Israel, instead of importing workers from China and Romania.

Turn Gaza into a second Singapore. Allow free travel between Gaza and the West Bank by a bridge or an extraterritorial highway. Help to restore unity between the Gaza Strip and the West Bank.

Why not? The very idea is rejected by an ordinary Israeli on sight.

A deal with Hamas? Impossible!!! Hamas wants to destroy Israel. Everybody knows that. I hear this many times, and always wonder about the stupidity of people who repeat this.

How does a group of a few hundred thousand “destroy” one of the worlds most heavily armed states, a state that possesses nuclear bombs and submarines to deliver them? How? With kites?

Both Donald Trump and Vladimir Putin pay us homage, the world’s fascist dictators and liberal presidents come to visit. How can Hamas pose a mortal danger?

Why doesn’t Hamas stop hostilities by itself? Hamas has competitors, which are even more radical. It does not dare to show any sign of weakness.

Some decades ago the Arab world, on the initiative of Saudi Arabia, offered Israel peace under several conditions, all of them acceptable. Successive Israel governments have not only not accepted it, they have ignored it altogether.

There was some logic in this. The Israeli government wants to annex the West Bank. It wants to get the Arab population out, and replace them with Jewish settlers. It conducts this policy slowly, cautiously, but consistently.

It is a cruel policy, a detestable policy, yet it has some logic in it. If you really want to achieve this abominable aim, the methods may be adequate. But this does not apply to the Gaza Strip, which no one wants to annex. There, the methods are sheer folly.

This does not mean that the overall Israeli policy towards the Palestinians is any more wise. It is not. Binyamin Netanyahu and his hand-picked stupid ministers have no policy. Or so it seems. In fact they do have an undeclared one: creeping annexation of the West Bank.

This is now going on at a quicker pace than before. The daily news gives the impression that the entire government machine is now concentrating on this project.

This will lead directly to an apartheid-style state, where a large Jewish minority will dominate an Arab majority. For how long? One generation? Two? Three?

It has been said that a clever person is able to extricate himself from a trap into which a wise person would not have fallen in the first place. Stupid people do not extricate themselves. They are not even aware of the trap.