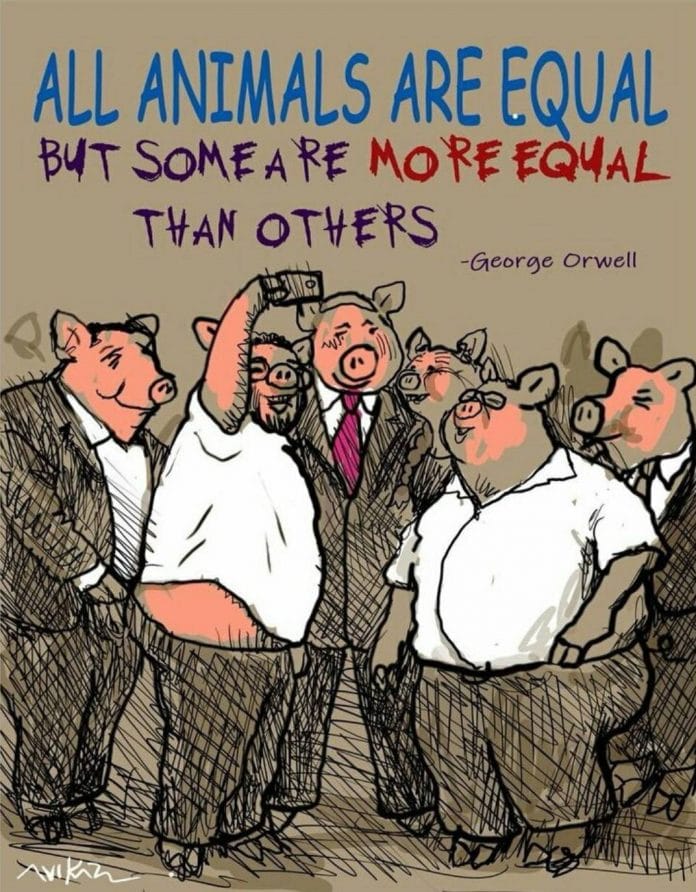 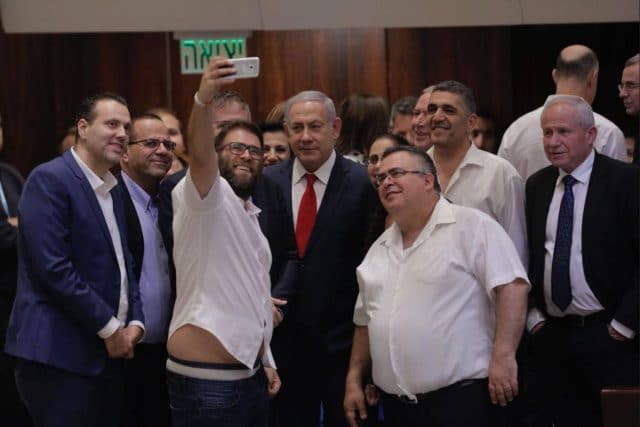 An Israeli cartoonist for the Jerusalem Post was fired Tuesday by the news agency over his cartoon portraying Israeli Prime Minister Benjamin Netanyahu and other Likud lawmakers as pigs from George Orwell’s “Animal Farm.”

Cartoonist Avi Katz, who worked for the Jerusalem Post for nearly three decades, recently drew a cartoon of Netanyahu and members of his Likud party taking a selfie after the Israeli Parliament passed a constitutional law last Thursday declaring Israel a “nation-state of the Jewish people” and stipulating that Jews have the right to self-determination in the country without mentioning other groups.

​”This is a defining moment in the history of Zionism and the state of Israel… Israel is a Jewish nation-state,” Prime Minister Benjamin Netanyahu announced after the passage of the law, Sputnik reported at the time.

The cartoon, which was published Tuesday in the Jerusalem Report, a biweekly magazine published by the Jerusalem Post, was met with indignation by some and praise by others. It portrays Netanyahu and his party members with the heads of pigs and includes the quote, “All animals are equal, but some are more equal than others,” a direct quote from Orwell’s “Animal Farm.” The book, about how animals on a farm revolt against their human owners, is an allegory that reflects the Russian Revolution of 1917 and the subsequent Stalinist era of the Soviet Union.

Following criticism of the cartoon by readers, the Jerusalem Post announced that it would no longer collaborate with Katz.

“Avi Katz is a cartoonist who worked as a freelancer at the Jerusalem Post, and in accordance with editorial considerations, it was decided not to continue the relationship with him,” the Jerusalem Post said in a recent Hebrew-language statement, the Times of Israel reported Wednesday.

In a Wednesday statement to Sputnik, award-winning American cartoonist Ted Rall called the firing of Katz “despicable” but noted that “it’s far from usual.”

“He was doing his job: lampooning the rich, powerful, the oppressors. The Jerusalem Post made a disgusting concession to the forces of censorship and reaction by agreeing, as no doubt happened as the result of complaints from the far right and perhaps officials in the government, to let him go,” Rall told Sputnik.

“Although it’s tempting to say that this sort of controversy proves the power of cartooning, what good is a cartoon if it can’t be distributed to a wide audience like that of the Jerusalem Post? Editors claim that they want good work in their newspapers. That’s a lie. They want tame work. If they wanted good work, they would hire hard-hitting cartoonists. And they certainly wouldn’t fire cartoonists who produce stuff that kicks politician butt,” Rall added.

“From the firing of Rob Rogers by a Pittsburgh Post-Gazette that has moved right to support [US President] Donald Trump to my dismissal by the LA Times as a favor to the Los Angeles Police Department — a firing that they continue to defend despite the fact that they have been proven wrong and have been taken over by ‘new’ leadership — cartoonists are becoming an endangered species,” Rall continued.

Netanyahu: Israel Has No Problem With Assad, Won’t Attack Syria if Existing Agreements are Upheld

Rogers, the former editorial cartoonist of the Pittsburgh Post-Gazette, was fired earlier this month for drawings critical of Trump.

In 2015, the LA Times said it would no longer publish Rall’s work after he published a blog post criticizing a Los Angeles police officer for wrongfully ticketing him for jaywalking in 2001. At the time, the LA Times questioned the accuracy of Rall’s post.

Following Katz’s firing, Israel’s Animix Festival, which organizes an annual festival showcasing animation, comics and caricature, set up a fundraiser for him, stating that “no one will silence art and satire in the State of Israel.” So far, more than $10,610 has been raised by almost 400 people.