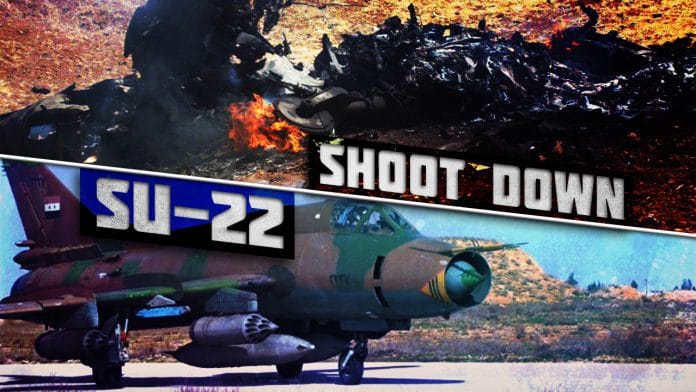 On July 24, the Syrian military faced the expected Israeli military actions resulting from Tel Aviv’s displeasure with the fact that its long-time supported militant-held buffer zone east of the Israeli-occupied Golan Heights is crumbling.

The Israeli Defense Forces (IDF) employed two Patirot air defense missiles to shoot down a Syrian Su-22 warplane involved in the Syrian Arab Army (SAA) operation against ISIS in the area. One pilot, Colonel Umran Mare, died in the incident.

Israel claimed that the warplane entered about 1 mile into its airspace, meaning the occupied Golans, and was shot down after a few warnings. The Syrian side said that this once again shows Israeli support for terrorist groups operating in Syria.

Despite this incident, the Syrian Arab Army (SAA) and its allies continued their advance against ISIS capturing over 10 new localities, including Khirbat Khasfayn, Ayn Zabida and Bakkar. On July 25, the advance continued in the direction of Saydah and Aun Thakar.

Meanwhile, Syrian and Russian forces are working to secure the areas liberated from militants across the country.

On July 24, Russian Defense Minister Sergei Shoigu said that units of the International Mine Action Centre of the Russian Armed Forces have demined more than 6500 hectares including 17,000 buildings and neutralized 105,000 explosive devices. Shoigu added that Russian experts had trained 1245 Syrian sappers that have cleared 2,000 hectares and neutralized 3,850 explosive devices.

The Syrian Democratic Forces (SDF), backed up by the US-led coalition, have captured the Sijan oil fields and many nearby points in the northeastern part of Syria from ISIS. According to pro-Kurdish sources, the US-backed group has fully cleared southern al-Hasakah from ISIS and entered northern Deir Ezzor advancing along the border with Iraq.

In the coming weeks, the SDF will likely continue its advance along the border aiming to capture the oil fields area north of the government-held town of al-Bukamal. ISIS has little chance of stopping the US-backed SDF advance there. According to experts, by the end of August, the town of Hajin and nearby points in the Euphrates Valley may become the only points of real ISIS resistance, on the eastern bank of the Euphrates.