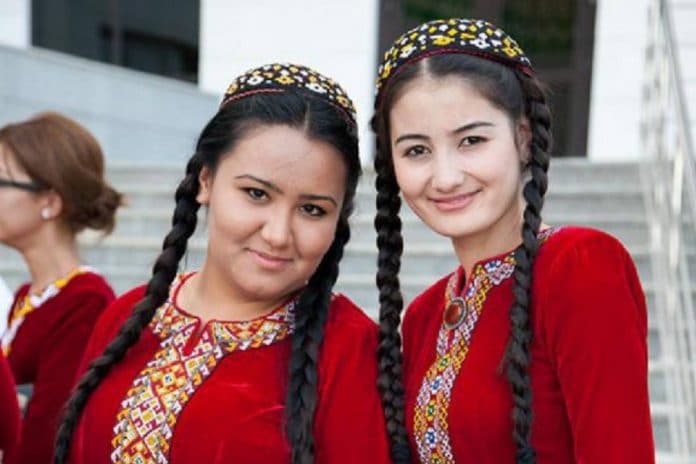 Turkmenistan, a former Soviet republic, lives behind the iron curtain built by its President Gurbanguly Berdimuhamedov. Western media say that Turkmenistan is experiencing its worst economic crisis since gaining independence. This country is rich in natural gas and exports “white gold” – cotton. What is the real state of affairs in the secluded country that hardly receives any media attention?

Authoritative Western publications, such as The Economist and Deutsche Welle, have recently published critical articles on the economy of Turkmenistan. The authorities of Turkmenistan, the publications said, put obstacles for citizens under 40 years of age who want to leave abroad.  Maximilien Lambertson wrote for The Economist that being the country having world’s fourth largest natural gas reserves, Turkmenistan is supposed to be a prosperous country, but this is not happening. The author believes that this is due to Turkmenistan’s refusal to sell its gas to Russia and Iran. Plus, Turkmenistan remains a hostage to China that sharply lowered the purchasing price.

Prior to disagreements with Moscow, natural gas sales would bring Turkmenistan an average export revenue of 16.5-17 billion dollars a year. In 2017, the country received only 8.5 billion dollars.

According to Lambertson, there is no centralized regulation in the Turkmen economy. The country has two exchange currency rates, which calls for strict currency control, including for common cash withdrawals and wire transfers abroad. At the same time, the Bank for International Settlements said that Turkmenistan was saving 23 billion dollars on accounts in German banks. The lack of currency leads to the shortage of imported goods, unemployment has reached 50-60 percent, and corruption is flourishing.

Deutsche Welle paid attention to the shortage of bread in Turkmenistan. According to the publication, a person willing to buy some bread needs to show a document proving that he or she has no household indebtedness. The United States banned imports of cotton and cotton products  from Turkmenistan on the basis of the 2016 law prohibiting imports of goods manufactured with the use of slave labor. Of course, these sanctions affect the investment climate in the country.

One could traditionally question the information that comes from Western sources, but neighbors in the region write similar things. Thus, according to Kursiv (Kazakhstan), Turkmenistan may often deny visas to nationals of Kazakhstan without explanation. An anonymous resident of Ashgabat, the capital of Turkmenistan, told the publication that life in Turkmenistan deteriorated significantly in the last two years. The country is experiencing difficulties with food supplies, the person said. “You will not believe it, but one is allowed to have only half a loaf of bread a day,” the person told the website.

Another media outlet – state television station Yoshlar TV of Uzbekistan – reported about the shortage of bread in Dashoguz and Marysky provinces of Turkmenistan. When bread appears in grocery stores, people line up for it. “The Turkmen people are experiencing serious economic difficulties,” the report says.

It is worthy of note that the shortage of freely convertible currency forces Belarusian and Turkish companies leave Turkmenistan without receiving money for the construction of joint industrial facilities.

The head of the Central Asia Department of the Institute of the CIS countries, Andrei Grozin, told Pravda.Ru, that the state of affairs in Turkmenistan has worsened noticeably during the last six months, especially when it comes to supplies of food and consumer goods for the population. The US dollar rate on the black market is five times higher than the official one.

Turkmenistan has been suffering from these problems due to the loss of revenues from gas exports to Russia and Iran. The profit that the country receives from selling its gas to China is used to pay off multi-billion loans that Turkmenistan had earlier taken to implement dubious projects, such as the organization of prestigious competitions and building palaces.

“Turkmenistan today is a closed country that lives behind an iron information curtain. On the Internet, however, one can find videos of people pushing and shoving for bad quality flour. One can also watch videos of Turkmen President Berdymukhamedov dancing to rap songs, riding a yacht at a prestigious resort and throws knives with his grandson. This causes protests among common people, who write their queue numbers on their hands. Naturally, people start protesting,” the expert told Pravda.Ru.

It seems that Turkmenistan can solve its economic problems in two parallel ways. The authorities may devaluate the national currency to align it with the dollar exchange rate on the “black market” while running the “belt tightening” policy in terms of budgetary spending. Turkmenistan should also try to improve its ties with Russia. All post-Soviet republics that have turned their backs on Russia suffer from serious economic crises. It is worth noting that the construction of the gas pipeline to Europe from Turkmenistan along the bottom of the Caspian Sea depends on Moscow too.

Ahmed Durani, a journalist from Afghanistan, told Kursiv publication that the number of Turkmen citizens willing to join the ranks of terrorist organizations on the poorly protected Afghan-Turkmen border was growing. Islamist sentiments may destabilize and shatter Turkmenistan, as it was during the Arab Spring in the Middle East, and Berdymukhamedov will become another Yanukovych.