by Kadir A. Mohmand

Once again during Afghanistan’s so-called election year, which really is the U.S. selection of an Afghan Administration, the United States has started its game playing. It has sentMs. Alice Wells, Principal Deputy Assistant Secretary for South and Central Asian Affairs, U.S. State Department consultant/CIA agent, Robin Lynn Raphel, and Professor Paolo Catta Ramusino, Pugwash organization (CIA Front) to Afghanistan, Pakistan, Qatar and Saudia Arabia to pressure the Afghan Freedom Fighters into a ceasefire because of the planned Afghan “elections” this fall. The United States used the same tactic in 2014 during that election year. 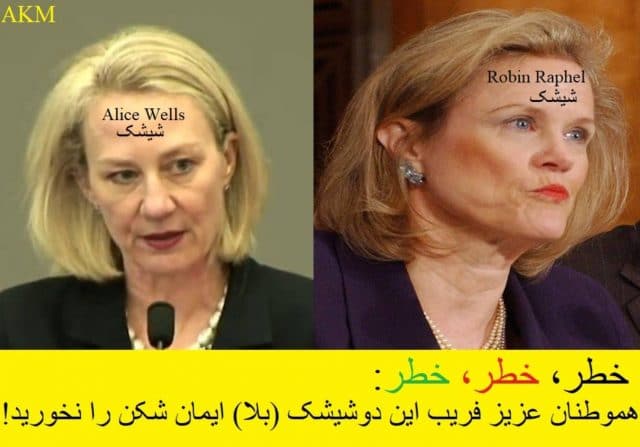 This tactic is not going to lead to peace especially since the United States has allowed communist war criminal, Rashid Dostum, CIA thug and U.S. puppet, who is First Vice President of Afghanistan, to come out of exile from Turkey and be part of the Afghan Administration again. These tactics are just the same U.S. tactic of dividing the Afghan people because the CIA knows that a majority of the Afghans hate Dostum and want him prosecuted for war crimes. The U.S. keeps him on the payroll as their thug to keep the division happening.

It is shameful that U.S. officials especially female officials like Ms. Wells will meet with this socio-pathic war criminal, who committed well-documented atrocities against Afghans and brutalized, raped and killed thousands of Afghan women. Ms. Wells and other U.S. officials should be advocating for his prosecution in lawful tribunals instead of having him on the U.S. payroll and part of the Afghanistan administration. 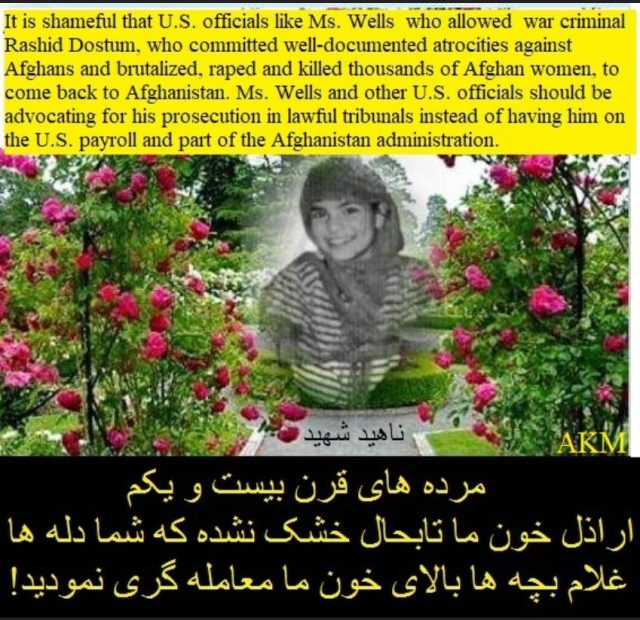 The Wall Street Journal reported that Special Representative Alice Wells went to Qatar to initiate talks for an Afghan-led peace. It is just more of the same propaganda. The United States has the same goals and same strategies these past seventeen years which are: “select” and control Afghanistan’s government, divide and conquer the Afghan people especially the Pashtun majority, control and exploit Afghanistan’s natural resources especially Rare Earth Elements (REEs), and maintain a permanent military presence on its outer defense perimeter in Afghanistan, the Heart of Central Asia. The goal is not peace as evidenced by U.S. tactics and actions. Under Special Representative Alice Wells this new peace strategy is just a farce. 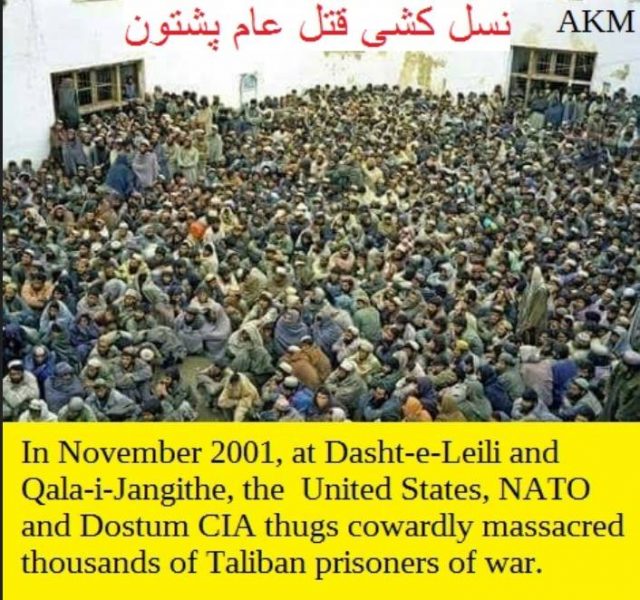 Rashid Dostum is a documented war criminal. He was the subject of articles in the Time magazine and Newsweek. As reported in the Time on November 19, 2001, and in Newsweek, on November 5, 2001, Dostum and his group raped many Afghan women and children, “Dostum’s marauders chopped off breasts and tied the toes of women behind their heads..” Instead of prosecuting this criminal, my U.S. government ignores his war crimes, supports and keeps him on the payroll. The United States government needs to follow the rule of law and international law. Instead it is covering up these war crimes and helping him commit new war crimes against the Afghan/Pashtun like recently in Faryab Province.

In addition, the Afghan majority has not forgotten about the war crimes committed by Dostum against the Pashtun in November 2001 at Dasht-e-Leili even though the United Nations and the United States has. When the UN asked the Afghans to surrender the Afghans did, and Dostum cowardly massacred them while he was partnering with the United States. 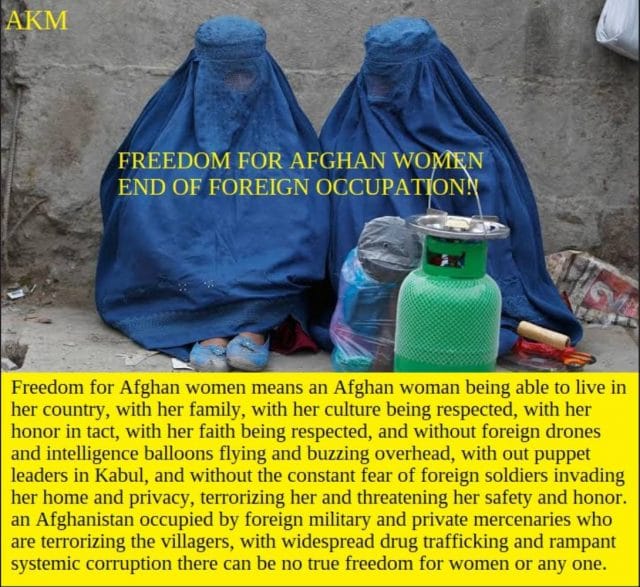 It is shameful that the United States, NATO, the United Nations and the CIA “selected”, Afghan Ghani administration have not arrested the U.S. puppet, First Vice President of Afghanistan, communist war criminal/war lord, Abdul Rashid Dostum. It has been reported that on Friday November 5, 2016 at a traditional sporting event, Buzkashi, in the northern part of Afghanistan, Dostum beat, tortured, kidnapped and sexually abused his political rival, the 63 year old, Engineer Ahmad Ishchi, who is the former governor of Jowzjan Province.

How many other officials and rivals in the puppet Afghan administrations and from other governments and countries has he intimidated, tortured, assaulted and abused? How many civilians? How many Afghan/Pashtun has he raped, tortured and/or killed in his ethnic cleansing campaign since he partnered with the West? 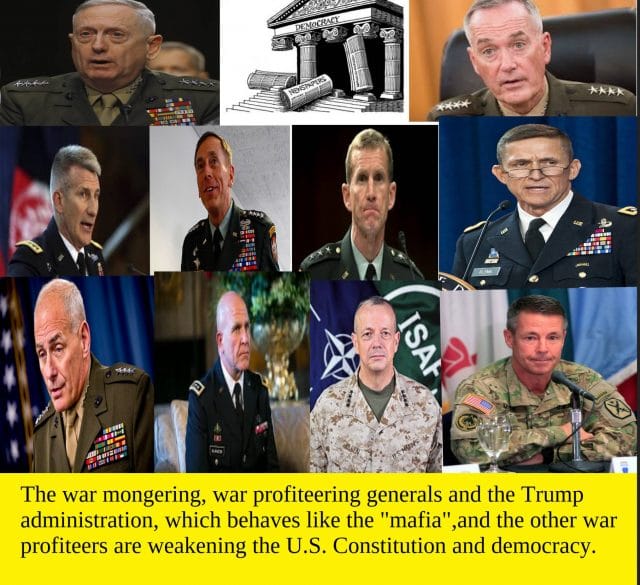 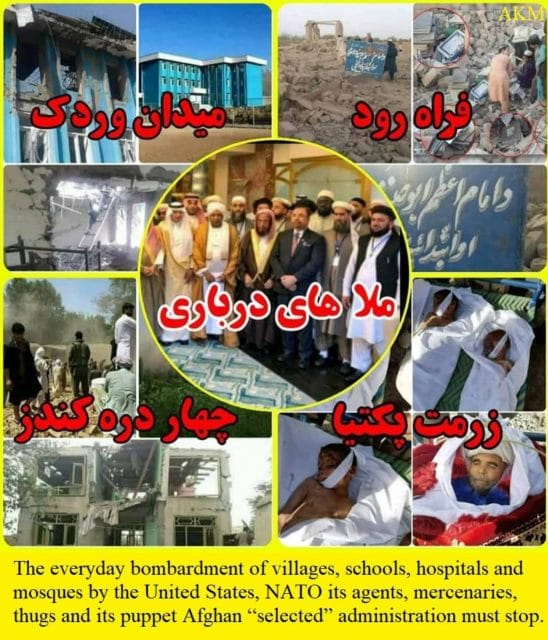 As history has shown, Afghanistan is the graveyard of empires. I believe that may happen to the United States if Americans do not wake up. With President Trump, who appears to be the Russia’s selected puppet, the war will escalate. There is no winning for the U.S., which is exactly what Putin wants. The Trump Administration is not letting the American people know what really is happening in the war which is evidenced in the Pentagon’s refusal to release the Afghanistan’s war data, which has always been done in the past.

As a democracy, the people have a right to know. In his State of the Union address, Trump did not talk too much about Afghanistan and Russia because he has everything to hide about these two issues. Our democracy is of the people, by the people and for the people. Trump thinks it is all about him.

I hate war and want true peace in Afghanistan. The United States needs to change its strategy if it is truly inclined towards peace. It has to understand the perspective and beliefs of the Afghan Muslim villagers, who are the Freedom Fighters, defending their lives, freedom land and Rare Earth Elements (REEs). The Afghan Freedom Fighters are fighting because of the war crimes committed by the occupiers. The genocide, massacring, torturing, raping, slaughtering of several hundred thousand innocent Afghan villagers are war crimes and human rights violations. As history has shown, the Afghan villagers are guided by their Islamic faith and cherish their freedom.

The The Afghan villagers, the majority, want the United States and other foreign troops to withdraw from their country and quit interfering with the sovereignty of their country.

Afghanistan is not for rent or sale. The everyday bombardment of villages, schools, hospitals and mosques by the United States, NATO its agents, mercenaries, thugs and its puppet Afghan “selected” administration must stop. The Afghan people have suffered for four decades. It is time to leave. It is time to prosecute the war criminals from 1979 to the present. Without justice there can be no peace.