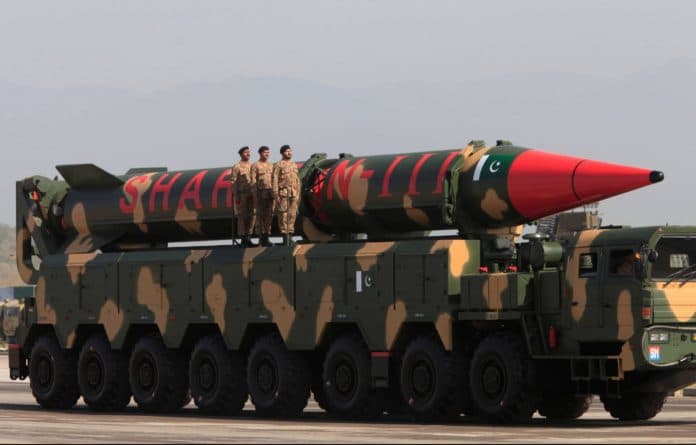 Pakistan has had US-backed corrupt dictatorships for much of its history with the army stepping in, from time to time, sometimes on behalf of democracy.  America never tired to sticking Pakistan in the behind, using it as a surrogate while kowtowing to India, to keep Pakistan in line.

Moreover, the US has worked directly with Israel and India, who run training camps for the Taliban inside Afghanistan and send unpleasantness into Pakistan killing thousands each year.

Why does the US do it?  I had a chance to talk this over with Imran Khan on a couple of occasions.  He is rational and sane as are very few in politics.  His shortfall has been his lack of corruption.  America hates that.

The piece below is done by Bruce Riedel, a hired gun from the Brooking Institute, tasked with attacking Iran.  He will now be demonizing Pakistan.  The Daily Beast began as a gem in Israeli agent and former Congresswoman Jane Harman’s media crown which included Newsweek as well.  Her husband was such a nice guy.  Jane, however, was the defender of Jonathan Pollard, the Soviet/Israeli agent who destroyed the CIA back so many years ago.

THE WRATH OF KHAN

The Next Prime Minister of Nuclear-Armed Pakistan Really Hates the U.S.

There is compelling evidence that the Pakistani army is supporting Imran Khan, intimidating his opponents and suppressing the press to get him into power.

The most dangerous country in the world just got considerably more dangerous. Pakistan, home to the fastest growing nuclear weapons arsenal on earth, has broken the decades old domination of its electoral politics by two family dynasties. Imran Khan, a world champion cricketer, is poised to be the next prime minister backed by the powerful army. Khan blames Pakistan’s problems on America and is the most anti-American politician in South Asia.

Imran Khan, 66, is charismatic and bold. He has campaigned for decades to break the logjam of Pakistan’s revolving elections in which either Nawaz Sharif or Benazir Bhutto and her heirs dominate the highest office of the country. Sharif, 65 and a three-time prime minister, is now in jail along with his daughter on trumped-up charges of corruption. Benazir’s son Bilawal, 29, ran an impressive campaign on his own for the first time but came in third place. Khan’s Pakistan Justice Movement (PTI) is leading the parliamentary elections with around 110-120 seats out of 272. Sharif’s party is around 60 and Bhutto at 45. These numbers are not final and there are several independents and small local parties.

Read more at the Daily Beast