Introduction:  For years, individuals have believed they were targeted, black helicopters, sonic and microwaves aimed at their homes, hacking, stalking, trolling and worse, physical assault, poisoning, induced cancer.  It is all true.

This won’t be a comprehensive discussion of that issue, just the role Facebook and social media plays in identifying “influencers” and controlling their lives.

That’s the term they use for people at the center of social groups, people who display leadership and originality.  They are identified, always have been, recruited or targeted, first on a small scale going back to the late 1940s and today, through social media mining and AI.

Influencers are subject to experimentation, torture and mind control experiments.  We have documentation on these programs, all very top secret, from the 1970s.

Writing this is a warning to some and a threat against others.  We really have it.  Be forewarned.

You are under attack.  Warning people about mind control and manipulation by organizations that, themselves, manipulate fear through controlled news media, Hollywood and, most of all today, control of social media, rings of irony.

At the heart, Facebook, Google, half of Silicon Valley under Mossad management through Unit 8200 and the media, all of it.

We aren’t just talking the obvious ones, Fox News or InfoWars/Stratfor but CNN as “controlled opposition,” MSNBC and the rest.

Behind this, Wikipedia, the smear machine, Wikileaks, the Mossad’s “lie laundry” and the very real Deep State.  We begin:

Facebook lost $124 billion last week and investors are running for cover.  This is the biggest cash hit that Israeli intelligence has suffered so far, the biggest threat thus far to their domination of America’s device addicted psychologically crippled population.

There will be no freedom until devices are rounded up, Google and Facebook are broken up and those responsible for something far worse than an alien invasion are brought to justice.

Some years ago, we recognized that something was wrong at Facebook, or as it is called at VT, “Fakebook.”  We believe it was always intended as:

Facebook’s income stream was pure “hot air,” a trillion dollar valuation made up of a hundred million fake users and the blithering inanity of the most unproductive and undiscerning people on the planet.

The money just wasn’t there.

On a small scale, we had a study group track Facebook identities of trolls, some from FBI lists, some from lists submitted by congress, some from our own.  The patterns were there and they stunk of AI fabrication, instant “public outcry” or, worse still, stalking, trolling, targeting and psychological warfare on thousands of Americans and others, attacked for their beliefs or as an experiment, pushing many to suicide.

We identified methodologies from CIA programs from the 70s, now used to radicalize through manipulated fears and hatreds, all “custom crafted” based on highly detailed personality profiling of individuals.

From here, the attacks begin, targeting identified groups, based on a series of profiles, just like the CIA’s KUBARK manual on interrogation, feeding news, email rumors, posts and comments from fake AI users and worse.

By “worse,” I mean that many users  have been manipulated into online relationships and friendships with fake/AI created identities.

Aiding them all the way was Google Corporation.  Google had militarized some years ago when it added Bush White House thug, Jared Cohen, whose “business plan” was to be the real “George Soros,” creating a massive “regime change” organization.

This is how they recruit activists in partnership with Twitter, Facebook, and YouTube.  Their most successful project so far is called ISIS or the Islamic State and sometimes “Daesh.” 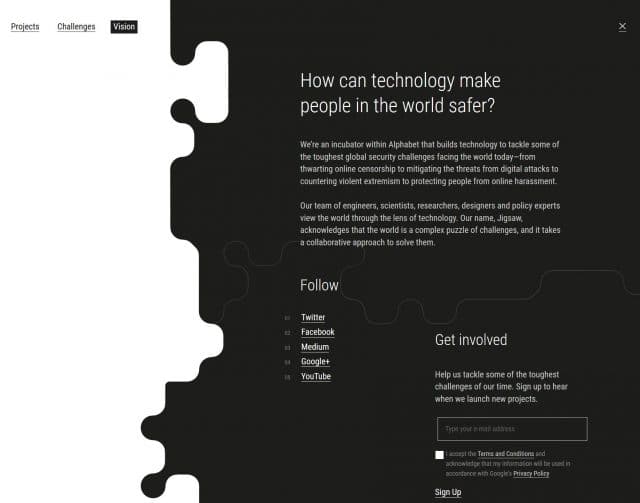 The Jigsaw organization is a combination of social media companies, tech and internet backbone providers and “kinetic” military contractors.  Jigsaw is all about drone assassinations, Jigsaw manages the White Helmets in Syria, the MEK in Iraq and Iran and the Gulanites inside Turkey.

They run the MOC control center in Amman, Jordan and operate in Yemen against the Houthi alliance defending that nation from Saudi Arabia, Israel and the United States.

They run a series of safe houses from Idlib to Azerbaijan to Bari, Italy and into France where they move fake jihadists and weapons for “on demand” events that mirror the Boston marathon bombings and the Las Vegas shootings.

None of this could be done on the scale we see it, and all of us see it. Admit it.  We all either know in our hearts or deeply suspect that the endless cacophony of staged false flag terror events have a centralized theme.

With Google and Facebook now deeply involved in defining “truth” and “reality” because, now wait for it, they themselves flooded the world with hoaxes and propaganda, the threat has never been greater.

Every single word you type into either goes toward an AI program that turns your life over to beings, real or silicon based, that mean to destroy you and everything you care about.

From Sputnik News, Moscow.  (They just don’t get it)

Time for Facebook to ‘Get Back Investors on Board’ – Strategy Officer

Facebook has lost over $100 billion of its market value as the company announced a slowdown in user growth. The plunge comes as the company revealed that three million users in Europe had left the social network after the Cambridge Analytica scandal. Sputnik spoke with Daniel Ives, chief strategy officer at GBH Insights, about the issue.

Sputnik: What is the real extent of correlation between Facebook’s share plunge and Cambridge Analytica scandal?

Daniel Ives: They have specific challenges just in terms of user growth, engagement on the platform and advertising, which is their break and butter – that’s how they got to a $50 billion annual advertising fortress. Cambridge […] has added to the headwind and I think that confluence of events all sort of hit this past quarter, and that just really blindsided [Wall] Street in terms of just how negative it was.

Sputnik: To what degree does the increase of Facebook’s expenses in the wake of the scandal make the company less attractive to investors. What’s your take on that?

Daniel Ives: I think investors are more focused on user groups engaging in advertising rather than them spending more in terms of margin scores. I think that wasn’t the biggest shock value –it really just comes down to the underlying growth metrics that they guided for. They are going to go to 20,000 employees focused on security, so obviously post Cambridge there is a massive increase in expenses. The more worrisome thing for investors is really about user growth.North America has been stagnant. […] across Europe. And I think now it’s a huge groovy period for Zuckerberg and Facebook to get investors back on board.

Sputnik: Experts are saying that Facebook could rely more on Messenger, Instagram, WhatsApp, you have mentioned those platforms in terms of increasing revenues – how much of a potential do these apps have as an advertising platform?

Daniel Ives: The best thing they have going for them is Instagram. Instagram has been the crown jewel of the platform – just massive growth. The question is can that growth be used to equalize some of the soft spots that they are seeing on the core platform.

Those are the things that they have going well. The big issue is what’s happening on the core platform in terms of slowing user growth and engagement in advertising. That’s what they have to fix in the coming six to nine months, to make sure that this is just a big speed bump, rather than hitting a brick wall.