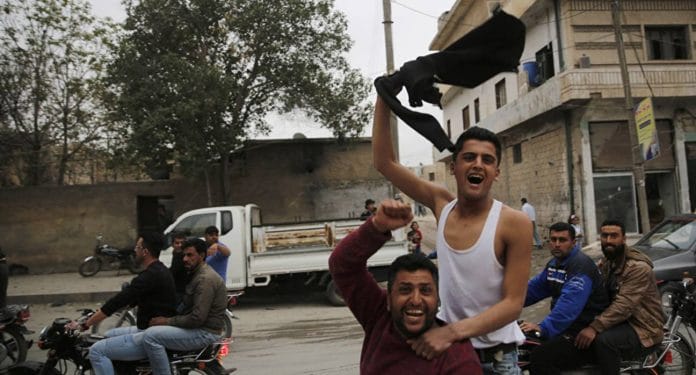 A Syrian Kurdish-led group revealed plans to move towards democracy and decentralization, as well as to set up special committees together with Damascus in a bid to finally put an end to the savage conflict.

Following a meeting with Syrian government officials in Damascus, the Kurdish-dominated Syrian Democratic Council (SDC) stated on Saturday that the sides had agreed to set up committees to develop talks on ending the ongoing conflict in the country.

The committees, which will pop up “on various levels” to sort things out in northern Syria, are set to draw up “a roadmap to a democratic, decentralized Syria”, the SDC said, as quoted by Reuters.

The SDC delegation at the Damascus talks was led by Ilham Ahmed, executive head of the council.

Riad Darar, the SDC’s co-chair, said prior to the talks that they were aimed at “working towards a settlement for northern Syria.”

“We hope that the discussions on the situation in the north will be positive,” Darar added, adding that they were being held “without preconditions.”

US, Israel Want White Helmets Out of Syria to Prevent Exposure – Ex-CIA Officer

Founded in late 2015, the SDC is the Kurdish-led political wing of the Syrian Democratic Forces (SDF), an alliance of mostly Kurdish, but also Arab militias. During the fight against the terrorist group Daesh*, they have gained control over vast stretches of land in northern and eastern Syria with the help of a US-led coalition, which make up over a quarter of the country’s territory.