Vanessa Beeley is a serious journalist. She has been exposing the US war machine and Israeli ethnic cleansers in Syria for years, and she doesn’t seem to be frightened by the ethnic cleansers in the region. Last September, Beeley took the Zionist cat right out of the ideological bag when she wrote:

“The White Helmets: Who are they, who created them, and what purpose do they serve in Syria? These questions remain largely unanswered by the governments, corporate media and NATO-aligned NGOs, including the UN, that have focused their efforts on regime change in Syria for the last seven years.”[1]

Beeley argued that far from being an independent, neutral and impartial group that seeks peace in the region, the White Helmets have been paid by the war machine in the United States, Israel and the UK to dance like puppets on the political stage. Not only that, they have been implicated in terrorist activities. For example,

“During the situation in Madaya, Syria in January 2016, the White Helmets in Idlib were photographed attending demonstrations and carrying banners that were calling for the ‘burning and destruction’ of the towns of Kafarya and Foua.

“The White Helmets also played a crucial role in supporting Nusra Front during the Rashideen massacre on April 15, 2017. Evacuees from besieged Kafarya and Foua were imprisoned in their buses for two days, with minimal food or water.

“On the third day, the children were lured from the buses by Nusra Front and White Helmets distributing potato chips. As the children surged towards the food, a blue truck drove into the crowds of children and a bomb inside the truck was detonated, killing and injuring over 300.

“Infamous ex-White Helmet Muawiya Hassan Agha was present at Rashideen when the massacre was carried out. He is known for his involvement in the execution of two SAA prisoners of war in Khan Touman, Aleppo in May 2016. I was in Aleppo one day after this tragedy and was able to speak with survivors and mothers whose children had been abducted and taken to Turkey by White Helmet operatives and Nusra Front terrorists.”[2]

VT has exposed the White Helmets as a terrorist cell as well. Countries like Japan, Holland, Denmark, Germany, Qatar, have poured millions upon millions of dollars on the terrorist organization.[3] Some of those countries probably got duped by the war machine and ended up supporting terrorist cells in Syria. 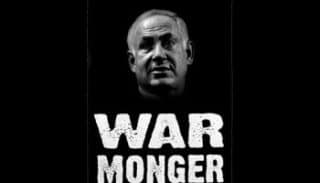 Beeley has recently taken the political bull by the horn when she said that the White Helmets and terrorist groups in the region have been rescued by Israel.[4]

This just shows again and again that the White Helmets were never independent, was never in the business of reporting true and honest facts in Syria, and was meticulously following the dictates of their terrorist bosses. Beeley knocked Israeli officials and New World Order agents out when she said:

“Israel, the nation that thinks nothing of shooting Razan Al Najjar, a Palestinian medic, in the back, was filmed offering tea and water to the criminal factions and UK, US intelligence assets on the air-conditioned buses that transported them to safety in Israel, and then Jordan.

“The latter has, so far, received more than 400 of these celebrated “humanitarians.” Their exploits inside Syria dishonor the term for all authentic Syrian Civil Defence and paramedic volunteer organizations who did not jump ship, leaving civilians to perish at the border while they were given priority in Israeli ‘lifeboats.’

“This is not the first time that the White Helmets, and the armed groups for which they provide cover, have received “exceptional” protection from their handlers and paymasters in the West.

“Special requests for their priority extraction from East Aleppo and Eastern Ghouta were submitted by UN agencies during the final battles to liberate these two areas occupied by Western and Gulf state-backed extremist groups, including Al-Nusra Front.

“On the March 16, 2018, the permanent Syrian representative at the UN, Dr Bashar Al Jaafari  told the UN Security Council: ‘The biggest scandal is that a UN agency operating in Damascus demanded the evacuation of 76 members of White Helmets from Eastern Ghouta, while paying no attention to the lives of thousands of civilians.’”[5]

Beeley is certainly marked for death because she is screwing the New World Order ideology, which she said was desperately trying to overthrow the Syrian government and “rape” Syria.[6] But Beeley was just getting started. She moved on to say:

“The same armed groups, who have conducted their brutal sectarian attacks at the behest of their financiers in the West, have just availed themselves of Israel’s services to escape the consequences of their violence and atrocities committed against the Syrian people. All the while they have been aided and abetted by the ‘untouchable’ White Helmets.

“In Iraq and Afghanistan, the UK Government abandoned local military and media interpreters and fixers to their fate when their usefulness had expired. In Basra, after the Iraq War of 2003, interpreters who had served with the British Army were reportedly hunted down by Iraqi death squads and systematically murdered. Their bodies were unceremoniously dumped in different areas of the city.

“The Independent reported in 2008 that ‘in a single mass killing, 17 interpreters were killed.’ Their blood is on the hands of the British government who left them to die. Interpreters who had served with the British military in Afghanistan met with a similar, shameful fate at the hands of the British government, who cynically exploited their skills during the conflict but discarded them when they became surplus to requirements.

“In 2016, 29-year-old former interpreter Nangyalai Dawoodzai committed suicide after hearing ‘he may be deported from the UK back to Italy and from there, potentially back to Afghanistan’ – where almost certain death lay in store for him.”[7]

Beeley should be praised for what she has been doing, and we hope that she will continue to demolish the ethnic cleansers blood suckers in Syria.