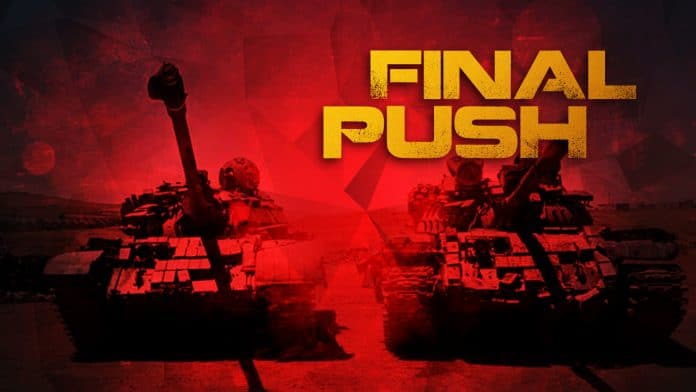 Militant groups in the province of Idlib have started an active phase of preparations to counter an expected advance of the Syrian Arab Army (SAA) in the area.

According to pro-militant sources, the operations room unites about 70,000 members of various militant groups. However, this number looks overestimated.

On the same day reports appeared that leaders of Idlib militants and Turkish officials met in the Turkish capital of Ankara to discuss the future of Idlib. Turkey, as one of the main backers of militants in the province, is deeply concerned by the upcoming SAA operation because the defeat of Hayat Tahrir al-Sham, Jabhat Tahrir Suriya and other groups there will boost positions of the Damascus government and decrease the Turkish influence in northwestern Syria.

In southern Syria, the SAA continued its operation against ISIS liberating the town of Abidin and nearby points east of the Golan Heights. Government forces also advanced on the ISIS-held town of al-Shajarah. If the SAA liberates it, only 4 relatively large settlements will remain in the hands of terrorists there.

On July 28 and July 29, ISIS members carried out two attacks against the SAA in the eastern part of the province of Deir Ezzor. Main clashes took place near the towns of Hasrat and al-Majaudah, in which the SAA allegedly suffered some casualties. However, all the attacks were repelled.

Currently, the Syrian-Iranian-Russian alliance is focused on combating radical armed groups in the southern part of the country. According to Syrian leadership and local sources, as soon as this operation is finished, the SAA will start preparing for operations against the remaining cells of ISIS in the central desert and Hayat Tahrir al-Sham-led forces in the province of Idlib.