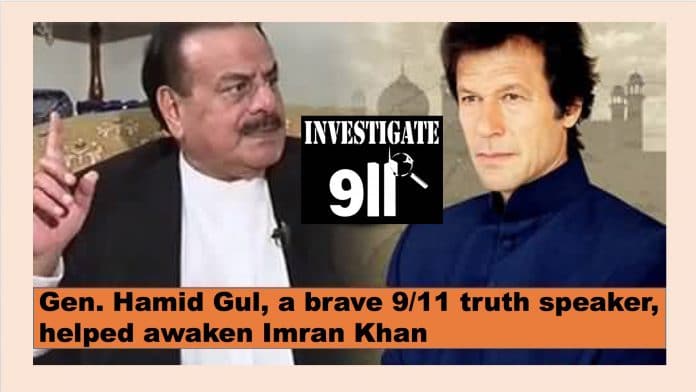 First half hour: Zaid Hamid of the Pakistani strategic think tank BrassTacks takes a guardedly optimistic view of the recent election of Imran Khan as Pakistan’s new President. Imran Khan is on board with the Veterans Today team, meaning he is aware that 9/11 launched a war on Islam for Israel—and that using false flag terror to turn Pakistan into a failed state (and then taking away its nuclear weapons) is a major objective of the neocon-Zionist team that staged the 9/11 coup d’état. But is Imran Khan sophisticated and experienced enough to wage an effective counter-neocon campaign? Or at least to listen to experienced advisors? Zaid Hamid prays that such is the case.

Listen to one of Imran Khan’s biggest influences and closest advisors, the late Gen. Hamid Gul, on Truth Jihad Radio (recorded in June 2011).

Second half hour: Whistleblowing former World Bank economist Peter Koenig is not sure Trump knows what he’s doing. But Peter hopes that Trump’s actions—chaotic and poorly-thought-out as many of them seem to be—are paving the way for a deglobalization that will help ordinary people regain power usurped from them by predatory elites. So is Alex Jones right that Trump is a warrior against the New World Order? Listen and make up your own mind.